In South Korea the first lettuce and herbs have been harvested in the TAPKIT units that EZfarm purchased. Harvesting under these cold conditions is the first for the relatively new greenhouse kit. 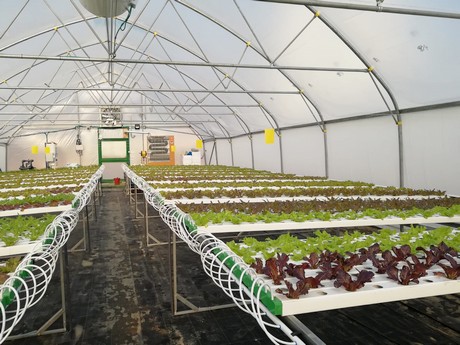 Teshuva Agricultural Projects (T.A.P.) supplies the TAPKIT - a 500 m2 hydroponic unit, in three different versions, depending on the climate of the project. CEO Avner Shohet: “For colder climates such as South Korea we adjusted the greenhouse with a double layer of Polyethylene. The hot air between the two keeps the inside climate warm enough to grow the crops. In the summer we will install a Roots system, which supplies cool water in summer and warm water in winter, resulting in the perfect temperature year-round.” 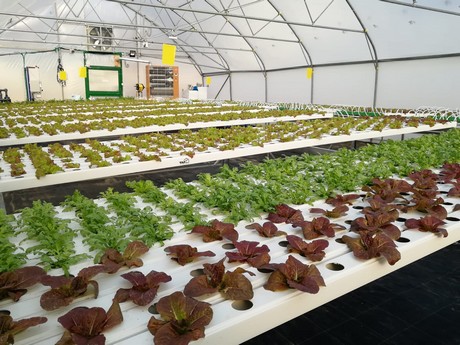 EZfarm purchased two units as a demo farm. They are T.A.P’s exclusive distributor in Korea and will be selling the greenhouse kits throughout the country. Avner: “The installation was finished a month ago and in the last three weeks they got many visitors that were really excited about the quality of both the systems and the production.”

In Korea some growers grow vegetables in regular greenhouses, but the majority grow outdoors. Because of the cold winters, growing vegetables that way is only possible in summer. Avner says it is the main goal for the TAPKIT to act as an affordable solution for small farmers. 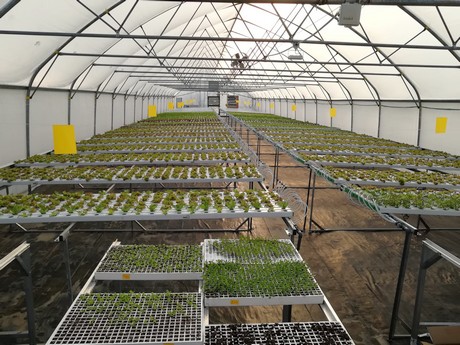 With all three modules of the TAPKIT operational – the one for cold climates in South Korea, the one for sub-tropical countries like Israel and the one in Philippines  which is suitable for tropical areas, one of which will soon be operational in Mauritius  – T.A.P. is looking for additional distributors in different countries.