Jordan back at Fruit Logistica after 5 years

This year, the Jordanian Exporters and Producers Association for Fruits and Vegetables (JEPA) returned to Fruit Logistica. They attended this world-renowned trade show, held in Berlin, after an absence of five years. They did so under the name 'The Taste of Jordan'.

Five Jordanian fruit and vegetable exporters promoted their products, together, in one stand at the trade show. They were able to do so thanks to encouragement and assistance from the Netherlands. Representatives from another 20 Jordanian companies also visited Fruit Logistica. They wanted to get ideas and were given a tour of the Dutch halls.

Ibrahim Al-Shahahdeh, Jordan's Agricultural and Environmental Minister was also at Fruit Logistica. He spoke to delegations from both the Dutch Ministry of Agriculture, Nature, and Food Quality (LNV) as well as the GroentenFruit Huis. 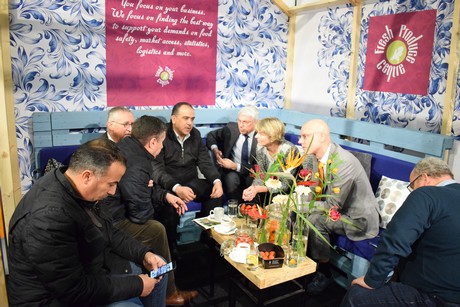 "Jordan is ready to meet European standards. We are hoping for increased cooperation", the Jordanian Minister emphasized. Companies in Jordan do not only want to get to know the Dutch business acumen.

Jordanian businesses also want to learn about the logistical hub function that the Netherlands fulfils. Jordan sees itself fulfilling the same role. The country wants to further develop itself as a logistical hub in the Middle East.

Representatives from the Netherlands will provide coaching for the fruit and vegetable sector in Jordan. This training will happen over the next three to five years. It will take place by means of the Business Export Coaching Project.

"Jordan is a stable factor in the Middle East. It is taking in many refugees from the surrounding region. This makes it a very important country for the world. We think it is important to support them in their endeavor to promote their trade relations", says Inge Lardinois of the LNV.

The five companies that made up the JEPA stand were all very enthusiastic about their participation in the trade fair. There was a lot of interest in the Jordanian products. These included medjoul dates, strawberries, fruit-vegetables, and ready-to-eat salads. 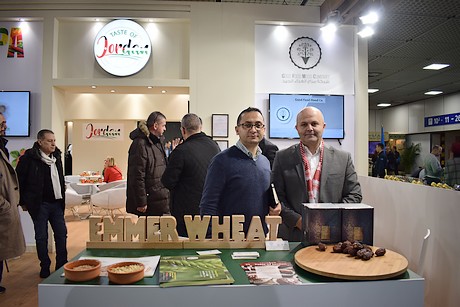 Ahmad Nassal and Luad Abu Awad are from the Good Mood Company in Jordan. They were at Fruit Logistica for the first time. They were offering organic Medjoul dates. 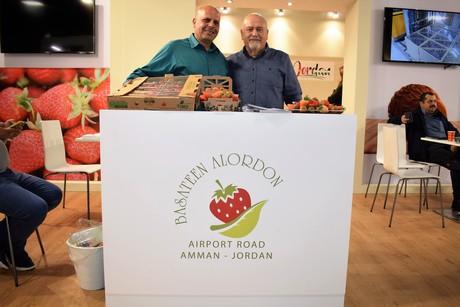 The Jordanian Exporters en Producers Association's stand smelled completely of strawberries. These were from Yacoub Miguel and Ans Bahou of the Jordanian company, Basateen Alordon. 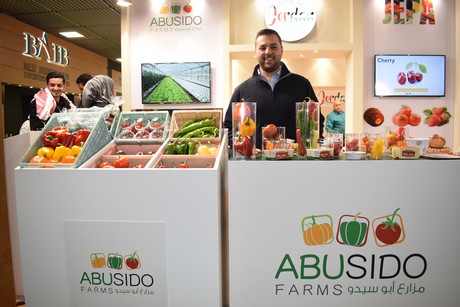 Mohammad Hasan Abusido of Abusido farms was a Jordanian fruit-vegetable pioneer at Fruit Logistica. “In Jordan, we produce summer crops in wintertime”, he explains. 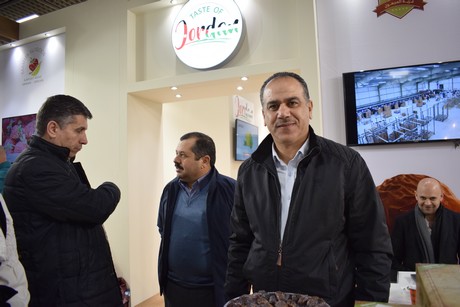 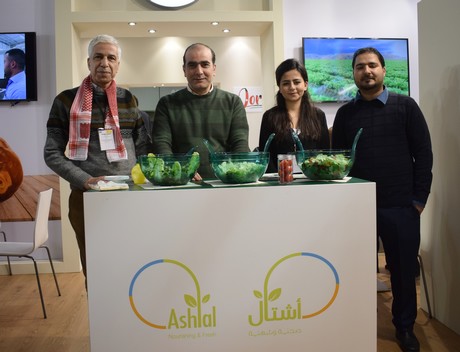 Freshly packaged salads will all the needed certification. Ashal, a Jordanian company, can supply these directly to retailers. Pictured here is the company's Jamal Obeid, Nidal Dwekert, Batod Al-Zayadin, and Hassan Al-Hourani. 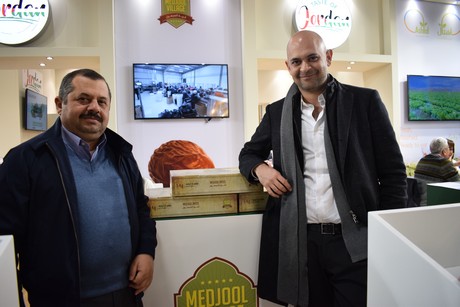 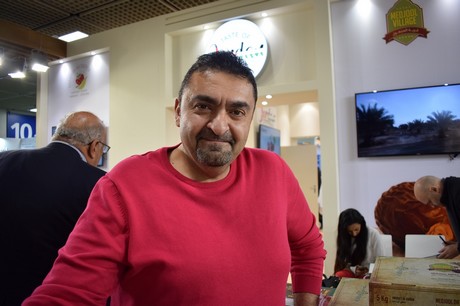