HortiContact comes to an end

The aisles were filled up nicely Wednesday at HortiContact - a great exhibition day. Yesterday was a bit more quiet, but still no reason to be bored for the exhibitors at the show held annually in Gorinchem, Netherlands.

On Monday we will show you exactly who was there when but for now you'll have to deal with our sneak peek. 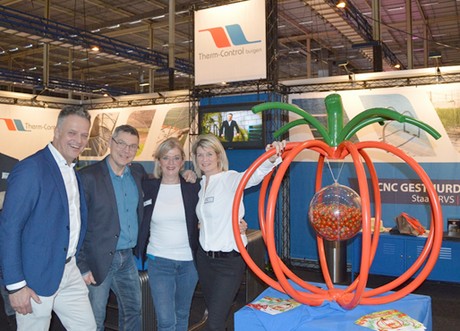 John van Hagen, Mart van Zeijl, Tineke Jas and Simone van Hagen from Therm-Control Buigen next to the large tomato that decorates the exhibition square in front of the Evenementenhal main entrance. 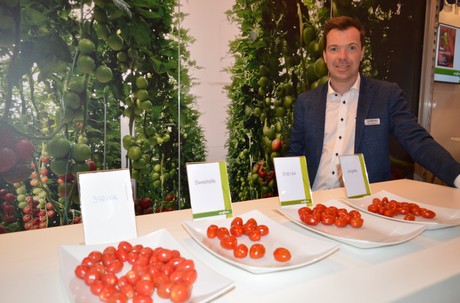 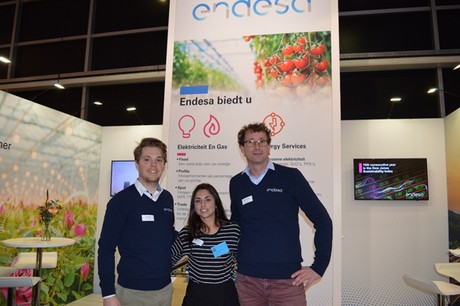 Jelle Blom, Núbia Ramos and Pieter Mulder from the energy company Endesa that this year celebrates ten years being active in the Netherlands. 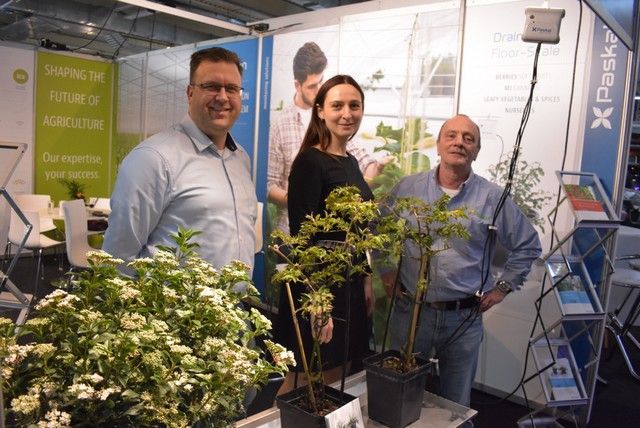 Last week still in Berlin, but now in Gorinchem not only to show the weighing system to the Dutch growers, but also to celebrate the tenth anniversary of Joost van Rooij's 31st birthday! In the middle Olga Sholomova, on the right Eliezer Adania. 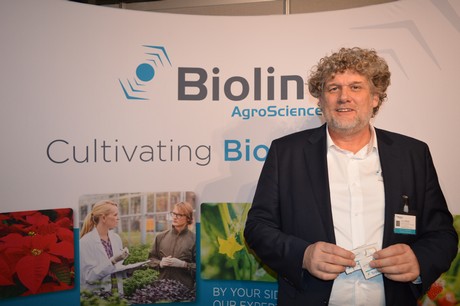 Simon Bremer from Bioline offers with Tricholine a solution for Tuta Absoluta, Turkish moth and Duponchelia fovealis. There are 2500 parasitic wasps in a dispenser. 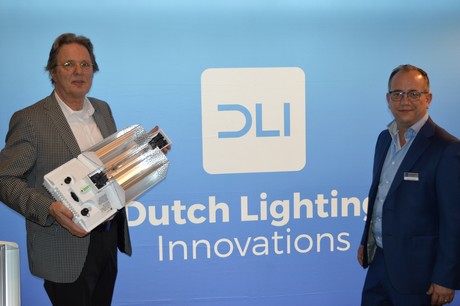 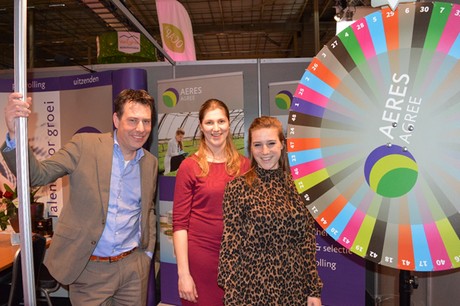 A career wheel at Areas Agree with in the picture: Martijn Haas, Lucy van Rijswijk and Laura de Veer. 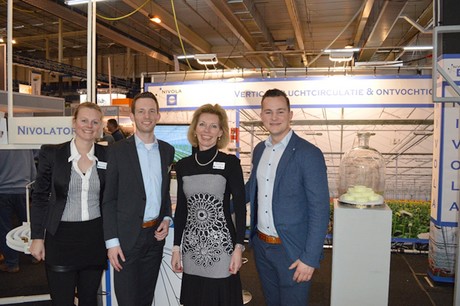 In addition to sulfur tablets and climate control solutions, you can also play darts at Nivola. An undisclosed editor of Groentennieuws managed to hit a triple 20, who can beat that? On the photo: Marion Lestraden, Matthijs Caspers, Lucienne Lestraden and Merijn Hesmerg. 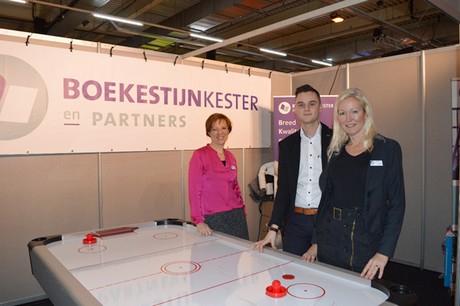 An air hockey table at BoekestijnKester en Partners with in the picture Mariska Hilgevoord, Luuk Kester and Elianne Korff.