Double Tray System for propagation in trays without concrete floors

One Greek company that has come through the country’s recent economic crisis successfully is INA Plastics SA, a manufacturing firm specializing in thermoformed pots and horticultural trays.

In 2012, INA introduced their innovative and 100% recyclable ‘Double Tray System’ (DTS), consisting of a top layer for sowing and transplanting plugs and root cuttings, and a rigid bottom layer that provides support when suspended on propagation rails.

Particularly popular in warmer climates, the DTS has been incorporated by all the major seedling producers in Greece, and is widely used in Israel (Hishtil), South Africa, Turkey and Italy. Other countries currently evaluating the product include Spain, California and Mexico.

“The tray can sit on rails because usually propagators don’t have tables in their nurseries - they’re using rails, so the tray has to be firm enough to sit on two edges. Also DTS can be seeded on the automatic sowing machines used in the market, in exactly the same way that Styrofoam trays do. 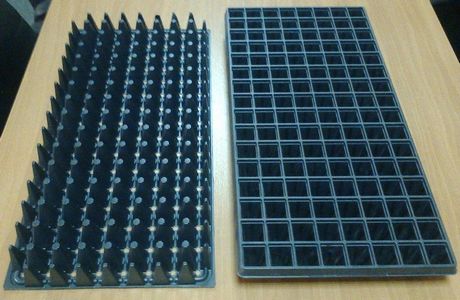 “What we’re doing is giving the nursery the chance to use the tray sitting on a base. The base can be used again and the top tray can be dispatched on trolleys to the growers,” said INA’s Jacob Tsonakis.

The DTS is an inventive way for nurseries to propagate in trays without the need to invest in expensive concrete floors, and it’s available in various sizes. It also comes with a very affordable price tag, because the base can be re-used by the propagator.

“Both of these trays are under a Euro so the expenditure would be under 50 cents for the propagator,” says Tsonakis.

In terms of sanitizing, propagators are encouraged to use a new top tray each time because it is made of coagulated Styrofoam beads that can harbour pathogens; but the plastic bottom layer can be disinfected easily.

“A lot of nurseries are using light chlorine solutions and the disinfection process is very quick, because all these trays fit together so in a barrel of chlorine you can fit 50 or 60 trays at one time,” he says.

Once sterilized, trays can be re-used up to eight times (based on feedback from Greek companies who use the DTS), although this is heavily dependent on how well they’re looked after by nursery workers. 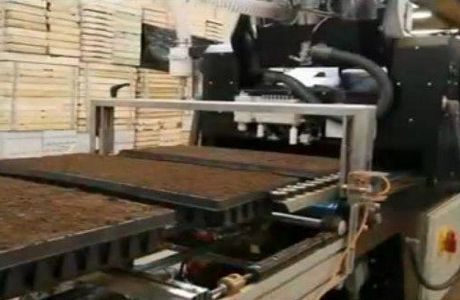 “It has to do with how careful people are in the nursery and if they don’t throw bases away and kick them about.

“In South Africa they last less than a year; so it depends on the level of vandalism and how careful people are,” concludes Tsonakis.