Organic farms achieved a higher balance than conventional farms during the period 2011-2020. The balance is the difference between revenues and costs. In 2020, the balance for organic farms averaged 110 thousand euros, almost a quarter higher than that of conventional farms, where the balance averaged 89 thousand euros. This is according to a CBS study on the financial data of farms in the period from 2011 to 2020. 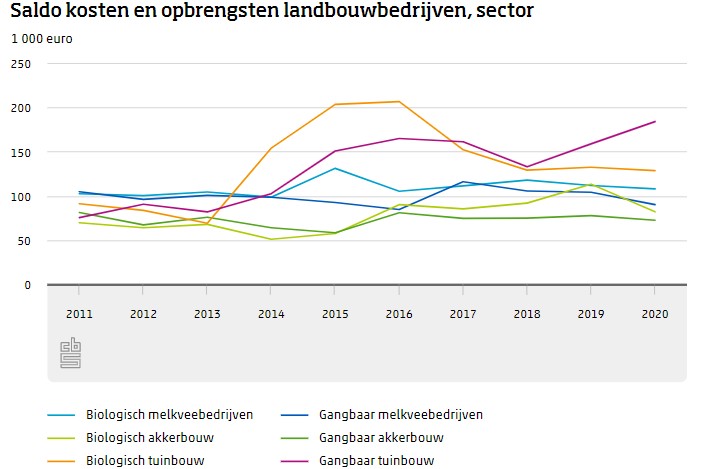 Varying picture among horticultural farms
When comparing organic and conventional horticultural farms, the picture is highly variable over the years. The balance of organic horticulture farms shows a peak of 50 percent in 2014 compared to the conventional sector and a valley of 30 percent in 2020. This varying picture is caused by the large heterogeneity in activities (e.g., ornamental crops, greenhouse horticulture, vegetables open ground) and difference in average farm size.