"Moisture is the big danger in the next two months" 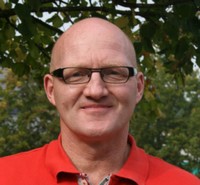 The energy and gas crisis has had a major impact on tomato cultivation. This is clear to Delphy's Joop Verhoeven. The Senior Advisor of Tomato and Pepper says: "Two years back, in 2021, there were 1,800 hectares of year-round tomatoes in the Netherlands, which is now about 50 hectares less for the coming season. This is also partly because some growers are switching to cucumbers due to the virus issues."

Joop also sees a change in tomato planting dates. "Usually, three-quarters were planted in December and a quarter in January; now it's more half and half. Some departments are even left temporarily empty until winter is over."

Most of those tomato growers are well-equipped, with CHP and a good energy contract, so they can continue well into winter. "I expect some 700 ha to be planted in December, another 700 in January, and the remaining 350 ha will then follow in late February, early March."

Less lighting
Joop sees another important shift in tomato cultivation: where they used to have 800 hectares of cultivation under light in the Netherlands, less than 100 hectares of that is now left. "October was normally the start of the crops under light, but that month is much quieter for me now than other previous years."

So the total area under tomatoes is shrinking, and crops that were previously lit will now start in December/January, but without additional lighting. "The growers who do still use lights have good contracts with buyers and a price correction due to rising energy costs. But overall, you can say that tomato cultivation under light has become minimal."

Everything comes together in May
Because of that decline in exposed cultivation, Joop holds his heart when he thinks of May. "Everything will come to market at the same time. Previously, those 800 hectares of cultivation under light ended from May, and you no longer had peak production there. Now everyone has peak production in May and June, and that is usually accompanied by poor prices."

Joop also expects overall production to be lower. "People with lighting had about 100 kg per square meter, unlit it is more likely to go towards 70-75 kg." So overall production is going down, and someone has to fill that gap. "In the case of northern Europe, that will probably be Morocco. Spain, for example, is just a bit less suitable for year-round production; too hot in summer and too dark and cold in winter."

Different cultivation strategy to save energy
Joop also notices that energy saving plays a role in changing the cultivation strategy. "We are now getting questions like: 'We must not use more than 0.7 cubic meters per week next month. How should we go about it?' Until recently, everything was about growing the best possible crop. Now the focus is more on energy management."

You see this higher humidity, for example, with growers who have switched from SON-T to LED. "With SON-T, there was a lot of heat development, so you opened your windows more often. With LED, you have much less heat development, so the windows stay closed while evaporation by the plant continues. That, in turn, causes lower quality flower and pollen."

Cultivation tips
Finally, Joop offers some tips for growing tomatoes. "An important question is: When are we going to deploy the little lighting you are prepared to use? Sometimes a minimum amount of light is needed to excite the plant, and you have to set that yourself. The computer doesn't do that for you. With young tomato plants, this is especially in the afternoon, when they need to evaporate more than they can absorb, which is good for bunch formation. That will be a challenge in the near future with unlit tomatoes."

So how long should that peak last? "With a young plant, you need 1 to 2 hours, but the older the plant, the longer that temperature peak should last because bigger plants can cool off more and more heat. You're talking about a temperature peak of 19-21 degrees without light and 23-25 degrees with light.

In the coming weeks, it will be extra important to minimize crop evaporation because moisture is the big danger for the next two months."

That's why lots of leaf picking is the motto. "You have to be extra focused on leaves. That also means that the interplay between labor and the cultivation of people has to be good."