Auction sales at ZON grew by 35% this year

ZON's move to boost auction sales can certainly be called successful. "Thanks to the cooperation with Kompany in clock sales of cucumbers and the expansion of the Spanish offer, we have sold 35% more at auction this year," explains clock sales manager Els van Herpen.

Meanwhile, the Spanish season is in full swing. Given the situation in the Dutch greenhouse market, expectations for the import season were high. Yet the market situation varies quite a bit per product, Els observes. "For instance, sales of Spanish tomatoes were difficult in the first few months. There was Dutch supply in the market for longer than everyone expected. As a result, we also delayed the clock sales of Turkish tomatoes. We only started this last week with limited volumes."

"Other products did start with high prices. For instance, we saw high spikes in the prices of cucumbers and aubergines at the start of the season. The pepper market is also well-balanced. In other years, we sometimes saw larger stocks in the market at this time," says the auction sales manager. ZON has now gathered around it a good number of Spanish cooperatives that supply greenhouse and field vegetables to the cooperative in Venlo. "But we are also looking at other origins. Until this year, Spanish tomato acreage showed a declining trend. So from our Spanish suppliers, we are also supplied Moroccan tomatoes, mainly round tomatoes." 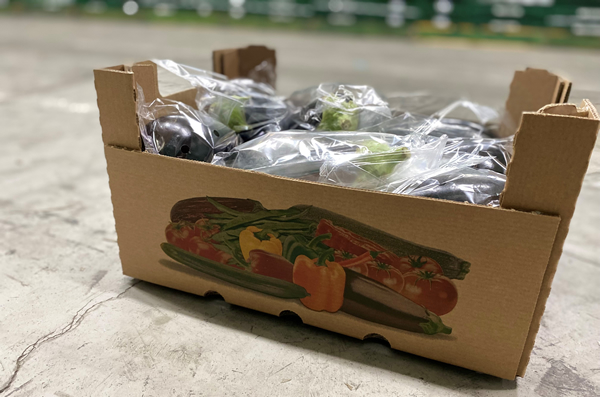 The move to the new auction room also went well. "Our old program was running into its limitations. With the new Kosmos auction system, we are completely up-to-date again and can develop further. For instance, it offers the possibility to auction by name, to display photos, and we are in the cloud. That makes it all a lot more flexible!"