The numbers are daunting. According to IRI retail data for November 2022, it’s been 17 consecutive months of unit volume being down for fresh produce. Yet, while unit volume is only up 3.7 percent over 2019, dollars were up 21.6 percent for the same time period.
“This is not just in produce. In fact, produce is one of the better performers in the marketplace,” says Anne-Marie Roerink 210 Analytics LLC.

We don’t have to look too hard to know what’s going on. “Americans’ credit card debt has reached record highs, and the savings rate has plummeted from 20 percent in January 2021 to 3 percent today,” says Roerink. Consumers are turning to the only way to save in today’s market, by buying less.

Notably, when comparing the volume of pounds today vs. 2019, the pre-pandemic normal, more pounds are still being sold today. “It’s a story though of relative performance,” she says. “A lot of meals have moved into the home, and while they’re still selling more pounds, it’s not the kind of pounds you would expect based on the number of meal occasions that have moved home.” 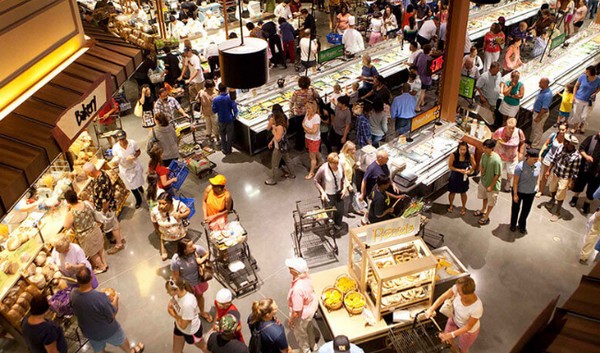 Roerink says a lot of meals have moved into the home, and while fresh produce is still selling more pounds, it’s not the kind of pounds you would expect based on the number of meal occasions that have moved home. Photo: Wegmans

Turning to canned, jarred, and frozen
Meanwhile, frozen and shelf-stable produce is growing in popularity with consumers. The share of fruit and vegetable dollars consumers spent grew again in November (to 15.6 percent for shelf-stable and 8.7 percent in frozen that month). The share of fresh produce was the lowest of 2022 last month at 75.7 percent.

Yet, inflation in frozen produce has skyrocketed recently. Roerink notes frozen fruit and vegetables are at more than 20 percent above a year ago, and that’s on top of the inflation in 2020 and 2021. “That’s where perception and reality come in,” she says, noting that while people perceive fresh to be high quality and more nutritious, frozen has always had the perceived benefit of price. “Sometimes that’s true, and sometimes that’s not. People think about being able to buy a big bag of fruit and not having any waste, and it’s all done for you. In a way, they compare frozen fruit and vegetables to the value-added side of the business. In that case, maybe there is a price break.”

In fact, this speaks to another trend. There’s strength in fresh produce on items such as potatoes, onions, and apples. “While it’s the season we’re in, people are looking for items that are going to last longer,” Roerink says.

Frozen is also making gains with younger generations, such as millennials. While boomers associate frozen food often with bad quality and high sodium, millennials have more positive connotations, such as high quality and convenience. “So there’s the big switch happening in dollars from boomers to millennials, a generation who has a great love of frozen,” says Roerink. “It’s likely we’ll see more competition coming out of that frozen food aisle.” 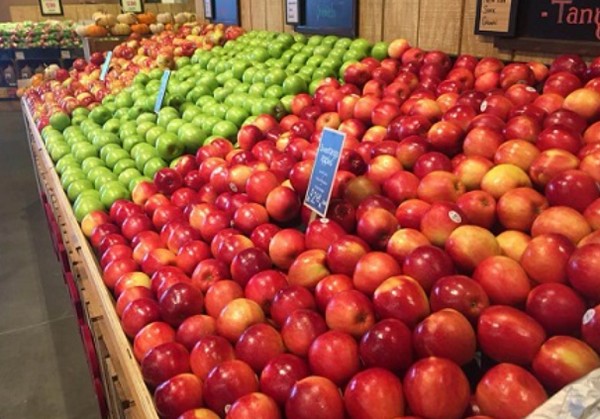 There’s strength in fresh produce on items such as potatoes, onions, and apples. “While it’s the season we’re in, people are looking for items that are going to last longer,” Roerink says. Photo: Wegmans

Bring back (more) promotions
So how can fresh make a pushback for more growth again?

Promotions are one way to do it. Notably, promotions have not come back throughout the store to where they were in 2019, particularly on the fruit side of the business. “We had 40 percent of dollars coming from promoted items meaning it was on sale in some kind of way, circular, display, price reduction, etc. Vegetables were a little lower,” says Roerink, who also adds that the promotional discounts are also not as high as pre-pandemic ones. “However, when there’s supply disruption, promoting is harder. If you don’t know whether you’ll have supplies in the warehouse, it’s hard to promote. Yet people are focused on sales promotions, and if they go to the store and you don’t have it, that’s bad for trip satisfaction.”

So what to do at a time when the top way people look to save money on groceries is by buying what’s on sale? “If you don’t have enough volume for the entire week, maybe you do a one-day or three-day promotion, and that’s where that power of social media comes in as well. It’s a lot easier to do something for a short duration,” says Roerink.

Creativity is coming into promotions as well, where retailers will promote products by overall meal price. “If you go out to dinner, you know exactly how much you’re going to spend for that one meal. If you’re in a grocery store and you buy all these items, you don’t have any idea what that boils down to per person,” says Roerink. Instead, retailers such as Wegmans are promoting buying the ingredients for a full meal at $3.50 a plate, for example.

What’s also known is that despite all the pressure on income, it is not a race to the bottom. “In a way, it would be easy if the behavior was that linear because then you know where you stand. In reality, some days, people need a rotisserie chicken and a packaged salad. Other days they want to make everything from scratch,” says Roerink.

That means there are still growth opportunities in fresh produce. “This includes things like trays or platters. On the go is back, money-saving measures are back, and having an answer for any and all is the way to keep fresh produce on the plate,” she says.