At pepper grower 4Evergreen in Steenbergen, five residential buildings for international employees were installed in two days. The pepper-growing company is also having residential units installed in Hoek van Holland. A total of 20 people will move into the housing by the end of January when the units are completed. The growers themselves 'went the extra mile' for it, says Marc Govers of Blueblox. 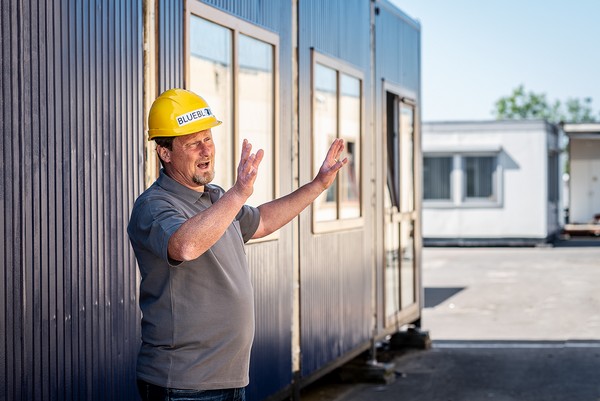 Marc, pictured here wearing a construction helmet, works both in the greenhouse, on the construction site and at the town hall to help growers find housing.

The initiator of the company specializing in housing for migrant workers first sat down with growers two years ago. "Soon, we started engineering and seeing what was possible in terms of buildings," he says. Marc soon noticed that grower Robert Grootscholte, with whom he was mainly in contact, "really had his own vision of housing." "That turned out well. Just look how beautiful it has become," he says on Thursday morning, 15 December, as work begins on placing the last units on a total of 3,000 square meters of land on Zoekweg. Installation began on 14 December. The buildings have a combined area of 750 square meters.

Not standard
A total of twenty people will live in the residential buildings in Steenbergen next spring. "There is room for forty people, but a permit has been issued by the municipality for twenty people," he said. With that, the housing meets the requirements of the Stichting Normering Flexwonen. As mentioned, the pepper growers with around ninety hectares of greenhouse in three municipalities at multiple locations wanted more than 'standard'. "Robert specifically wanted large windows and black window frames. The wooden outer façade was also a wish. Furthermore, he actively contributed to the layout, resulting in, for example, cabinets being incorporated into the walls. That is really something that came out of Robert's sleeve."

Unusually, the residential units served as an old people's home in the past. "We brought the old building to Bergschenhoek and stripped the units there. The steel frame and concrete floor are reused. However, that is eighty percent of the total weight. As a result, not unimportantly these days, we realize much lower nitrogen emissions." 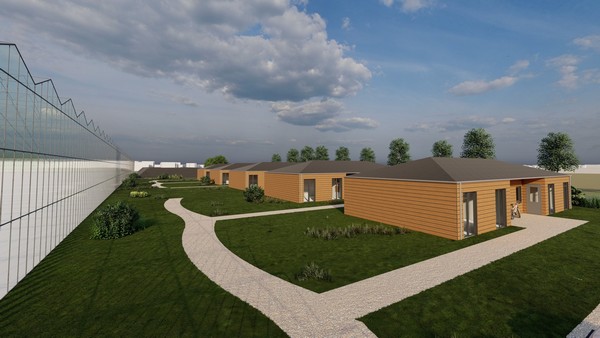 On its own land
In order to find a solution to the labor issue and retain employees, many growers are looking for ways to offer housing. By no means is it always the case that the municipality cooperates directly. Housing on the grower's land is often a stumbling block. The municipality of Steenbergen deliberately did opt for it three years ago, Marc points out. "Their own research shows that the municipality has 4,000 migrant workers for every 24,000 inhabitants. That puts a lot of pressure on the housing market. With growers, the advantage is that there is often room to build. This makes it possible to create housing relatively quickly, provided permits are issued."

Currently, Marc is in talks with about 20 municipalities about placing residential buildings for housing. Growers in the greenhouse area in Steenbergen have also now shown interest now that housing buildings are coming up at 4Evergreen. When talking to governments, despite all reports that housing issues are being rushed, he still notices that the pre-construction process takes a long time. "It sometimes seems as if every municipality wants to reinvent the wheel all over again, despite the fact that by now more and more places are showing examples of how it should be done." 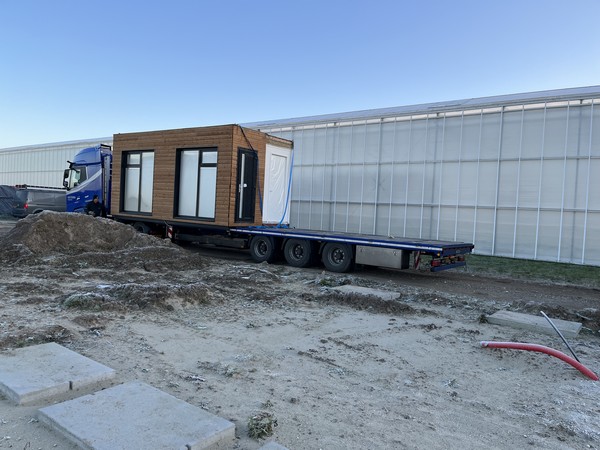 Nonetheless, it is busy at Blueblox. In February 2022, the permit for placement in Steenbergen was issued. It took six months. "Normally, after that, placement succeeds within two months. The war in Ukraine and the consequent scarcity of materials caused delays. We ourselves were temporarily at our maximum capacity. Also, everything became considerably more expensive. Materials alone, not even the biggest cost item as that is labor, went up by sixty percent."

Competitive advantage
The residential buildings at 4Evergreen will soon be an example of what is possible, provided the permits are in place. The buildings can remain in place for ten years as per the temporary permit issued by the municipality. Marc believes it can be a success. "You can easily let people live here in high standards for a year," he says.

The specialist in housing migrant workers distinguishes three groups. People who stay short term (up to about nine months), people who stay medium term, up to a maximum of two years or two growing seasons, and people who stay long term. The latter group often lives in regular housing. In all cases, "you get what you give," he says. "If the housing is neat and the facilities are good, you get good behavior." 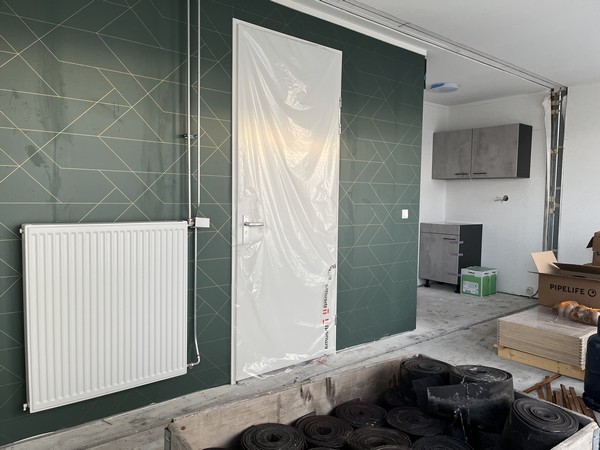 He thinks it is important that when discussing the arrival of housing, the benefits are communicated well. In this case, in Steenbergen, it means that people will be housed close to their work, putting less pressure on housing in residential areas and also reducing commuter traffic. Finally, for the grower, it means that he can attract his people better. Having their own housing branch, in the case of 4Evergreen and 4Homes, also helps. Marc: "If you can offer housing as a grower, you have that edge over the grower who can't offer it. Here in Steenbergen, that is now possible with our residential buildings." 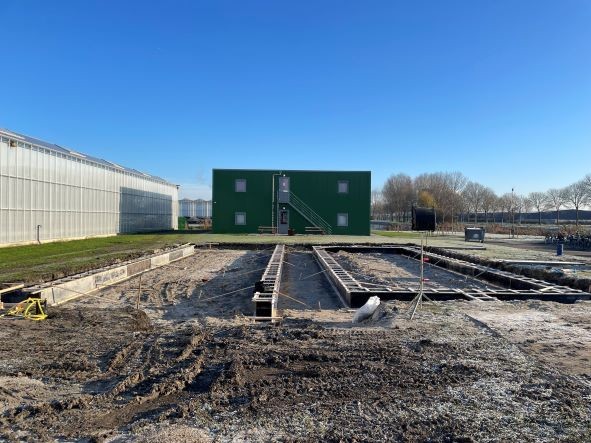 In week 50, the piles also went into the ground at Jansen Paprika in Andijk. The foundation is being poured there for the second employee hotel that will be placed there in February. From 16 December, preparations for this will start in Bergschenhoek. In Hoek van Holland, at 4Evergreen, the residential units will be placed in January.