UAE: What is the current vertical farming market doing?

After a fruitful event and two enlighting visits at Dubai's Bustanica (Emirates Crop One) farm and UNS Farms, the Vertical Farming Middle East Congress has come to an end. The Zenith Group organized a three-day event that comprised rather some fascinating topics that delivered some interesting discussions. Ongoing panel discussions at the conference

Retail prices
In supermarkets, it's visible that there are various local suppliers of lettuce. Next to that, supermarkets also have isles that include foreign exporters from countries such as Italy, the Netherlands, and Spain. Lettuce prices vary from 7.95 AED TO 20AED, of which vertically farmed lettuce falls within that region, starting from 12AED.

So, does that mean the market share is only large enough for (leafy) greens? On the contrary. During the conference and while visiting farms, it became clear that greenhouse and vertical farm players are going to invest in 'more valuable crops such as strawberries and (cherry) tomatoes.'

One of the triggers for consumers is that the products are locally produced. It's not so much the benefits of the products... Opportunities seen here are labeling on products and the continuous backing of the government as they are needed to boost these innovations through funding and awareness. 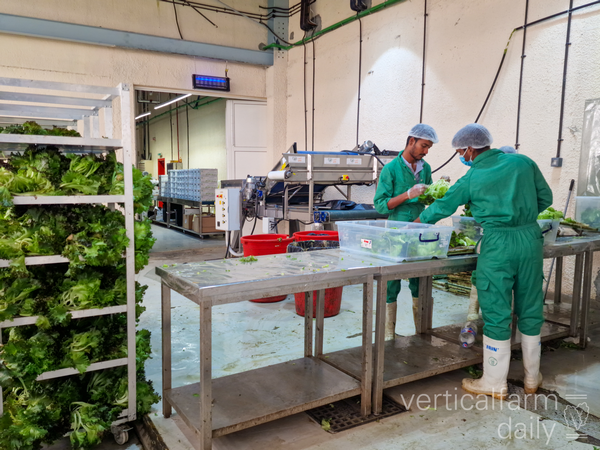 Click here to view the photo report of the farm visits to Bustanica and UNS Farms.

Is energy an issue?
As mentioned in a previous article on the event, it showed that farmers are really trying to go 'green' in terms of energy use. Though, apparently, renewable energy is not always on top of mind at the beginning of CEA projects. As more renewable energy products will start to enter the UAE, the more access there will be to it for CEA players.

Yet, some have mentioned that they already tackle this energy component through long-executed experiments. This allowed them to find out that cooling can also be done via plants when playing around with the climate, for instance... However, this technology is yet to be commercialized by farms.

What are the market expectations?
Overall, many agreed that CEA would be playing a huge role in the future of the Emirati and Middle East if they will continue to push for local production. The current climate change is only getting worse, especially the rising temperatures. It is to be expected that it will be a combination of greenhouses, hybrid- and vertical farms.

Click here to view the photo report of the farm visits at Bustanica and UNS Farms.