"The goal is to harvest almost every day, and supply lettuce to hotels and supermarkets, and of course my own restaurant”

A restaurant owner in Palau was experiencing firsthand a shortage of some products, especially lettuce and the like. However, this problem has been plaguing the island for a very long time, and consumers have historically had a very hard time to consistently score fresh produce. So, Tova Harel Bornovski, the restaurant owner in question, took the matter into her own hands. She reached out to TAPKIT and built two hydroponics greenhouses. “The goal is to harvest almost every day and supply lettuce to hotels and supermarkets, and of course, my own restaurant.” 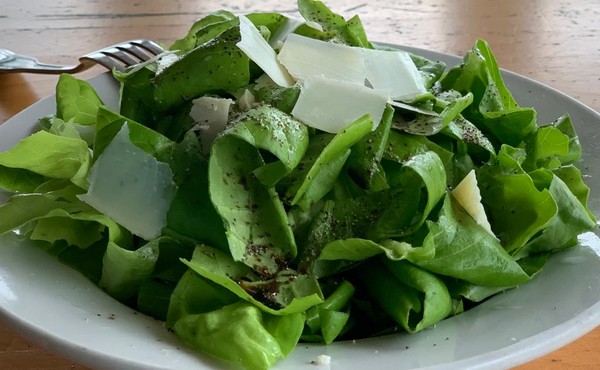 No lettuce?
Tova doesn’t only have a restaurant and greenhouses, but she also owns a diving business. “Bluntly put, we need supplies,” she points out. “We need to buy lettuce, for instance. Sometimes, coming ships don’t have any of that. Or even worse, it is rotten by the time they dock here. In other countries, that would be considered garbage, yet sometimes we have to make do with what we got.” This also has driven the prices up exponentially, to the point of being ridiculous. “Once, I saw a supermarket selling romaine lettuce for 11 dollars per pound,” she says. “And the iceberg lettuce was for 6 dollars. Considering that lettuce is mainly water, that’s very pricey water. It’s a real, big issue here, so that’s why I decided to start growing that produce locally. The first week that we started selling, there was no lettuce at all in Palau because the ship didn’t come. So, they all flocked to me to get some supply.” 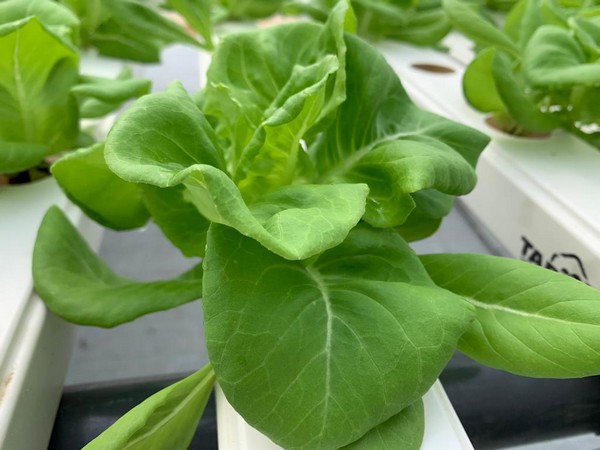 That’s indeed very promising both with regards to providing a constant supply of produce to the island and from a financial standpoint. Curiously enough, though, Tova was not a commercial grower, even though she admits agriculture and growing have always been her passion. “That’s why I selected the TAPKIT greenhouses,” she says. “I was in contact with another company initially, but I really liked the idea that TAPKIT would come as a kit in a container. On top of this, the company has already successfully installed those greenhouses in tropical places, so the decision was ultimately a no-brainer.”

A complete kit
Having the greenhouse come with all that’s necessary to operate surely gives a huge peace of mind, but operating it is a completely different beast. “We got help from agronomists from TAPKIT,” she explains. “Growing here can get quite complicated because global warming is an actual threat here. The weather has been very strange, and sometimes it’s hard to predict. For instance, initially, I planted Salanova salads, and we had a successful cycle. Then, we tried to transplant that from the nursery into the tunnels, but we had extremely hot days, and the plants suffered. We are trying to look for a solution for that because while some crops might be very susceptible to heat, others don’t care at all about that. It surely is a learning process.” 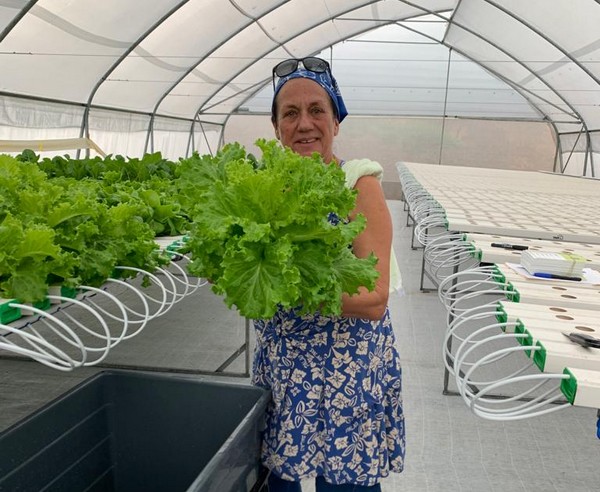 According to Tova, the TAPKIT greenhouses come with a lot of automation and computerized equipment, making it easy for new growers like Tova to start up their businesses and have an actual impact locally. “I am not doing this for my personal business. This is more of a national need that I felt I had to address and find a solution for.” And while Tova might be new to this world, she is doing great. “Knock on wood, we haven’t had any pest or pathogen so far. From my knowledge and speaking with other growers, the main issue is humidity and fungi. But we are in a contained environment, and we make an effort to have proper air circulation, as well as using the sticky traps that came with the kit to catch pests before it’s too late.” 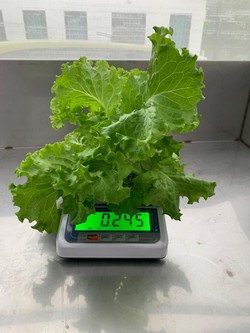 So, Tova will continue to fine-tune her processes and work towards providing Palau with a constant supply of fresh produce and herbs. “We need to find those varieties that perform the best and focus on them. Then, we need to grow them in such a way that we can harvest every day to supply the needs of Palau. Some varieties started off amazingly but then didn’t live up to that. Others are doing ok. Surely, we need to understand if the poor performance was just a coincidence or was because the time of the year wasn’t the right one. So, maybe we’ll try those varieties again in 6 months or one year and determine which is suitable for our model.”