Legislation to be debated by Peers in the House of Lords over the coming weeks could help unlock the UK’s global leadership in plant genetic science and encourage additional investment in research to help address the most pressing agricultural challenges of today.

According to Professor Mario Caccamo, CEO of the UK crop science organization NIAB, precision breeding techniques such as gene editing will help accelerate the development of crops that are higher yielding, more nutritious, more resilient to climate change, and less reliant on pesticides or fertilizers. But he warns that attempts to add more layers of scientifically unjustified precaution to the Genetic Technology (Precision Breeding) Bill could blunt Britain’s gene editing revolution.

It is the first time in decades that UK regulation has sought to enable, rather than restrict, the use of advanced genetic technologies in agriculture. Interest in Britain as a potential location for research investment is already growing as a result. 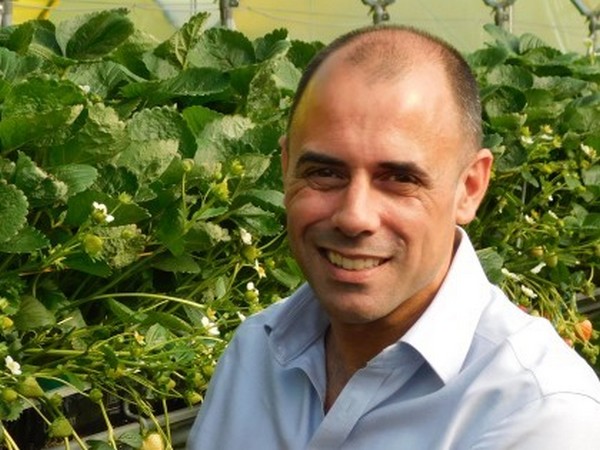 For the past 20 years or so, the direction of travel for investment in crop science has been one-way – out of the UK to regions of the world such as North and South America, which have adopted more favorable regulatory regimes.

Over that time, remarkably and thanks to public sector investment, the UK has retained its leadership in fundamental plant genetic science and gene discovery research. This new legislation could help accelerate the private sector investment needed to unlock potentially significant advances for more sustainable farming systems, reduction of waste in the food supply chain, improved nutrition, and climate resilience.

Indeed the introduction of the Bill, and the approval earlier this year of a more proportionate regulatory regime for experimental field trials of gene-edited crops, have led to positive conversations between NIAB and prospective research partners and commercial investors.

We are already seeing increased interest in UK-based research investment and strategic partnerships as a result of the Bill and the signals it sends that Britain’s policy and regulatory framework is set on a more pro-innovation trajectory outside the EU.

Importantly, that interest is coming not only from investors at home but also from overseas.

Potential investors and research partners are interested in accessing the genome sequencing and gene editing expertise available at NIAB in cereal, pulse, and horticultural crops, as well as our state-of-the-art glasshouse facilities and nationwide field-trialing and data science capabilities.

Strawberries
NIAB is already leading a number of research projects involving gene editing whose prospects of commercial application could be boosted by the Bill’s provisions, including coeliac-safe wheat, enhanced nitrogen and water-use efficiency in wheat, and flowering time variation in strawberries to extend the domestic growing season.

The focus of gene editing research at NIAB is to help develop crops and farming systems that are less dependent on chemical pesticides and fertilizers and which reduce the climate change impact of agriculture.

These are all important objectives, shared widely across the political spectrum, for which new breeding technologies can offer tangible solutions. Given the pace of climate change and the insecurity of global supply chains, there is no time to waste.

It is, therefore, disappointing, as the Bill reaches a critical stage in the House of Lords, that some Peers appear intent on ignoring the science and playing politics on such a critical issue.

No greater risk profile
The underlying premise of the Bill is that a precision-bred organism could have occurred naturally or as a result of conventional breeding. Scientific opinions from the Government’s own independent scientific advisers, as well as eminent regulatory bodies such as the European Food Safety Authority (EFSA) and Health Canada, have confirmed that the risk profile of gene-edited crops are no greater than for conventionally bred crops.

Our existing regulatory regime for conventional breeding, which over its 100-year history NIAB has played a key role in developing and refining, has operated for decades with an impeccable track record of safety and efficacy in bringing improved crop varieties to market. This system could apply equally to varieties developed using precision breeding techniques.

Through amendments to the Bill seeking to add more layers of unnecessary regulation, whether in relation to additional public good criteria, statutory labeling, environmental risk assessments, and new food and feed regulations, we are not only ignoring the science – which confirms that the risk profile of precision bred products is no greater than conventionally bred – but also the damaging precedents for such a course of action.

It is worth remembering the impact of the last major overhaul of our genetic technology regulations that took place more than 20 years ago.

In the mistaken belief that adding layer upon layer of regulatory checks and safeguards would instill public trust and confidence, new requirements on GMO products were introduced across the board, from stricter labeling and traceability requirements to additional feeding studies, assessments of long-term, indirect, and accumulative environment effects, and new post-market monitoring obligations.

Rather than promoting public confidence, these disproportionately precautionary demands simply fuelled increased consumer perceptions of risk. This resulted in the near total shutdown of GM research activity in Europe, rapid disinvestment from the region to other parts of the world with more favorable regulatory regimes, and widespread exclusion of GM products and ingredients by EU supply chains. In the meantime, the continent continues to depend on millions of tonnes of imported GM feed, and European farmers, the food industry, consumers, and the environment have missed out on the most rapidly adopted crop technology on record.

A recent study by Japanese researchers has confirmed this effect. Government regulation can and does influence consumer perceptions of risk and benefit. This comparison of consumer attitudes in the US, Germany, and Japan found that more restrictive regulation of gene-edited foods tends to increase, rather than allay, public concerns and perceptions of risk, while consumers in countries with less strict regulation are more likely to recognize the benefits of gene editing in food and agriculture.

Over the same period, the technology increased global food, feed, and fiber production by nearly 1 billion tonnes while helping farmers to reduce the environmental impact associated with their crop production practices by over 17 percent. GM crop adoption has also reduced carbon emissions by 39.1 billion kilograms, arising from reduced fuel use of 14.7 billion liters and equivalent to removing 25.9 million cars from the roads.

All the while, there has not been a single substantiated case of harm arising as a result of the technology. As Nobel prize-winning scientist Sir Richard Roberts recently observed, “For 30 years, we have been growing these crops, and people have been eating them, and there has been not a single problem.”

Against a background of war, climate change, and rising food and energy costs – and with 10 billion mouths to feed by 2050 – farmers around the world will need access to all the tools available to meet the global food security challenge sustainably.

Politicians, regulators, and lawmakers should be very careful what they wish for in seeking to impose scientifically unjustified hurdles to the use of new breeding technologies, as they will disincentivize their adoption, undermining the ambition for Britain to become a science superpower.

Professor Mario Caccamo was appointed as NIAB CEO in October 2021. A computer scientist, he has over 20 years of experience in life science research and big data, including specific projects to apply the latest DNA sequencing technologies and bioinformatics methods to advance scientific understanding of crop genetics and the interaction of agricultural crops with their environment. Mario led the work on the assembly of the first whole-genome release of the wheat reference sequence and was also one of the founding co-chairs of the expert working group within the Wheat Initiative focused on the deployment of an international Wheat Information System. He continues with his leading role in the cereal bioinformatics communities at both national and international levels.