Greenhouse demolition company Force Group from Naaldwijk, The Netherlands, is growing rapidly. Though, the company prefers the term greenhouse clearing since greenhouses are no longer being demolished but rather broken down systematically. The residual materials get sorted and reused or recycled. The emphasis at Force Group lies with delivering a clean parcel to be used as construction ground with a minimal environmental footprint.

Fast
But the company has seen different days, says Ron van der Helm, one of two owners of Force Group. "In the past, the primary focus was demolishing a greenhouse as fast as possible. Residual materials weren't always taken into account, and demolishers were managed by other demolishers. Nowadays, this is done by well-educated leaders in a project manager role, who are a continuous pivot between our client's wishes and the WorkForce. The term 'Slopertje' - Dutch for 'little demolisher' - also originates from that time. To celebrate that this time has passed, we decided to release our own beer brand with that same name this year."

Barry de Bruin, who runs Force Group's internal organization and the second co-owner, adds: "Initially, the beer is meant for our clients, but if deemed successful, we will certainly move towards commercial channels. The first conversations on this are already taking place." Force is most commonly known for 'The fist of the Westland,' referencing its logo, and was previously owned by Jan Olsthoorn. 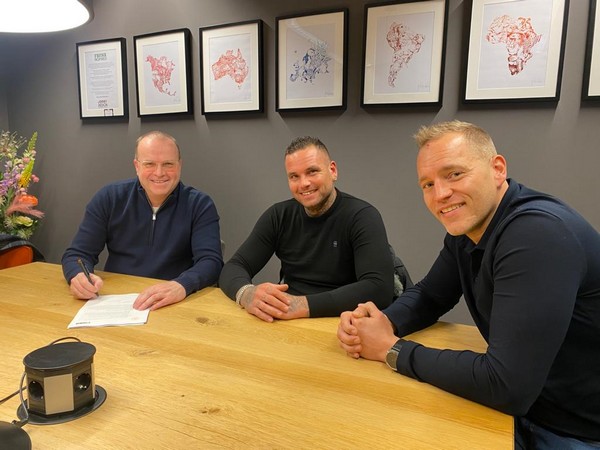 Barry, Ron, and Jan Olshoorn earlier this year at the company takeover by the first two.