Proexport promotes the opening of the US market for Murcian vegetables

There is no doubt that one of the priorities of the Association of Producers-Exporters of Fruits and Vegetables of the Region of Murcia (PROEXPORT) is to open the US market for Spanish vegetables and fruits. Its main objective is the east coast of the United States, as it is the country's most populated coastal area, and it has viable transport and distribution logistics for fresh perishable products shipped from Europe. In 2020, the population of its member states was estimated at 120 million people (i.e., 36% of the 332 million people that live in the US).

New York City is the largest city and metropolitan area on the east coast. That is why last week, a delegation of companies associated with Proexport visited the fair, The New York Produce Show and Conference, and held meetings with importers, distributors, as well as officials of the US Department of Agriculture and the Spanish Embassy in Washington. 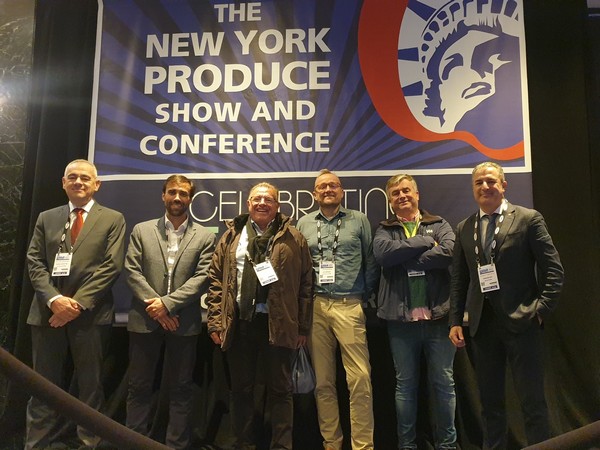 The commercial mission was led by the vice president of the Association, Juan Lopez, and by its general director, Fernando Gomez, and its goal was to explore the market.

The companies that participated in this initiative were Agricola Santa Eulalia SL, Grupo Hortofrutícola Paloma S.A., Pascual Marketing SL, Pozosur SL, Grupo G's España, and Proexport. The commercial mission was subsidized by the Autonomous Community of the Region of Murcia through the Ministry of Water, Agriculture, Livestock, Fisheries, and the Environment.

In 2021 Spain only exported 32,993 tons of fruits and vegetables to the United States. In fact, in the past ten years, the country has exported less than 60,000 tons a year to this market. 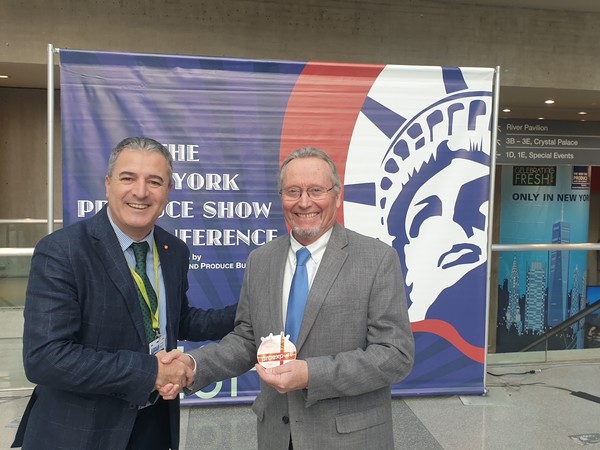 Fernando Gomez (left) and Richard A. Ball, Commissioner of the New York State Department of Agriculture and Markets

Proexport has been collaborating for four years with the Spanish Government so that the US approves a phytosanitary protocol to open that market for the peppers from the Region of Murcia. It has also demanded the opening of the American market for broccoli and artichoke, given the interest shown by various American importers. In recent years Proexport has contributed, together with the food processing industry, to the reduction of tariffs for the export of processed artichoke and pepper products. 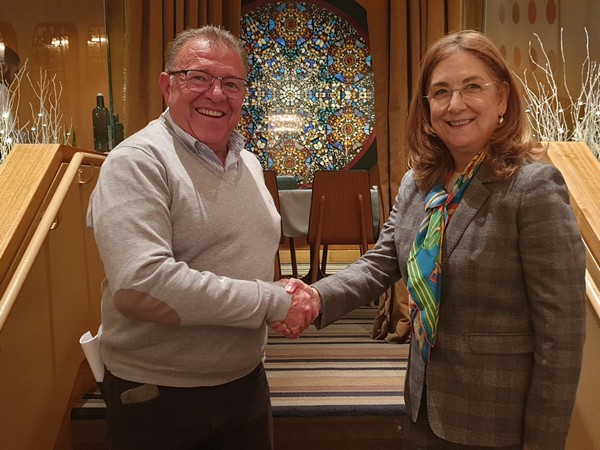 Juan Lopez, the Vice President of Proexport, and Begoña Nieto Gilarte, Counsellor of Agriculture, Fisheries, and Food in the United States and Canada, of Spain's Embassy in Washington, DC.