A collaboration between Bioplanet and Op Bristol

"Thanks to the launch of beneficial insects against aphids and red spider mites, we were able to drastically cut down the number of greenhouse treatments on watermelons and melons," says Tommaso Concari, agronomic technical manager of Op Bristol, summing up the work begun in recent months with Bioplanet in integrated pest management through the use of antagonistic insects.

"There are 10 hectares covered by the project, which we will certainly increase next season," continues Concari, "as we are very satisfied with the results. The population of aphids and red spider mites, two of the worst pests of melon and watermelon, has always remained below dangerous limits." 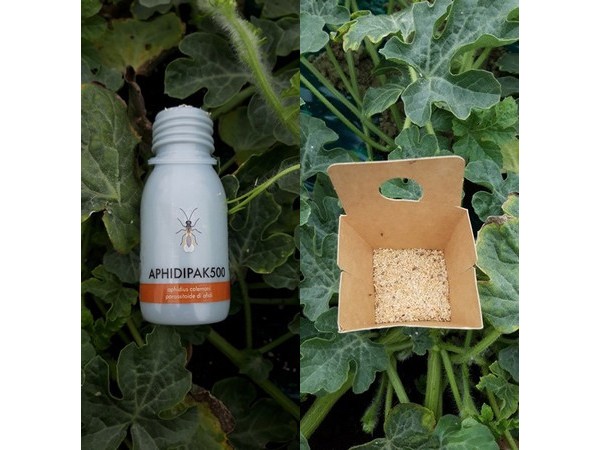 As a first-year trial, the results have been very positive. "Obviously, at least as far as we are concerned," points out Concari, "we are focusing with the launches always in protected crops, where the results are as fast as tangible.

Area adjacent to greenhouses where launches have been carried out

But what is also important is to create a balance outside the greenhouses. In this regard, Luca Marzocchi of Bioplanet added that "we have also carried out the launch of antagonistic insects outside the greenhouses, in the surrounding spaces. This is because success is achieved from year to year by rebalancing the antagonist population with the pest population. The goal is to nullify synthetic chemical treatments, which is a need increasingly seen not only by those who grow zero-residue crops but by anyone who sells to the large-scale retail trade with very restrictive protocols." 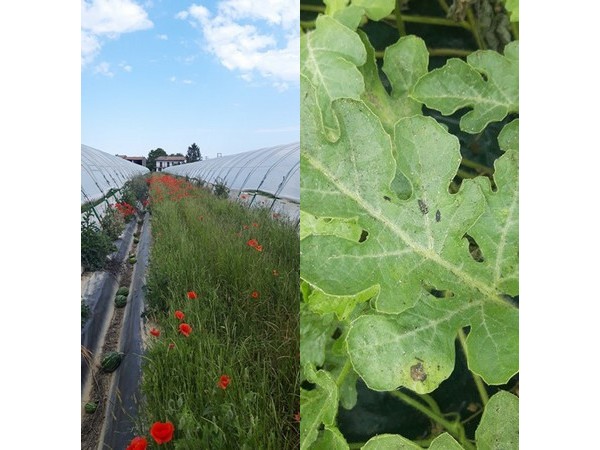 Against aphids, the predator Adalia bipunctata has been launched, while against red spider mites, the antagonist is Phytoseiulus persimilis.

"If the population of antagonists also increases beyond the greenhouses, in short, it would be easier to keep the pests under control," concluded Marzocchi.