UK: Promoting partnerships for science and technology to help plants and people prosper

“By moving to a fully renewable electricity production scenario, vertical farming can lower its potential carbon footprint to be on par with that of open field agriculture in the UK,” says Professor Derek Stewart, director of the Advanced Plant Growth Centre (APGC) at the James Hutton Institute.

The APGC is a £27M flagship project at the Institute that aims to bring academics and industry together to deliver increased commercial, economic and environmental benefits to the UK’s agri-food sector. The APGC has identified four areas of research interest: controlled environment systems; vertical farming; phenotyping; and post-harvest storage. 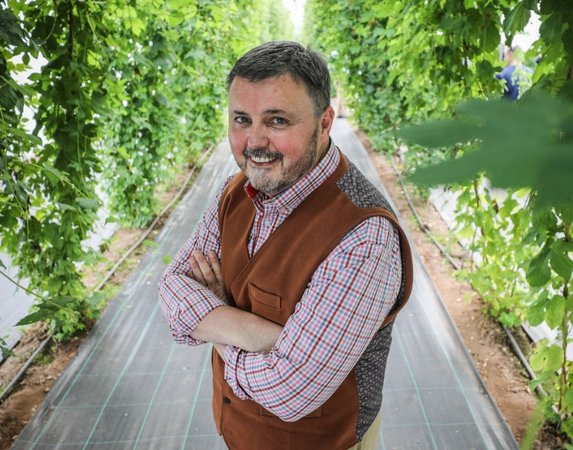 As Derek explains, “Our evidence-based research shows that vertical farming has strong potential for improving the sustainability of food systems in the UK and other regions of the world. Despite current energy barriers, he believes that vertical farming will prove itself as the most efficient food production system and become integrated into the portfolio of approaches for food production.”

“Vertical farming offers the highest efficiency in terms of and water and nutrient use, and low carbon footprints can be achieved right now by accessing existing constrained or pre-grid energy solutions,” says Derek. 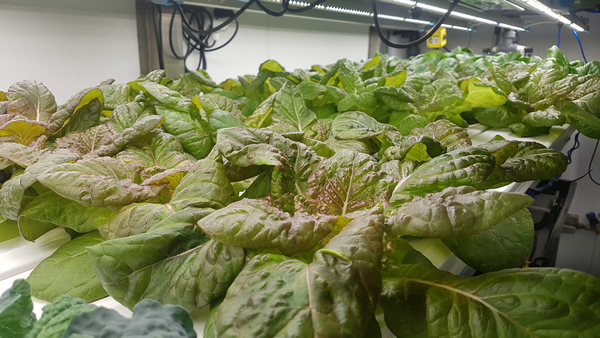 An analysis conducted by the James Hutton Institute delved into the scenarios under which local lettuce production would be most efficient. Results demonstrated that under three different production scenarios, vertical farming offered the highest efficiency despite current challenges. Also, the study concluded that under a 2030 scenario with 100% renewable energy, vertical farming would be the most stable and low-carbon option for the UK.

“Different vertical farming technologies offer a wide range of carbon footprint values, with the electrical consumption accounting for nearly 90% of each system’s footprint. Consequently, the source of the electricity used is fundamental to comparing carbon footprints,” explains Derek.

Genetics to lead the way
As Derek explains: “The APGC conducts a lot of research on plant responses to their environment and is building an advanced high throughput phenotyping system allowing the APGC to grow plants, see how they respond to different conditions, identify points of failure in different cultivars and then improve the plant genetically with respect to resource use, efficiency and yield, primarily. The focus on metabolism also allows the researchers to note the impact of the growing environment on crop quality and nutritional value.

“We are pushing the envelope of CEA in vertical farming. How high can we push the yield? How quickly can we turn around the crop? How long can we continue harvesting from the same plant? How can we tailor the taste, smell, appearance, and quality? These are all questions that we are actively working on,” says Derek. 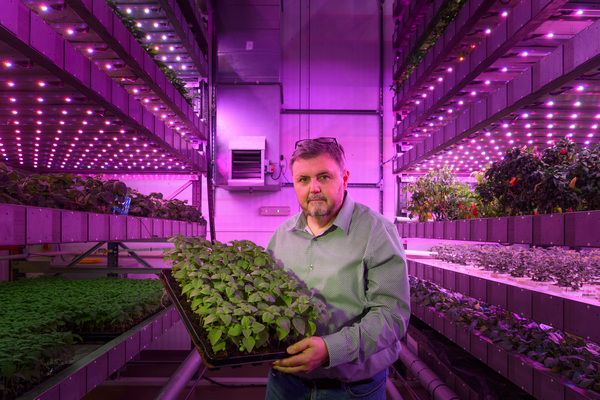 Derek at the IGS R&D Center

The APGC has two vertical farming operators on-site at the James Hutton Institute – one from Intelligent Growth Solutions (IGS) and the other from Liberty Produce. The APGC is becoming a hub for vertical farming technology and sees itself as the point of contact between technologists and biologists.

According to Derek, much of the industry has developed without the significant intervention or involvement of biologists and academia so far. While this has allowed the industry to sprout more quickly, he thinks that now is the time to look to see how much genetic diversity and new or newly designed germplasm can bring to vertical farming. The APGC is there to help bridge that gap and is keen to work with the industry to co-construct an evidence-based future.