Bell peppers are seeing a split market currently, given supplies are coming from both the Southeastern U.S. and Mexico. “However, with the Southeast’s constant weather issues, they find themselves with some supply, and then a weather event hurts them,” says Paul J. Maglio of Maglio Companies of green pepper supplies. Notably, parts of Florida are seeing a freeze right now. A weather event that follows a hurricane in the state two weeks ago and last month Hurricane Ian. At the same time, Mexico isn’t in full bloom season yet and won’t be until likely early December when it begins shipments with volume.

As for colored peppers, reds, yellows, and orange peppers are seeing inconsistent supplies. “The hothouse people in Canada have a little bit that’s trickling in, so the colored peppers are definitely harder to come by,” adds Maglio.

At the same time, demand is also slower. “People are seeing their first real cold temperatures, and what are they doing? They’re hunkering down, so lackluster demand matches supply nicely as it struggles to find its footing,” he says. 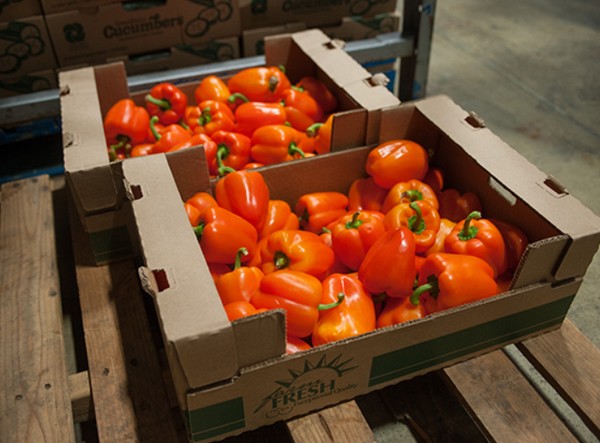 2022 vs. 2021
It’s a very different picture from a year ago when there were fewer weather issues, but COVID was much more of a factor. “It was a strange market. It was the first season where growers were seeing whether they planted too much or too little to match what they thought demand would be. So people either had a lot and were trying to move peppers or had none and said, come back and see me in the spring,” he says.

This year, instead, a downturn in the economy could affect plantings. “So the demand they didn’t necessarily see coming is hitting them this year with slightly lesser plantings and also some weather issues,” says Maglio. “I think the market is up about 20-30 percent compared to last year.”

Though looking ahead, both supply and demand will improve. Maglio notes as Mexico comes into its season, overall supplies will be better. “I project demand will stay stagnantly relevant over the next month or so. Then we won’t see big pulls until New Year’s when people start with healthy eating resolutions. The increased supply will over- complement demand, and pricing should level off and get to more historical norms for Q1 of next year.”