The Lamuyo is one of the most sought-after bell pepper varieties grown in Almeria's greenhouses. "The campaign is starting with a delay of 2-3 weeks compared to last year due to a delay in the transplanting, although in the end, this has been beneficial, as we have not suffered the consequences of the unusual heat we've had," said Isaac Garcia, of Veganature, a company devoted to the production of red Lamuyo bell peppers. "We started with great enthusiasm, but also with production costs putting pressure on us." 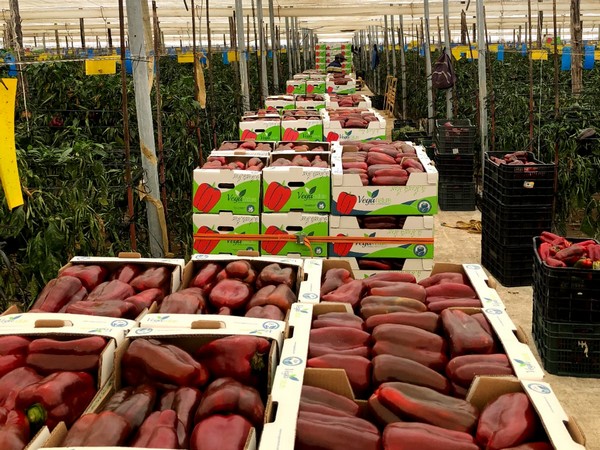 "The Lamuyo bell pepper is a type of bell pepper with a very sweet flavor, but also more difficult to produce since the market requires it to have a large size. It is, therefore, necessary to keep selecting the fruits in the plant and eliminate the second-class ones, thereby ensuring the plant's resources go to the highest quality fruit. To work with this type of bell pepper, you need the right personnel for the crop's planting. Meanwhile, with regular bell peppers, you can employ the same workers throughout the year." 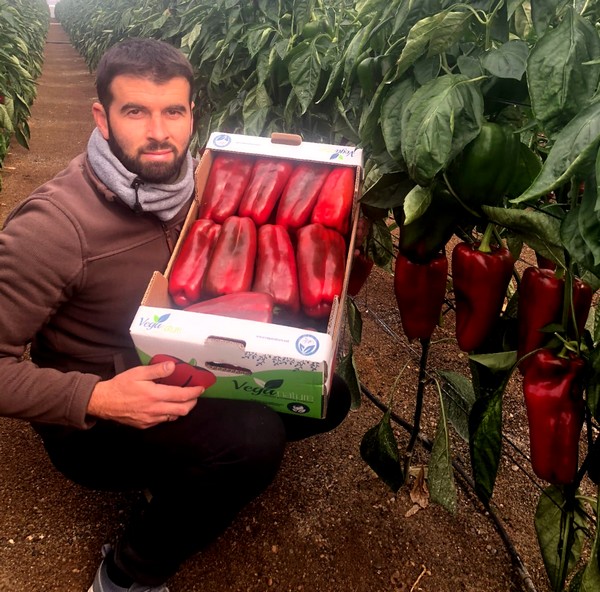 "In addition to being meticulous and dedicated, we are fortunate to have our farm in the best area of Almeria for red Lamuyo pepper cultivation. The water has a low salt content, and the farm's orientation to the sun ensures the production of top-quality crops. Besides, we are highly experienced in bell pepper cultivation, as our family has been doing it for several generations."

"The variety we grow at Veganature is harvested from November to May. The peppers are large and homogeneous, with a good color and brightness and a very good post-harvest shelf life." 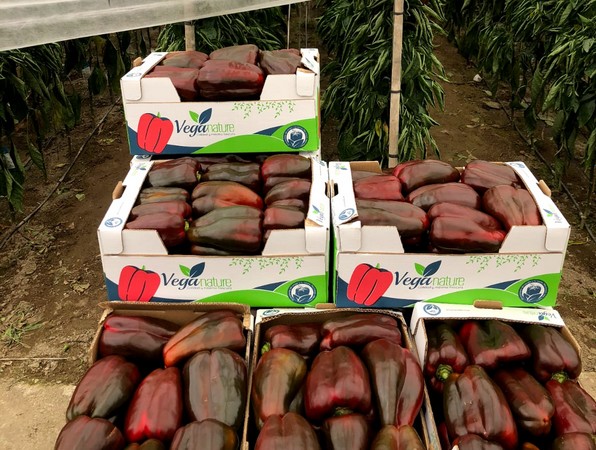 "At Veganature, we offer our customers something out of the ordinary for Almeria and for the agricultural sector in general. We harvest our red Lamuyo peppers on demand, picking them directly from the plant and packing them in cardboard boxes with our own brand." This prevents any kind of bruising on the fruits caused by incorrect handling at the sorting facilities, said Isaac. "My customers in the main Spanish markets often tell me that the red Lamuyo peppers we grow at Veganature have a longer shelf life than those from other companies. And that's just our motto: 'Quality and maximum freshness.'"

"Normally, peppers are harvested very quickly and thrown into bulk boxes, then taken to the auction, and later they are sent to the handling area, and it takes days from the moment they are cut until the product reaches the market," says Isaac. "At Veganature, on the other hand, we only harvest the peppers on demand. The fruits remain on the plant, alive until they need to be harvested, so their freshness is preserved. In fact, only a few hours pass from the moment the peppers are cut until they reach the market." 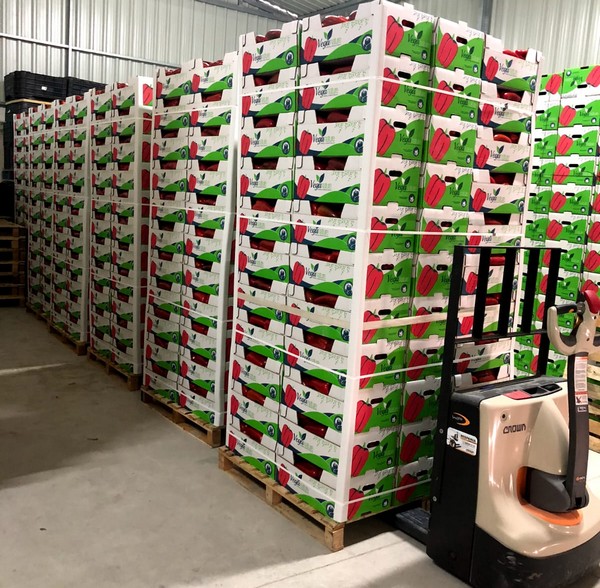 "Some producers have had to remove entire crops"
In a matter of days, Isaac García will start harvesting the red Lamuyo peppers from his greenhouse, which this year have luckily been spared from any problems caused by virosis or pests.

"Some producers have had to remove entire crops, which is a hard blow since huge investments are needed to set them up in the first place. This year, a species of thrips (Thrips parvispinus) has been detected, which is a vector for viral diseases in plants, but it has only been found in very specific areas. It is an insect of Asian origin that was already present here in ornamental plant greenhouses, but this has been the first year in which it has also attacked vegetables. It hasn't been easy at all to keep it under control, neither with integrated control nor with chemicals."