Due to unforeseen circumstances, this year's Israeli zucchini season began late at Stoffels Foods in the Netherlands.

"Unfortunately, we didn't get the first of these until Friday. That's usually a month earlier, but Israeli customs held the seeds for too long," Patrick Stoffels says.

He is, nonetheless, confident of a good season. "The Dutch season's almost over. No doubt Spain will have another production."

"But the Israeli zucchinis have, by now, secured their place in the market," Patrick explains. According to him, it remains to be seen whether Israeli growers can benefit from the high heating costs in the Netherlands. "Costs have risen in Israel too." 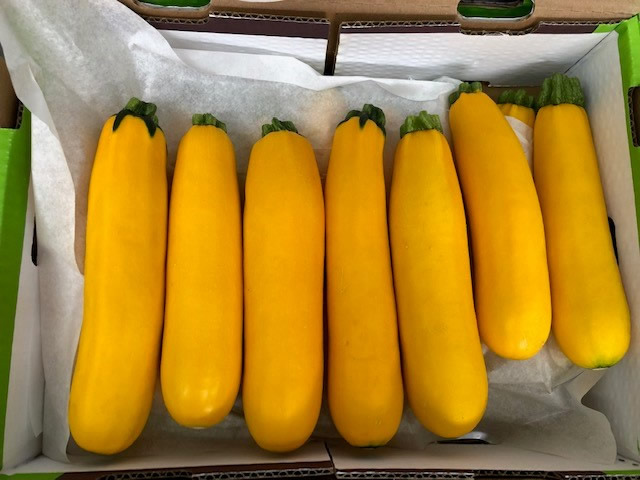 "This year, I'm distributing three growers' produce. I'm very proud of that. I expect to market a volume of close to 120,000 kg. We'll also start with Fleur de zucchini from Israel again. We sell zucchini to wholesalers throughout Europe; no one country specifically stands out," Patrick concludes.