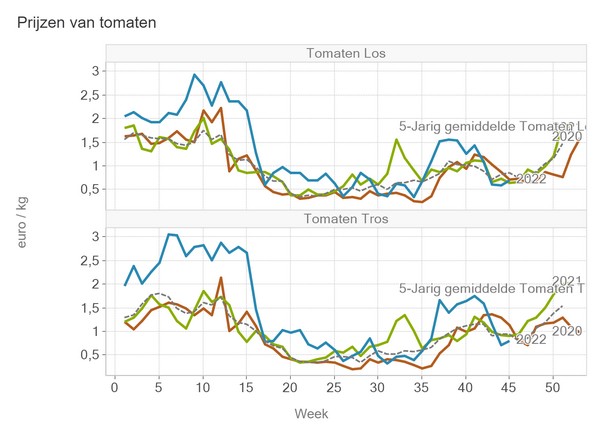 A kg of loose tomatoes fetched, on average, 69.5 euro cents, and a kg of TOV slightly more: 81 euro cents. Supply figures show that these loose tomato prices are much lower than in week 44 but higher than in 2021's week 45. Vine tomato supplies are also higher than last year and last week. 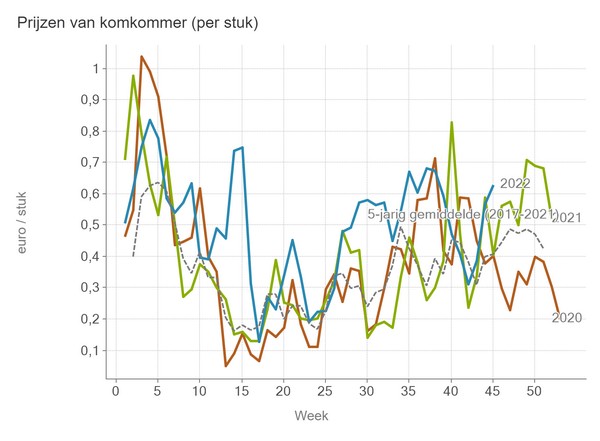 The cucumber price is above the five-year average of 41 euro cents. In week 45, those reached a median of 63 euro cents per piece. 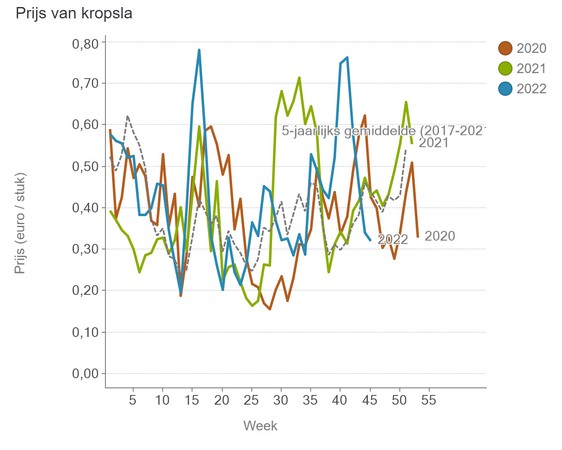 In lettuce cultivation, the switch from outdoor to the greenhouse (i.e., imports from southern Europe) is underway. Here, last week, the median price for lettuce fell to 32 euro cents a head. A considerable price spike was recorded in mid-October, but after that, prices plummeted. Multicolored lettuce average prices have gradually risen, and in week 45, they were at 30 euro cents each. 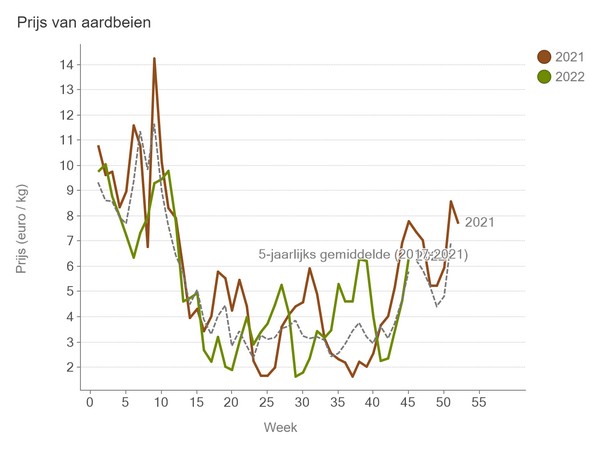 Strawberry prices are increasing again after a difficult period. Last week, a kilogram sold for the median price of €6.35. That increase is in line with the five-year average.

The graphs above come from the Flemish Department of Agriculture and Fisheries' agricultural figures page.