At the end of last year, the Dutch Jeroen Keijzer sold his greenhouses. He had run this business for years with his sister, among others. After the sale, they both remained active within horticulture, but next to that also started something new: renting campers. They created Keijzer Campers to do so. The first three campers are available for rent starting this fall.

"This actually just happened to cross our path, as did the sale of our greenhouses," says Jeroen. Together with his sister he als runs the camper rental. "The possibility of selling our greenhouses arose last year. We didn't have to sell them, but a question from a colleague got us thinking." 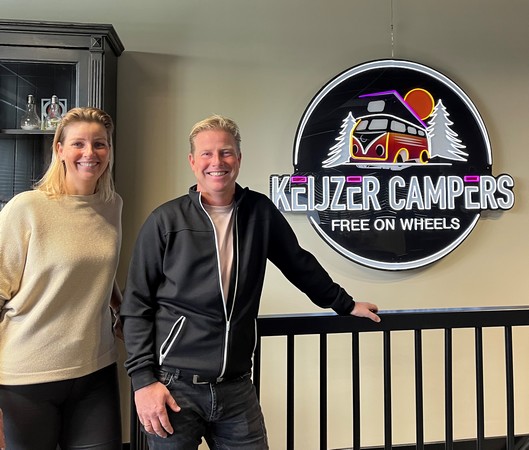 Tomato experience
Eventually, we decided to sell. "We believed that we shouldn't let this opportunity pass us by." Thirty years of 'tomato experience', however, wasn't lost when Noordhuys Tomatoes spoke up with a question. "I responded to their request to help with a large expansion that they were entering into. In hindsight, I'm glad that I did, since I still enjoy doing this."

Regarding sister Peggy, she is still active in horticulture. She's the project lead for a research concerning green digitalization in Dutch horticulture. Even Jeroen acquired a research project recently. "Things haven't quite down, but that also wasn't our intention."

Why campers?
The question remains how Jeroen and Peggy ended up with campers. "I can turn it into a pretty story, but frankly I have never traveled with a camper before myself," admits Jeroen. "It simply seemed fun to us to rent something that makes people happy. These campers make this possible. You give people a nice vacation." 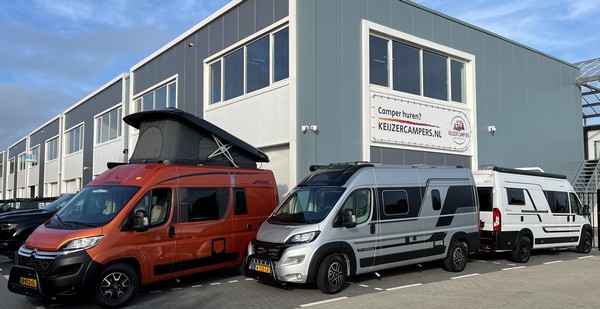 Keijzer Campers has three bus campers for rent. "The advantage of a bus camper is that they are easy to handle, making them suitable for driving in cities as well as nature." A company building from De Lier was involved. "In the east of The Netherlands rental companies are more common, while in this region not so much." There's no ambition to grow as big in campers as they had in tomatoes. So don't expect ten hectares of campers. "This is a second business for us. We'll see how it goes. The state of the camper business in combination with my work in greenhouses is currently diverse and to my liking."