In 2021, the European Union countries imported a combined 14.6 million tons of fruit and vegetable from outside the Union. More than 10.2 million tons entered the region by sea and 4.2 million tons over land. Only 275.000 tons - a mere two percent - were flown in. 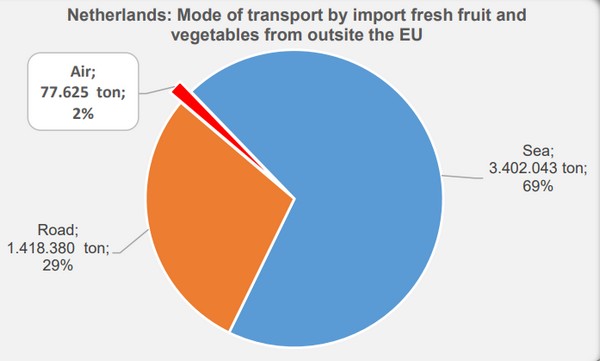 In the Netherlands, two-thirds from outside the EU
Based on Eurostat figures, all EU countries, together, imported 44.5 million tons of fresh vegetables in 2021. Eurostat bases imports on the last country the goods came from (registered by customs). So, Eurostat counts, say, South African fruit - of which a lot comes through the Netherlands and then goes to countries like Germany - as German imports from the Netherlands. 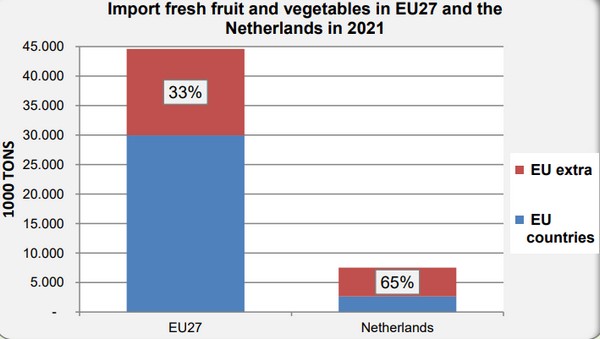 Mainly avocados were flown in from Mexico to the EU. That country also sent asparagus and mangoes. From Kenya, half the imports by air were beans, the other half snow peas/sugar snaps.

Dutch imports by air from Brazil consisted mainly of papayas (5,800 tons) and mangoes (2,200 tons). From Mexico came avocados (3,200 tons) and asparagus (3,000 tons). According to Eurostat, air imports from South Africa mostly comprised watermelons and melons, and from Egypt, it was primarily beans.