Belgian tomato prices have been in free fall since mid-October. But that stopped last week. That is according to figures from the Belgian Horticultural Cooperatives Association's (VBT) figures for week 44. The price overview also shows a drop in bell pepper prices, while cucumber prices peaked anew.

The decline in loose, as well as vine tomato prices, stopped, and on Tuesday, those were hovering around the €0.75/kg mark.

The VBT added supply figures to the Flemish Ministry of Agriculture and Fisheries website. Those shows that this year, there have been far more especially loose tomatoes, since week 41. In week 44, the same was true for TOV, but not in recent weeks. 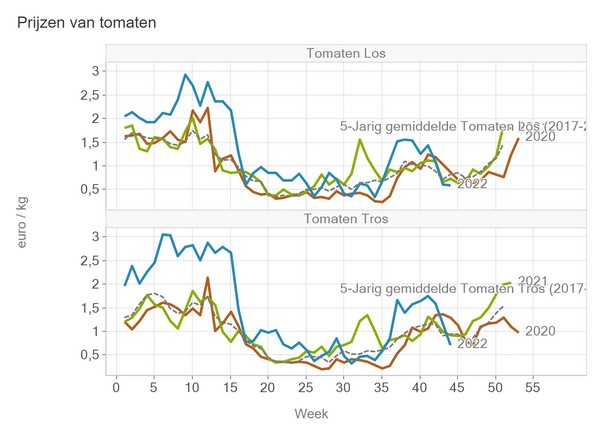 In both cases, the recent price drop means tomato prices have sunk under the five-year average. Those prices generally revive toward late November. And, unlike recent years, this year, there is less lit and heated cultivation.

Cucumber middle prices have been climbing since week 43. That has pushed those back over the five-year average. Week 44's price peak barely matches that of 2021's week 44. Rounded off, the unit price is just under €0.57. Usually, in November, cucumber prices rise steadily towards week 50. 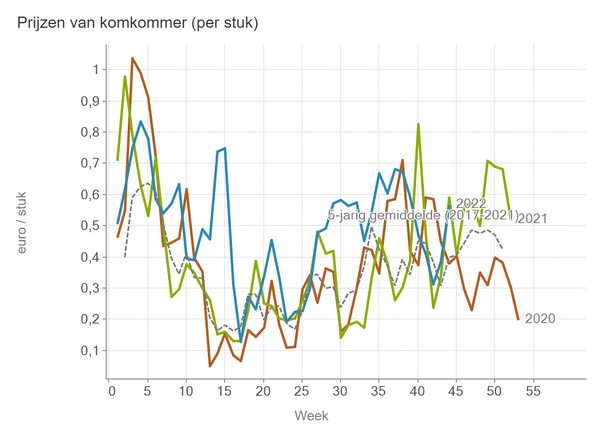 Organic cucumber prices, which have been stable for nearly a year, increased last week too. A kilogram of these fetches, on average, €0.85. 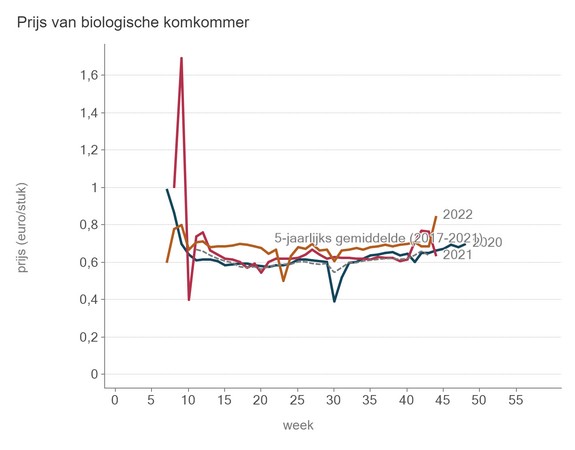 Bell pepper prices have been declining since late September, significantly so since mid-October. That, too, stopped last week. A kilogram generally sold for just under €0.70. Yellow bell peppers were unusually cheap, at €0.44, with reds faring a little better, at €0.88. A kilo of orange bell peppers, however, fetched €1.52. 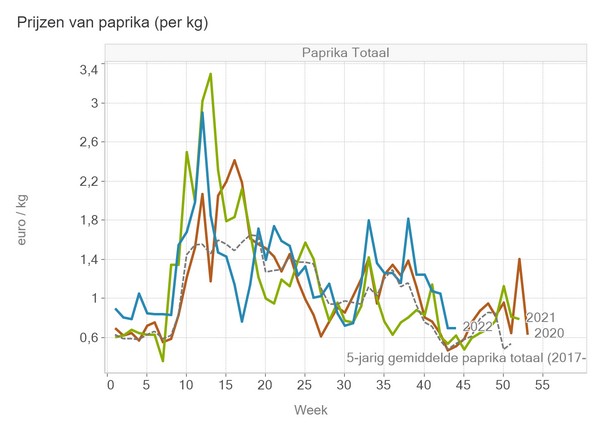 The median price for strawberries rose for a second consecutive week. A kilo yielded an average of €4.64, with Elsantas selling for, on average, €4.89. That brings strawberry prices back to and rising in line with the five-year average. 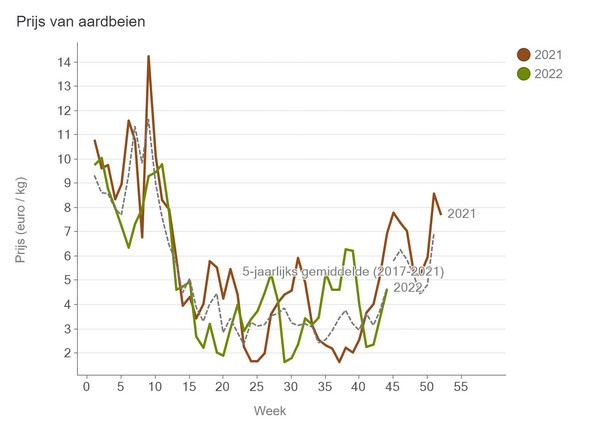 You can see the graphs above as part of the Flemish Department of Agriculture and Fisheries agricultural figures page.