Courgette prices are dropping, while peppers are holding up well in Italy

"The vegetable season, especially of courgettes and peppers, started a little earlier this year at OP Fonteverde," said Carmelo Calabrese, manager of this Sicilian growers' association.

"But things are not going smoothly for courgettes. This is not because of the production quality - because it is really impeccable - but because of the fact that we have to harvest large quantities every day because the vegetables ripen quickly with these high temperatures. This creates an oversupply on the market. The good quality of the product is also due to the introduction of varieties resistant to the New Delhi virus. The impact of this virus is much less than in previous years. The real pain point is the prices that have been quite low for two weeks, between €0,40 and €0,45 cents," said Carmelo Calabrese. 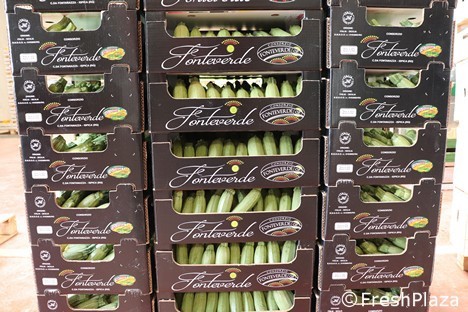 "The sales prices that are too low and the increase in production costs are setting off alarm bells among growers. We are now hoping for colder weather so prices can rebound a bit. Almost everywhere in Europe is warmer than usual, and this has meant that in growing areas where nothing is normally harvested in November, there is still production now. In addition, demand is generally low, which along with the higher yield, is blocking our sales." 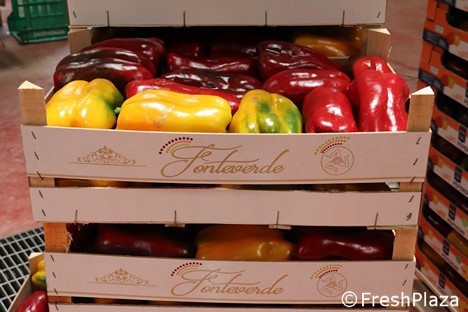 "It is not an absolute rule, but the situation with peppers is often different from that of courgettes anyway. However, it is true that the warm temperatures have accelerated fruit ripening here as well. The biological cycle of the plant has been reduced from 90 to about 75 days. Therefore, we now have about 30% more volumes than originally expected. Fortunately, as we said, the bell pepper follows a different dynamic than courgettes, at least in terms of sales. Prices are between €1.05 and €1.15 per kilogram. Sicilian peppers are currently of particularly good quality. The fruits are healthy and have a beautiful color. That makes them very appealing to consumers," concluded Calabrese.