This raises questions about not only the viability of the many new entrants but also how future vertical farms plants to grow in solutions of nutrients rather than soil and aeroponics that grow plants in a mist
an environment with no soil and very little water, are currently very high-cost growing methods. 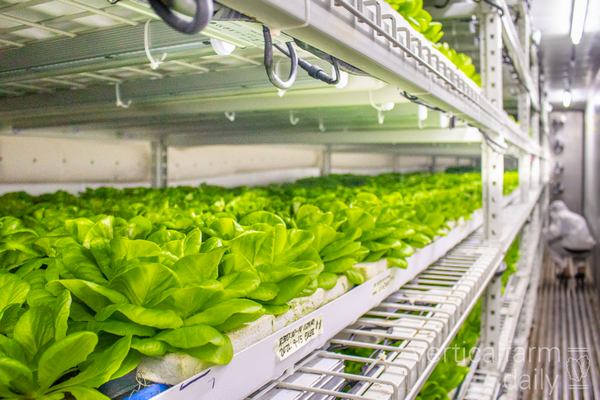 Key research points
In recent years, investors have put billions of dollars into indoor vertical farming, a subsector of CEA, to produce and distribute food closer to urban consumers.

However, cash flow has been impaired by high upfront investment and
operational costs, namely labor and huge energy expenses, coupled with the inability to capture premium pricing. Weak cash flow has been a significant impediment in attracting traditional types of financing to vertical farms, thus forcing them to rely on venture and private capital funding.

Though, successful vertical farms have invested outside the grow house in technologies to not only increase productivity and quality of produce but to also increase efficiencies in warehouse management and distribution.

Moreover, industry consolidation appears to be the ultimate outcome. Survivors will have sufficient funding to outlast competitors through extended periods of negative cash flow and will be able to acquire the liquidated assets of competitors exiting the industry.

For instance, last month, vertical farming company Fifth Season closed its doors due to a lack of revenue streams. Following them was Dutch startup company GlowFarms which had to close operations as not enough budget came in.

While few vertical farms have yet to show it, there are viable paths to profitability. Survivors that have sufficient and reliable financing will be able to acquire low-cost liquidated assets. Successful vertical farms will also need to have a strong marketing pitch and brand-name recognition to command a premium price, all while being cost-efficient in production and distribution. 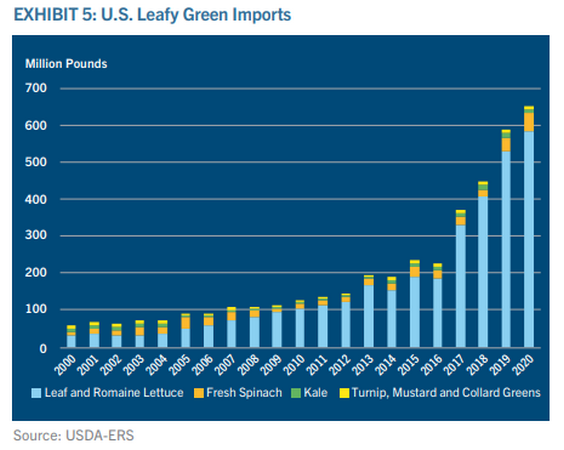 Leafy green imports in the US rising by 177%, with imports coming primarily from Mexico and Canada

While researching this report, it became clear to the researchers that firms that did turn a profit not only invested in the right technologies to grow food but also invested in technologies that enhanced the efficiency of distribution and inventory management.

These factors are critical given the considerable price competition in the fresh produce space and the inability of most vertical farming brands to extract a premium price. Vertical farms producing leafy greens also face rising import competition. From 2015 to 2020, leafy green imports into the US rose by 177%, with imports coming primarily from Mexico and Canada (Exhibit 5). 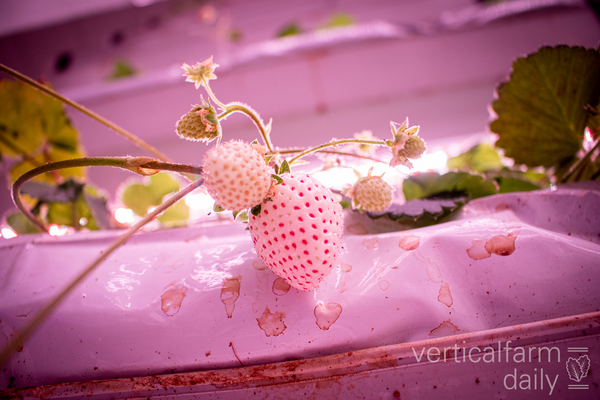 Tackling high-value crops
Vertical farms could potentially achieve greater revenue via higher-value fruiting crops like tomatoes and berries. However, diversifying from leafy greens and herbs to fruiting crops will require much more energy and also result in less production throughput volume, as these crops have longer growing periods.

Genetic engineering could increase quality and productivity, though that seems to run counter to the desires of the generally more affluent customers that purchase these items. Energy demands could be partially offset by renewable energy sources like solar and wind which are expected to keep declining in cost. However, vertical farms usually lack the square footage needed to host a solar array or wind farm that would meet all energy needs. 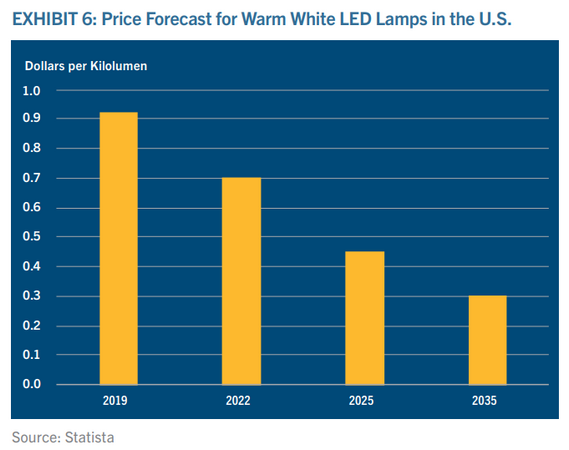 Decrease in LED costs
Other technology costs, like LED lighting systems, are expected to decline in the years ahead, but moving forward, the reduction in LED costs will be incremental rather than revolutionary. According to Statista Research Department, by 2025, warm white LED lamps are projected to cost approximately $0.45 per kilolumen and, by 2035, cost $0.30 per kilolumen (Exhibit 6), lowering the fixed costs of LED lights by one-third. Jumping the energy hurdle will take creativity and innovation.

One example is co-locating the growing operations within the grocery store to take advantage of a constantly controlled temperature environment that is already a fixed cost for the food retailers.

Overall outlook
To conclude, rather than seeing growth in the vertical farming space, consolidation appears to be imminent for inefficient vertical farms lacking debt financing options. Investment from venture capital is more suitable at this stage as most companies could fail to deliver returns above their cost of capital.

Therefore, in order to survive, vertical farms will need strength in scalability, distribution, branding, and strong financial backing, all while being innovators of new business models and finding higher-value crops. They will need to invest in technologies both inside and outside of the grow house, focusing on lower energy usage, faster throughput, and lower distribution costs.

With many technologies still early in development, perhaps advances will eventually allow vertical farms to achieve true sustainability, both
environmentally and financially.