The University of Western Australia is one of five Australian universities to receive a $90 million funding boost to create food and medicines for space explorers.

The Australian Government is providing $35 million for the new Australian Research Council Centre of Excellence in Plants for Space, led by the University of Adelaide, with additional funding and in-kind support from 38 partner organizations bringing the total value to $90 million.

The UWA node of the program is led by three WA Scientist of the Year Award winners, including Professor Harvey Millar, Professor Ryan Lister, and Professor Ian Small, all from UWA's School of Molecular Sciences. Professor Lister is also from the Harry Perkins Institute of Medical Research.

Professor Millar said UWA would receive a grant of more than $7 million for its part in the project. He said the center would help establish a long-term human presence in space. 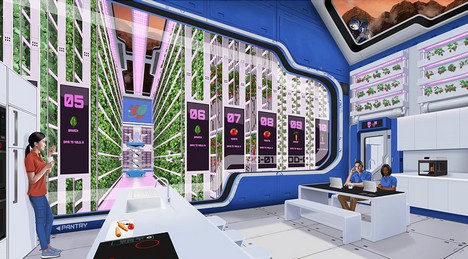 "Long-term off-Earth habitation is on the horizon, but the success of these missions depends on having medicine and nutritious food without the need for resupply missions from Earth," Professor Lister said.

"We'll also develop food plants for long-term space nutrition using duckweed, which is one of the fastest-growing plants."

Professor Small said the space work had spin-off benefits for agriculture on Earth and would help reduce the sector's carbon footprint.

"Many of the challenges needed for long-term life on the Moon and Mars are also faced by agriculture on Earth and need to be researched to advance the efficiency of plant-based foods, for example, increasing fertilizer use efficiency," Professor Small said.

"A large portion of the food required for nutrition, oxygen, and wellbeing will need to be produced en route, so it's essential we solve this problem for the continued exploration of our solar system, and there will be major benefits also for life on Earth," Associate Professor Obreschkow said.