Supplies of both broccoli and cauliflower are lower than normal out of California currently. Rick Russo, senior vice-president of sales and marketing for Church Brothers, says it only has 50 percent of its normal volume on cartons of broccoli in Salinas--a much different picture than this time last year when broccoli was in a $20 market. Meanwhile, the poor quality of cauliflower across the board means supplies are lighter of that vegetable as well compared to this time last year.

“We started on time in Salinas, but the yields are down due to quality problems in the field right now and will continue through the end of the Salinas season,” says Russo. “The same for cauliflower though the season will end in two weeks.” 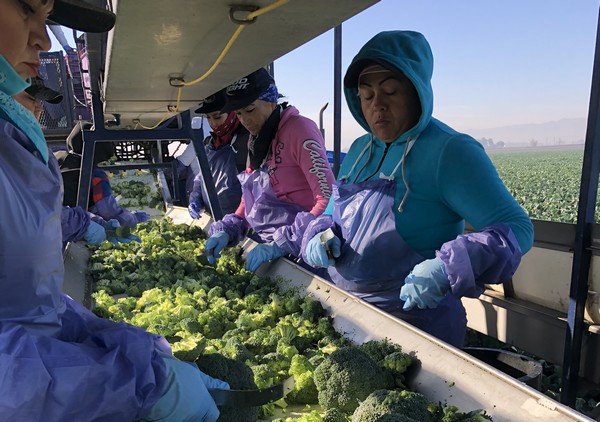 Church Brothers says it only has 50 percent of its normal volume on cartons of broccoli in Salinas.

On cauliflower, supplies are coming from King City along with Salinas, and Santa Maria is also producing. Russo says the industry had steady supplies a few weeks ago, but it started to change last week, with yields decreasing in both the Salinas and Santa Maria Valleys. “We are diverting to Central Mexico to help some of the gaps on broccoli,” says Russo, noting that Northern Mexico is also in broccoli production right now.

Holiday and seasonal demand starting
At the same time, the demand for broccoli is starting to pick up due to the Thanksgiving holiday later this month and also the seasonal demand for cooked vegetables. “Overall consumption of broccoli in the U.S. has been flat to down over the past five years,” says Russo. “Some of that can possibly be attributed to decreasing production out of western U.S., and may also be offset by an increase in consumption of cauliflower and other brassicas.” 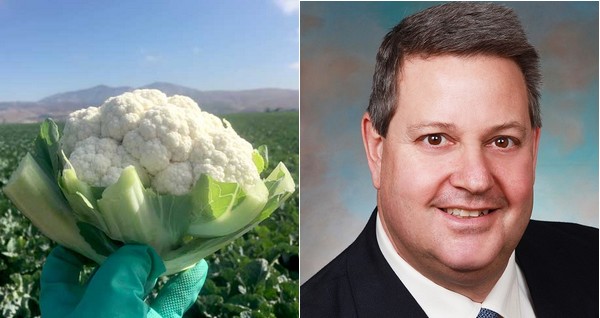 Rick Russo says the poor quality of cauliflower across the board means supplies are lighter of that vegetable compared to this time last year.

However, increasing demand pushing a higher market is more than welcome right now. “The biggest challenge was producing broccoli in California/Arizona is doing it profitably. As growing input costs continue to rise, a lower unit yield product such as broccoli will see cost per unit rise more rapidly than higher unit yielding items,” says Russo. “Additionally, as a crop that can grow in a wide variety of soil types, we see a great deal of competition from local growing areas in the summer/early fall, and of course, year-round production from Mexico.”

Looking ahead, supplies of broccoli will be very light out of the western regions for the next few weeks as Salinas winds down due to those lower yields. ”Volume out of the desert regions should be up to speed by the first of November, and Central Mexico should also be picking up the volume as we move into December,” says Russo.