What exactly happened is a bit of a mystery, but the fact is that when PDI's men were carrying out their work over Vilosa's roller tables, a roller table got stuck and was more or less crushed. "You can't make an omelet without breaking a few eggs,"' said René, "We'll patch up a new one." "No need," said the other René, "We'll grab a bite to eat, then you can pay, and we won't mention it again." 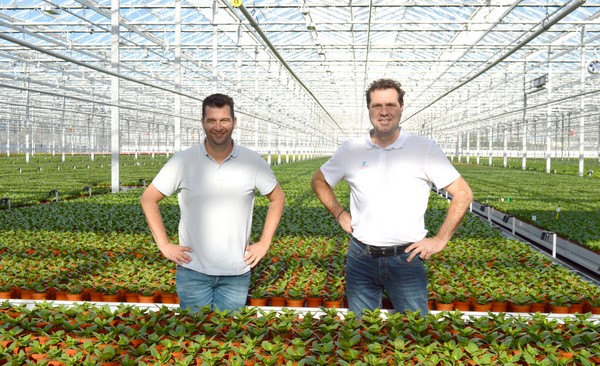 To be clear, it only concerned material damage and that dinner did happen, but the fact is that Mr van Dop and Mr van Veldhoven, i.e., both René's, get along. That is, of course, pleasant business because fitting or replacing a screen cloth is usually not a matter of just driving up, doing the job, and moving on to the next one. In the stretch of new construction - in 2019, Vilosa built a small hectare of greenhouse at its location on Laan van de Heilige Lambertus in 's-Gravenzande - a new double screen was fitted, and last year the existing screen installations were renovated. PDI is also responsible for the service and maintenance of the screen installations (including those of the previous supplier/installer) at Vilosa's various locations.

Jubilee
René van Veldhoven has been working for Peter Dekker Installaties for 25 years to the day. He has always done so as a subcontractor, together with his cousin Jurjen van Veldhoven with whom he ran contractor RJ van Veldhoven. Here he worked with a crew of 10-15 people alternately in telecoms and screen installations at/for PDI. In 2019, the men sold the business - to Dylan Robbemond, who continues the business under the name Robbemond Scherming - and went into salaried employment with the supplier.

Because Van Veldhoven had done some previous jobs at De Veranda, a nursery that merged with Solis Plant to form what is now Vilosa, and because he knew site manager Leon van Rijn, a certain link between the two companies already existed. However, when the nursery came to talk seriously about the assignment in the new building, and things were put in writing, Jan Vellekoop, one of PDI's owners, picked up his pen and scratched through the warranty conditions. "That bit is not right. We'll add two years to that," he said confidently. "Then you know they are confident in their work," Van Dop grins. "From then on, so was I." 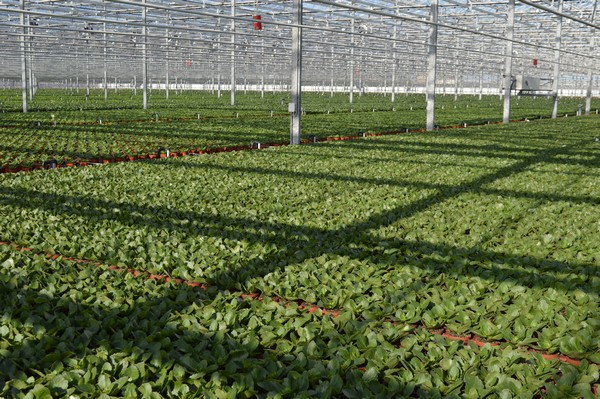 View into the greenhouse

Short- and long-term
There is a crisis, but suppliers working on sustainability are busier than ever. Because while on the one hand, acreage, and unfortunately, growers, are falling off, on the other hand, investments are being made in (particularly) LED screens and other energy-saving measures. PDI can just about keep up. Where normally, about 100 technicians can manage, there are now quite a few more. A screen can easily save tens of percent more energy, so that makes such an investment well worth considering. This rush has been going on for months and will continue for some time, but, and this is of course the big worry in terms of new construction projects, it seems to be drying up in the slightly longer term, at least in our area.

The layman sees a complicated construction, the specialist a nice piece of greenhouse engineering

As far as Vilosa is concerned, something similar actually applies. For now, things are going well; last year, an industry peer LV Plant was purchased, LED lights were recently installed on almost the entire company, and they are also renting extra greenhouse space nearby. The uncertainty is in the longer term. "Before winter, everyone will have made their choices," Van Dop concludes. "Are you going to continue, are you going to stop, what investments are you going to make, everyone has more or less an idea about that. But where do we stand, as a company and as a sector, in week 12? Will we have shed enough, what about consumer confidence, will prices have risen enough? Particularly the latter is what we are hoping for."