One of the segments Oppy highlighted at last week's Global Produce & Floral Show was the greenhouse category. With the season transitioning to Mexico, Oppy's Aaron Quon was able to provide some insights into the dynamics in the industry.

"Right now, we are finishing up our Canadian greenhouse season out of British Columbia, Canada," he said. Typically, this is the region where bell peppers, long English cucumbers, and tomatoes are grown. These products are available both in conventional and organic format. "I expect the Canadian season to be completely finished between the middle and end of November," Quon added.

Because Canada doesn't have enough light levels in winter, supplies have to transition to a different country of origin in order to provide greenhouse-grown produce year-round. In the past month to six weeks, Oppy has started the transition into its winter crops from Mexico. The company grows in the regions of Etzatlan, Culiacán as well as Ahualulco. Since the Canadian season hasn't completely finished yet, this means a bit of an overlap, preventing supply gaps. "Out of Mexico, we will have conventional and organic cucumbers and bell peppers. Additionally, tomatoes on the vine, beefsteak tomatoes and specialty tomatoes are available for the winter season. There's one item Canada is able to produce year-round, which is long English cucumbers. They are grown under lights, allowing for production throughout the year.

Mexico's peak season runs from January through May. After that, the summer heat slows down production for a couple of months before it picks back up in September. There is one product that Oppy grows year-round out of Mexico, bell peppers, both conventional and organic, all Fair Trade certified. 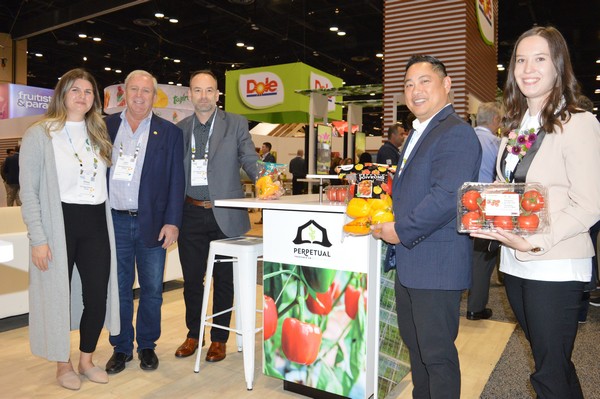 Cost increases
How sustainable is it to grow long English cucumbers in Canada year-round in view of the high energy costs? "Costs have gone up quite a bit in the past year," commented Quon. "Prices of electricity, natural gas, and fertilizer have increased significantly. Also, input costs for materials, packaging costs for boxes (corrugate), plastic for clamshells, plastic for any of the bags we pack in, and labor costs have all gone up." Quon admits it has been more challenging this year and shared how the company tries to recover some of the cost increases.

Expansion
At the same time, the company continues to grow and expand in response to rising demand. "In British Columbia, we are starting an expansion on bell peppers," Quon said. The facility has been under construction for most of this year and will be operational in March 2023. "This will add 14 acres of bell peppers in Canada. "In addition, in Q1 of 2023, our vertically grown leafy greens project will open outside Vancouver."

"In this one-acre facility, the leafy greens output will be 350 times the amount you get out of field-grown product per square foot," said Quon. This means 99 percent less land usage and 99 percent less water usage. The need for packaging materials will be reduced as well due to the bag-in-a-box concept instead of clamshells. About eight to ten workers will be needed to run the entire facility, which spans nine racks across, is 12 racks high, and 40 meters long. The end product is expected to have a shelf-life of five to six weeks, significantly reducing shrink as well as the costs that come with handling waste. UP Vertical Farms is founded by two brothers, Bahram Rashti and Shahram Rashti, who will be using their own proprietary technology. Once the facility is operational, the plan is for the same concept to be applied in different parts of Canada and even into the US. Click here for a more extensive background article about UP Vertical Farms. 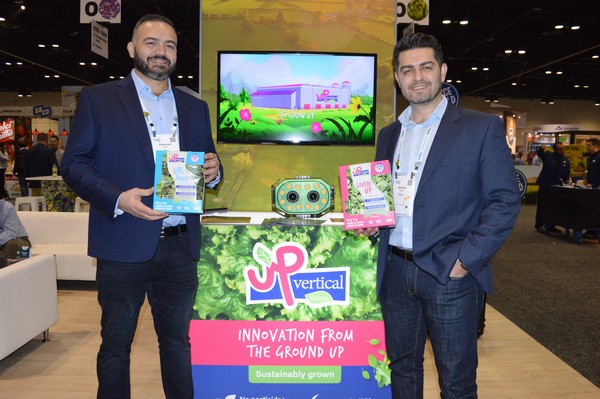 Shahram Rashti and Bahram Rashti from UP Vertical Farms proudly show lettuce from their new farm.

In line with their expansion strategy, Oppy is looking to enlarge the grower base in Canada, the US, and Mexico.