Agdia announces the release of a new ImmunoStrip product for the detection of the Lettuce mosaic virus and the improvement of their existing ELISA product.

Lettuce mosaic virus (LMV, Potyvirus) is considered one of the most significant pathogens of lettuce worldwide due to its potential to cause total crop loss. This virus was first described in 1921, infecting field-grown lettuce in Florida. Since then, LMV has spread to all lettuce-producing regions across the globe on every continent, excluding Antarctica. All lettuce types are subject to LMV infection, as are several agronomically important cultivated hosts, including chickpea, common pea, endive, safflower, and spinach. Furthermore, LMV is known to infect multiple cultivated ornamental species and common weedy plants found in close proximity to lettuce fields worldwide. In addition to widespread incidence and potential for high virulence in lettuce crops, the LMV-lettuce pathosystem is considered an important model for studying host-virus interactions. 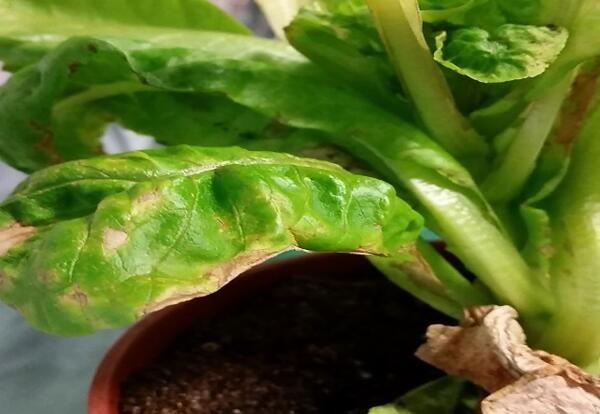 Symptoms of LMV infection vary by host species, environmental conditions, isolate of LMV causing infection, and the stage of growth the host was in when infection occurred. Furthermore, the variety of lettuce and the corresponding presence of resistance genes therein contribute greatly to symptom severity. Typical symptoms on lettuce include chlorosis, failure to form heads, leaf distortion, mosaic, necrosis, and vein clearing (Figure 1.). Severe necrosis and plant death are commonly observed in susceptible varieties, whereas tolerant and resistant varieties can exhibit low titer infections with no symptoms to no detectable viral infection, respectively. Current LMV resistance is conferred by the recessive genes mo11 and mo12, and both have remained relatively durable since their introduction. Nevertheless, these genes are absent in many lettuce varieties, and LMV isolates capable of breaking resistance when present has been documented for several decades.

Lettuce mosaic virus is a member of the genus Potyvirus and vectored locally by several species of aphids (Hemiptera) in a non-persistent, non-circulative manner. Infection is not limited to a specific plant tissue. Like other viruses transmitted in this manner, LMV transmission efficacy is short-lived in the aphid vector but efficient, nevertheless. Aphid vectors acquire LMV within seconds through stylet probes of plant tissue. Virions are localized for transmission within the aphid's stylet via what is referred to as the "helper strategy." In this scenario, a protein located on the viral capsid (CP, capsid protein) binds to a secondary non-structural protein known as HC-Pro (helper component proteinase), which forms a reversible bridge with an insect protein located on the cuticular lining of the stylet. The HC-Pro molecule is encoded by the virus and must be acquired before or at the same time as the virus to be effective. This strategy differs from other non-persistent viruses, such as Cucumber mosaic virus and Alfalfa mosaic virus, whose capsid proteins bind directly to the stylet protein. 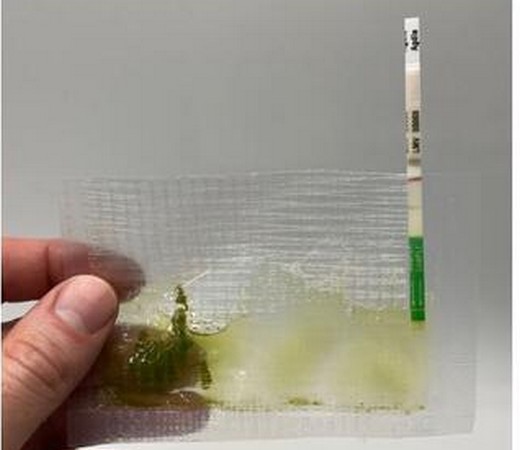 Following virus acquisition, aphids must emigrate from infected plants and feed on healthy plants within a few hours for horizontal LMV transmission to occur. It is well documented that plant viruses interact with hosts and vectors on molecular levels, manipulating both to facilitate the most efficient virus acquisition and transmission. This is true for potyviruses; however, unique host-virus-vector interactions are context-specific. In general, infected hosts produce altered chemical compounds to increase vector immigration to and shorten feeding times on infected plants. Furthermore, viruliferous aphids have experienced increased fitness and increased numbers of winged adults within the population. In combination, this manipulation of the disease cycle by the causal agent facilitates the most efficient spread of non-persistent viruses.

Lettuce mosaic virus is spread long distances via the movement of infected seeds and transplants, to a lesser extent. Up to 10% of market seed produced by infected mother plants will be infected, with detectable virions in the pericarp, endosperm, and developing cotyledons. 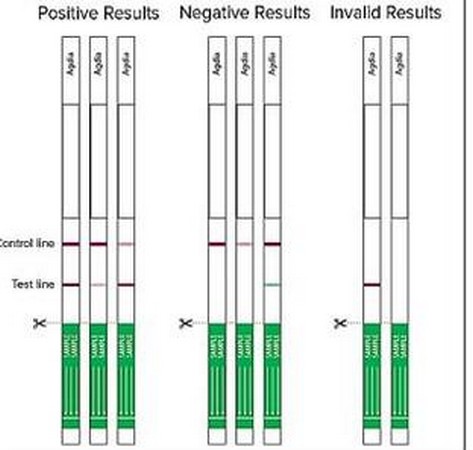 Field-grown lettuce is typically sown directly into prepared seed beds using pelleted seed in specialized planters. Infected seeds germinate and serve as primary inoculum for probing aphids. In areas with high aphid populations, relatively low plant infection rates can facilitate catastrophic epidemics within and between neighboring fields. Furthermore, the persistence of LMV in weedy hosts in the absence of cultivated hosts makes the management of LMV a multi-faceted exercise, including the planting of certified virus-free seed and transplants, use of resistant varieties, fallow periods, vector management, and removal of alternative hosts.

Agdia states their new ImmunoStrip for the detection of LMV was screened against a diverse inclusivity panel of LMV isolates from multiple geographic regions, including a resistance-breaking isolate. The strip detected all true positives. Agdia states no cross-reactivity was observed for several potential cross-reactors, including Beet western yellows virus, Broad bean wilt virus 1 and 2, Cauliflower Mosaic Virus, Cucumber mosaic virus, Impatiens necrotic spot virus, Tomato bushy stunt virus, Tomato spotted wilt virus and Turnip mosaic virus. A slight cross-reaction was observed with Bidens mottle virus. This product was developed to be used with leaf and seed matrices and will include separate applicable protocols.

Agdia's ImmunoStrip platform provides end-users with unrivaled utility; samples can be tested in the field or lab by those having no previous diagnostic experience, and results are visualized within 30 minutes. Furthermore, this product includes everything necessary to perform a test and does not require special equipment.

The test protocol is simple and includes; 1) Sample collection and extraction in Agdia buffer bags, 2) Exposing the ImmunoStrip to the sample extract, and 3) Allowing results to develop. Test results are visualized as a single control line or a control and test line for negative or positive results, respectively (Figure 3.). The introduction of Agdia's LMV ImmunoStrip expands their catalog to 49 plant pathogen products on this platform. In addition to the new ImmunoStrip, Agdia is concurrently releasing an improved version of their LMV ELISA assay with greater analytical sensitivity than the original version. Furthermore, the new ELISA will detect a Greek isolate of LMV missed by multiple other commercially available LMV ELISA tests.