The Czech Republic is the second-last in vegetable production per capita in Europe. That is why Farma Bezdinek has always had a clear goal since the company’s inception: to provide Czechs with sustainable, locally-grown vegetables, all year round. “I had an agricultural education, and worked for all of my professional career in the world of fast-moving consumer goods,” says Jan Fucik, operations manager at Farma Bezdinek. “When I met Jiří Stodůlka, who explained the concept, and offered to participate in the project, I didn’t hesitate. The rest is history!” 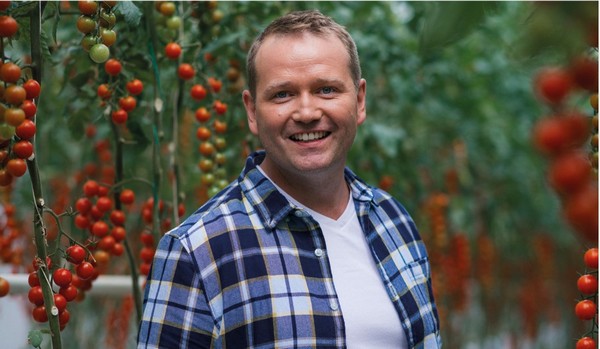 All about tomatoes
The company started with its first 5-ha greenhouse in 2018. One year later, a second 6-ha greenhouse was added to the operation. “We grow baby plum tomatoes of the Sweetelle variety, and larger tomatoes on the vine of the Marinice variety,” says Milan Kula, an agronomist at Farma Bezdinek. “Previously, we used artificial lighting for our crop. With the increase in energy prices, we had to make a change to our strategy. That’s why we switched the lights off and decided to only do the summer production. That is, when there’s sufficient sunlight.”

The majority of the tomatoes grown by Farma Bezdinek ends up in the local market. “Though in 2022 we export some of our tomatoes because we had overproduction from June to August,” Milan says. Yet, in the current scenario, overproduction during the summer is to be expected. “This is because all European growers are facing the same problem with energy prices, so they will most probably focus more on production during the summer months.”

Constant supply
That aside, growers like Farma Bezdinek are crucial for the food supply chain in the Czech Republic. “I estimate that there is around 60 ha of modern greenhouses in the country,” Jan says. “Around 10 ha are for TOV production, while the remainder is for cherry tomatoes. On top of that, 8 ha are for cucumber production. The entirety of the production of those vegetables ends up in the local market. At the same time, we also expect that the acreage of TOV will increase next year.” 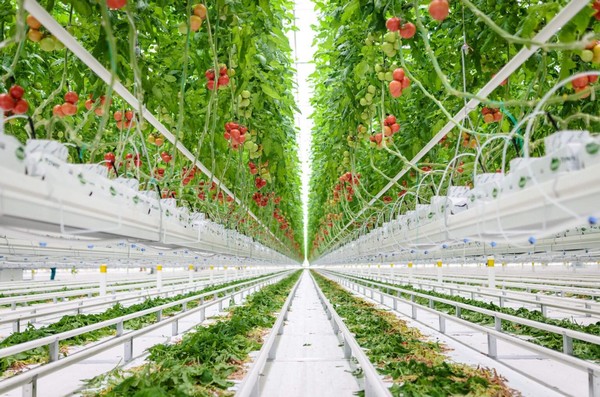 He continues to say that consumers in the Czech Republic don’t have much access to fresh produce. “We want to change this by providing them with our tasty, local tomatoes,” he points out. “At Farma Bezdinek, we strongly feel that creating a sustainable production environment is a necessity, something we are not only doing for ourselves but also future generations.” That’s why they are committed to growing residue-free greens. “From the beginning, we have felt that this is the way to go when producing high-quality food. The production process is more complicated and more expensive. Unfortunately, we do see that for consumers the product price remains the most important factor. More important than quality, sometimes.”

A challenging market
That does make sense, considering the current global scenario. “These are difficult times, of course,” Jan says. “In the Czech Republic, inflation has risen to 20% and households are becoming poorer. I expect that next year it will be even more difficult.” Yet, that doesn’t stop Farma Bezdinek from promoting healthier eating habits in the country. “Despite all that is happening, we still invest a lot of time to explain to the people here how important it is to eat fresh greens. To this end, we set up social media campaigns and organize guided tours in our demo greenhouse, to show consumers how our tomatoes are grown. We do see that people are willing to learn more about greenhouse cultivation, and the vegetables we produce, as well as about the benefits of changing eating habits.” 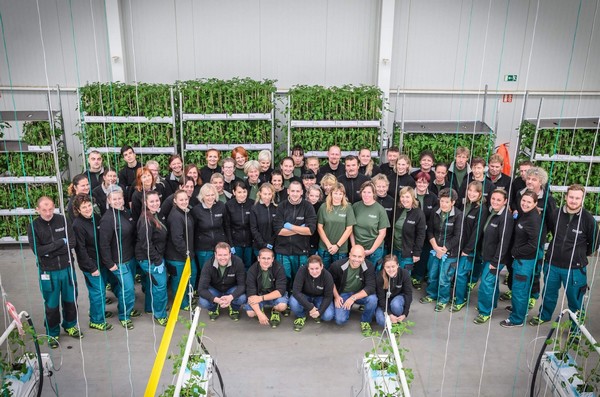 Educating people on greenhouse cultivation is especially important in a country that is not much familiar with the concept. “In the Czech Republic, we are aware that high-tech tomato greenhouses are still a novelty,” he remarks. This can be challenging when it comes to implementing innovative systems in the greenhouse. “We envision more ways in which technology can help us in the greenhouse. We strongly believe in artificial intelligence to fill the gaps in our knowledge, and thus become better growers. We also realize that we need a lot of info and data to grow the best plants. For that, we need accurate sensors for literally everything, from roots zone, EC, and pH to water content. On top of that, we also see a fantastic opportunity to make robotization in greenhouses more effective. Not to replace the workers, but to help them be more efficient and precise.”

Changing the food landscape in the Czech Republic surely is a long-term, intense endeavor. But what Farma Bezdinek is doing there goes beyond the country’s border. That’s why they partnered up with Eat This. “We value our collaboration with EatThis,” Jan says. “This allows us to build bridges between us and other colleagues from the horti sector as well as to connect with the general public. We know that to achieve our goal we need to be patient. That should be a greatnni motivation, as we all together can make a significant impact on people’s lives.’