Plenty of variety trials in Mexico and Canada: larger, more resistant varieties are the 'new standard'

Anyone who has ever visited a large North American supermarket is familiar with the large bags containing snack peppers of all colors. Iwan van Vliet, co-owner of Westland Seeds, is well aware of these. During his last visit to Canada, Iwan came across these bags too. The Dutch breeding company uses varieties to respond to market demand actively. He also recently visited Mexico. There too, they know how to handle larger packaging but also ever larger acreages. 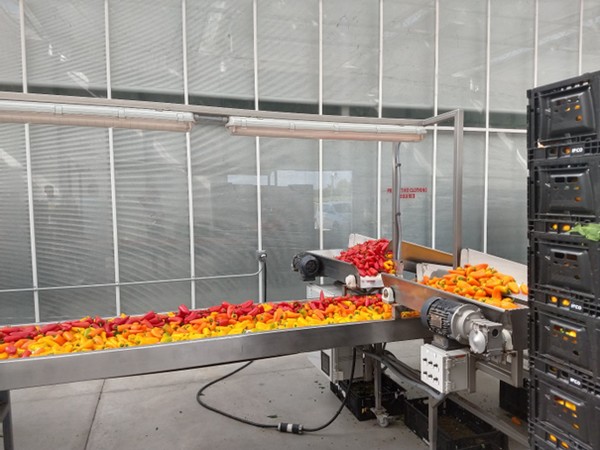 Snack bell peppers in five colors
Snack peppers are increasing in size. That is a significant trend Iwan observed in the Canadian market. "Just like the recent demand for different colors, I think this trend will continue. Labor issues are driving this, but traders also demand ±700gr bags with 18 fruits in three to five colors. They wanted another brown and bright yellow snack pepper to include. Our canary yellow WLS 0290 or WLS 1214 and brown WLS 2457 varieties let us offer those five colors last season."

Uniformity is a challenge when it comes to putting multiple varieties in one bag. "Growers like having all the varieties ripen at the same time. Further down the chain, the varieties must all last equally long. We've made progress in these areas." 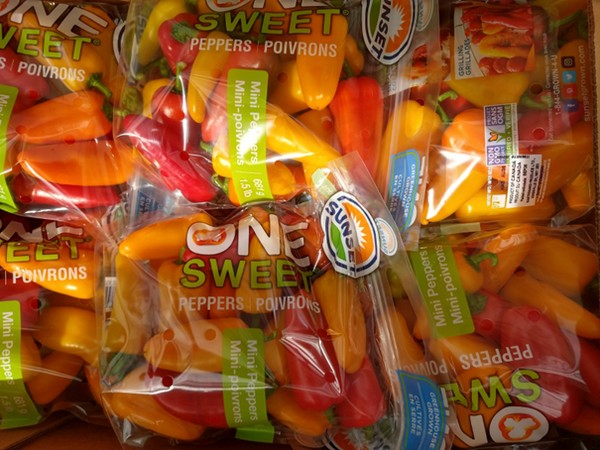 More thrip-resistant
Strides have also been made regarding resistance. In the Netherlands, Tm3 and TSWV resistance is genuinely needed, but in Canada, not always yet. "There, Tm0 can still suffice, as long as the fruit's large enough and stores well, and has good quality and production," says Iwan. Still, demand for TSWV-resistant snacks, blocky, and midi blocky peppers is on the rise in Canada too. Especially in regions like Leamington with many growers. "We'll be doing the first trials next year."

TSWV-resistant varieties are more thrip virus-resistant. "Growers who want more security choose TSWV, especially since that resistance doesn't come at quality and production's expense. Resistance is an extra addition to a variety. You create added value for growers and give them more production security," Iwan explains.

Westland Seeds expects the trials to give them a 'pretty good picture' by May. When fall arrives, they will decide if the varieties will become commercially available the following year. "We recently found that the new TSWV varieties are a great improvement over the standard snack peppers. At the market's request, we're, thus, accelerating their introduction." 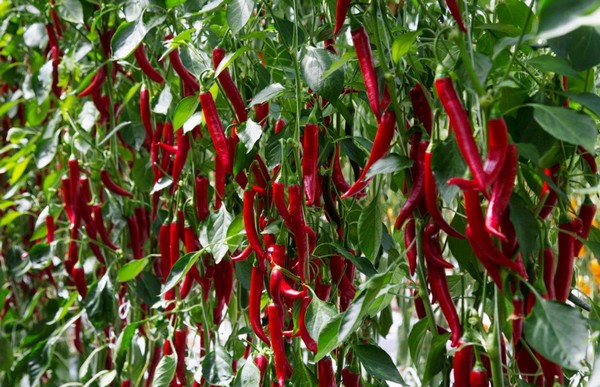 Growers want to cultivate peppers year-round
This season, there was a noticeable rise in pepper variety demand in Canada. "We've received inquiries from growers in all the larger growing regions." TSWV does not play a role there (yet). It is primarily about growing for export. "These growers often cultivate in multiple locations."

"That includes much further south on the continent. To offer year-round produce, they sometimes choose to grow in Canada as well, alongside crops in northern and central Mexico. That Canadian crop gives them additional assurance of year-round production."

Midi blocky catching on
Besides the sometimes clearly different and larger packaging than in Europe, there is a particular segment that you do not find on that continent: midi blocky peppers. These fruits weigh between snack and blocky peppers: 60-75 grams. "These days, there are Tm3 and TSWV smaller kinds available," says Iwan.

Cultivation is concentrated in British Columbia. "Over the past two years, demand grew there. The varieties we've kept developing have set a new standard in this segment." These types of peppers have been tried in the Netherlands. "Ultimately, it didn't succeed. You get fewer kilos with the same amount of labor," Iwan explains.

An aerial view of the greenhouses in Mexico

Mega farms in Mexico
He usually does not visit Canadian and Mexican growers in one go. For the sake of this article, we are. Iwan was recently in both countries. In Mexico, besides the different packaging types (traffic light with six instead of three fruits, for example), he was particularly struck by how fast the acreage is growing. "You hear growers say they want to add dozens of hectares per year in the coming years. That seems to be a run-of-the-mill thing, with ever more beautiful, especially polyethylene greenhouses, being built. Sometimes it seems the sky's the limit."

Mexico has three distinct cultivation sectors: high-tech, mid-tech (growing on rock wool but in less advanced greenhouses with harder-to-control climates), and low-tech (plastic greenhouse with soil-based cultivation). Westland Seeds has greenhouse varieties for all three segments, and Iwan visited growers all over the country. "Our varieties often do slightly better in the more technically well-equipped greenhouses where growers can direct things better and refine those varieties just a little more," he admits.

New standard
In Mexico, Westland Seeds is busy setting Tm3, and TSWV-resistant varieties are the new standard. "We're betting on this in both snack and blocky peppers." Pointed peppers were not mentioned in this story. Yet the breeding company is making strides there too. "This year, we started trials with Tm3 and TSWV varieties too. We're going for healthier, better-germinating plants. These tests will continue next year in Mexico, Canada, the United Kingdom, and the Netherlands."