In an increasing number of German wholesale markets, Spanish cucumbers gained the upper hand last week. In some markets, supply was such that, combined with limited demand, prices dropped, according to a market review by the Bundesanstalt für Landwirtschaft und Ernährung (BLE). 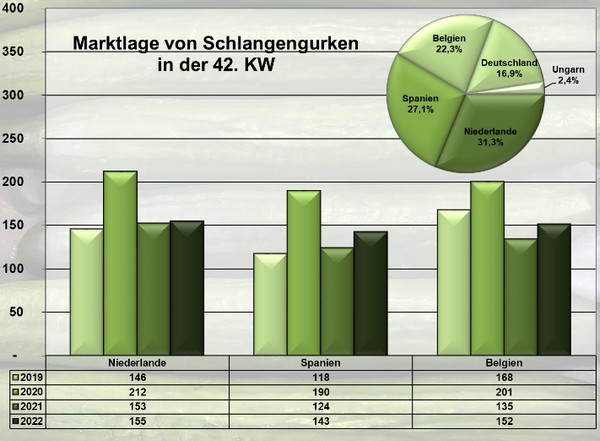 Trade in mini cucumbers was fairly stable, with above-average prices, higher than in 2021, for some time. Germany and the Netherlands led the most product. In week 42, for the first time since late August, the price for Dutch products was again higher than for generally better-paying German products.

Among tomatoes, BLE analysts note that supply from Turkey, in particular, increased seriously. Vine tomatoes from Turkey were of good quality and offered at lower prices, putting pressure on prices of product from the Netherlands and Belgium. Polish product was in limited supply, and German product even more so.