This year, redcurrant demand is continuing well, says Marcel van Lith of the Dutch company The Greenery. "It's been good right from harvesting. That initial demand is mainly from the local market. In September and October, that local share usually decreases, and more and more export destinations are added," he begins.

"Redcurrent harvests were generally good. It's not abundant, but it is good. The berries' quality looks excellent, too: lovely, full bunches with nice green stalks. The dry growing season positively affected quality. In other hot years, we sometimes had a lot of sun damage, but remarkably, we hardly had any this year." 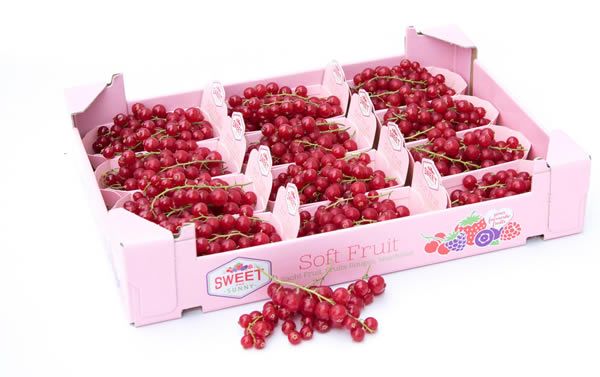 "Supermarkets aren't offering the summer range anymore, so demand is a little calmer, but certainly not dead. That happened in other years too, but sales are continuing reasonably well now, just at a slightly slower pace than in the past two months. This time of year seems to be extra calm sometimes since there's more staff available than during harvesting. That means all the demand can be well met," says the soft fruit trader. 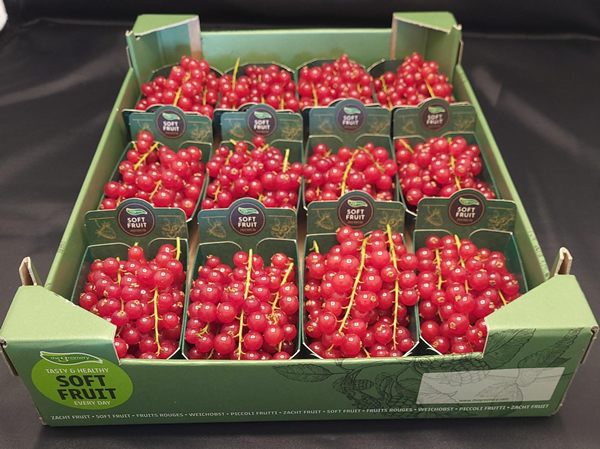 "Currently, exports are fairly broad. Countries such as Germany and northern Italy have berries of their own in storage. But in places like France and Spain, which have virtually no own redcurrant cultivation, we're a major supplier." According to Marcel, the Dutch redcurrants acreage has stabilized in recent years. "There was a scale increase; some smaller growers dropped out, and the larger growers kept growing. But, recently, acreage has been stable. Rovada is still the main variety, with a slight expansion in Haronia berries," he explains.

A significant recent development is that redcurrants are increasingly being supplied to supermarkets year-round. "Redcurrants used to be a genuine hospitality product. That industry is still a crucial pillar, but the retail channel is becoming more and more vital, especially in the winter. That's a critical spread to not become dependent on one segment. Top seals are still standard retail packaging. In the summer, there's plenty of 250, 300, or even 500g packaging; now the emphasis is more on the 125 and 150g packaging." 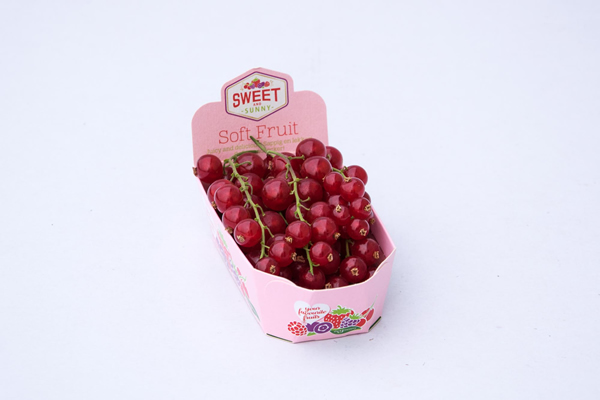 "Redcurrant sales to the hospitality sector remain stable, though. During the first pandemic lockdown, redcurrant sales were under considerable pressure, but now, they're fairly normal again. However, we're all too aware of the current economic situation. Redcurrants are a luxury product, and you cannot assume sales will continue running smoothly. That's why we try keeping as many lines of communication open as possible," Marcel concludes.