"Our Dutch growers will add 9 hectares this coming season"

Despite the tough Dutch horticulture situation, Gilad Produce plans to expand its acreage anew in the upcoming greenhouse vegetable season. "Our growers are expanding their acreage by nine hectares, including six hectares of large cucumbers." begins Frank Mosterd.

"We're once again extending our range with those." If it were up to him, it would not end there. "We're always looking to grow our existing assortment and other greenhouse vegetables. So, the door's always open to both customers and growers to show what we can do for them." 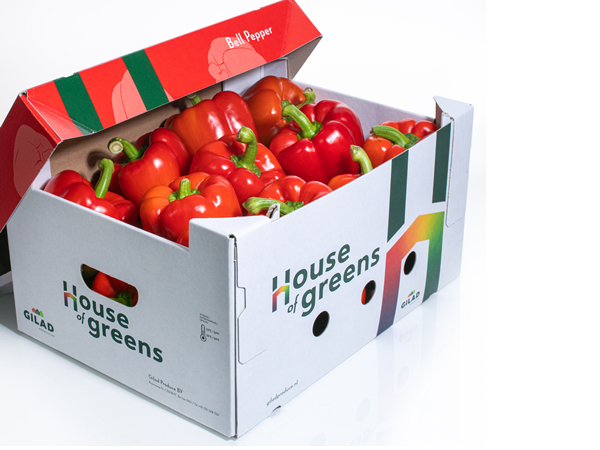 Cultivation in the Netherlands may be on an upward trend. Not so in Israel. "There aren't as many Israeli bell peppers as there were, and only a few Israeli bell pepper growers remain. That won't increase any time soon, either. We've not been targeting the European market with Israeli bell peppers for several years. We also stopped exporting to Russia a few years ago. That was becoming increasingly sketchy, and we chose security. I'm very glad we did," says Frank.

Gilad Produce sells 99% of its Israeli bell peppers to the North American market. "This year was finally another great one for exporting Dutch bell peppers to America. We start with the new Israeli bell pepper season in late October/early November. Air freight availability and the exchange rate are slightly better again, so we're confident about both the Israeli and Spanish seasons. Recent North American demand for Israeli peppers has always been good, especially in December."

Frank does not expect lower Dutch production to create much demand for Israeli bell peppers in Europe. "There will be a gap between the Dutch and Spanish seasons, and Spain is now coming onto the market in full force. While higher than in other years, prices aren't extremely high either. Israeli bell peppers take a week to arrive and thus have a different price tag than the Spanish product. But if the market becomes really hot, we can always respond quickly," he explains. 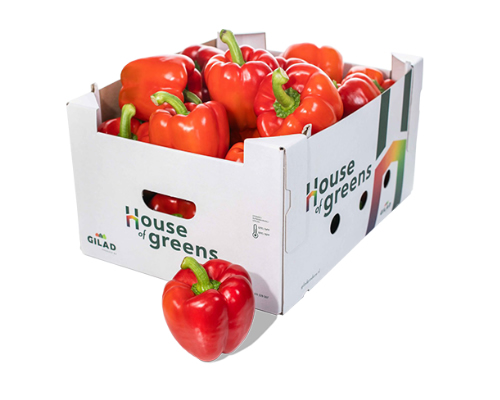 House of Greens
Gilad has been offering its bell peppers in a new box under the House of Greens brand for several weeks. "We already have our well-known Chili Festival brand for chilis, Black Bullet for our beautiful Jalapeno chilis, and Cuckies for the mini cucumbers. Now, we're adding House of Greens: the home of high-quality greenhouse vegetables."

"Our customers return for strong brands, and that's where we want to differentiate ourselves with quality, strong-branded products. We recently launched a new corporate identity too. And, so, we want to welcome everyone to our House of Greens," concludes Frank.