There have recently been changes in vegetable price trends in Almeria. "According to the information we have, the high temperatures at this time have led to all productions being in full swing," says Paco Gomez, manager of Agroejido. "The high temperatures in summer affected the flowering of certain crops, causing a drop in the production, which has now recovered. In fact, at the moment, there is produce from both late summer plantings and early autumn plantings, and this oversupply has caused prices to drop after having remained at higher levels than usual throughout the summer." 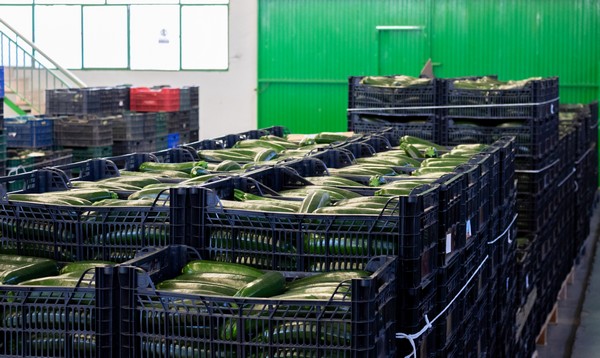 "By product, the biggest drop has been recorded by zucchini. At our auction, the price started at 64 cents per kilo on October 19 and ended at around 45 cents," said Paco. Just a week earlier, on October 13, zucchini recorded a price range of between 1.45 and 1.2 Euro per kilo, more than double of the current price. "Some say that a lot of zucchini is arriving from third countries and that this, together with the greater supply in Almeria, is pushing prices down."

"Cucumber prices have shown a very similar development. In August and September, prices were really good, as there was not much supply, but now it is noticeable that there are enough plantations in production. In yesterday's auction, the Almeria cucumber started at 43 cents per kilo and ended at 36 cents; the price of short cucumbers has ranged between 63 and 44 cents, and that of French cucumbers by between 39 and 30 cents."

"As regards eggplants, there have also been noticeable price drops after a period with fairly high prices for the time of the year. These three products are, in fact, the most sensitive to ups and downs in the supply," said the manager of Agroejido. The price of long eggplants at the Agroejido auction has dropped from 50 to 30 cents, while a week earlier, it even exceeded 1 Euro at some points, explains Paco. 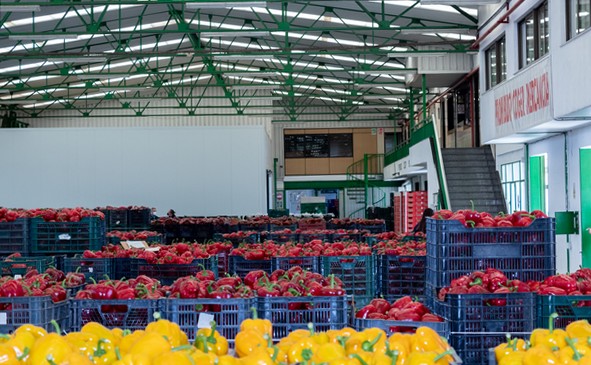 "Bell pepper prices have also dropped slightly, although they still start above 1 Euro and end at around 90 cents. In general, bell pepper prices tend to remain stable, more than other vegetables; however, they have high production costs, and in recent years, these have grown so much that the prices are falling a bit short. We estimate that, in order to cover the production costs throughout the year, prices should stay above 1 Euro throughout the season."

Other pepper varieties, such as the Italian and Palermo, are also recording good prices, and on Wednesday, October 19, they ranged between 1.32 and 0.93 Euro per kilo and between 2.81 and 1.24 Euro per kilo, respectively. 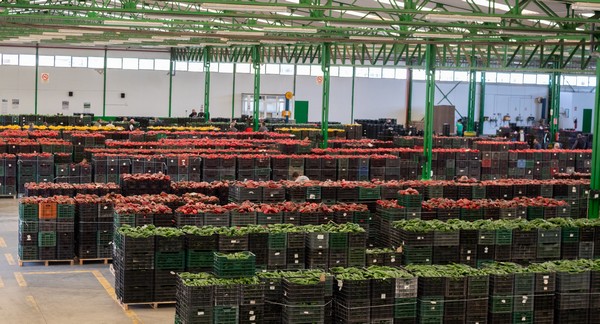 "In our auction, we also work with green beans. It is a product that has been losing market share in Almeria due to high labor costs, and its production has been increasingly transferred to third countries. However, in the area of Berja and Dalías, we continue to grow green beans of exceptional quality, most of which are sold on the domestic market, mainly for central markets, the food service channel, or greengrocers. The Strike bean started the auction yesterday at 4.27 Euro per kilo and ended at 3.25 Euro, and the long Perona went from 3.26 Euro per kilo to 2.2."

"In general, we believe that if the weather does not change and the supply volume stays at this level, prices won't change much until temperatures begin to drop and productions are regulated."

New organic work line
This year, in September, Agroejido started marketing organic produce. "For now, we are doing mostly zucchini and bell peppers, and we will gradually expand the range, depending on the demands of our customers, which are mainly customers of conventional products that also have organic lines."

The increase in organic production in Almeria is remarkable. According to the most recent data from the Andalusian Council of Agriculture, in 2021, the organic acreage under plastic in the province grew by about 18%, reaching 4,800 hectares (and by 979.3% since 2013, as highlighted by the agency in its "2021 Balance of Organic Production in Andalusia)".

"Producing organically in Almeria is relatively easy. Growers already produce with environmental standards that come close to being organic. For some crops, such as peppers, the conversion to organic is practically just bureaucratic. Thus, Almeria has done a lot of the necessary work, and even with conventional crops, the European consumer should feel totally safe when consuming our products. The move towards organic will be made gradually and always depending on the demand," said Paco Gomez.