Trials going on in Italy, Spain, and the Middle East, among others

ToBRFV-resistant tomato varieties to be launched in Mexico

The launch of ToBRFV-resistant tomato varieties by HM.CLAUSE will start in Mexico on November 2022 with two saladette varieties that will be introduced at the Expo Agroalimentaria Guanajuato in November 2022. 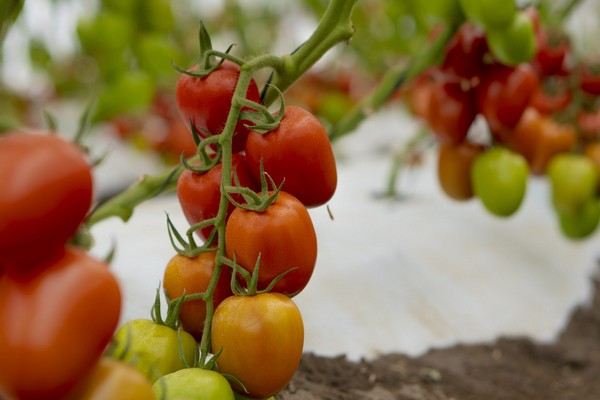 This launch will be followed in 2023 by new variety introductions in other key tomato markets, including Italy, where a group of cherry and cluster type ToBRFV resistant varieties are being trialed on a large scale this fall and winter season. Validation trials are also in progress in Spain and the Middle East, where ToBRFV infection has been confirmed.

"Prior to being commercialized, our varieties go through an intense validation process in specific production areas," says Veronique Lafanecher from HM.CLAUSE. The saladette ToBRFV-resistant varieties that are going to be released in Mexico have indeed been trialed and validated by Mexican growers.

"All of our varieties are specifically tailored to the market they are being released in. The ToBRFV-resistance is an important feature that is on top of others that are mandatory for any growers: quality and quantity, that is."

For instance, HM.CLAUSE is currently trialing other ToBRFV-resistant varieties in Sicily. "The validation process is done individually for each market," Veronique continues. "In Sicily, we are going to assess not only the resistance to the disease but also all those varietal attributes that are crucial for every grower, like the quality and quantity of the yield. Around the end of January, we'll have all the data about the Sicilian trial and market."

A similar process occurred in Mexico, where local growers validated the ToBRFV-resistant varieties. "Those varieties have been fully validated, and we are sure about what they deliver. That is why we are launching in Mexico first. We are conducting other trials in other countries, not only Italy but also Spain and the Middle East. Each of the trialed varieties is designed to be suitable for the market in question, and on top o that, they are ToBRFV-resistant. Bluntly put, all of these varieties we release in different countries are specifically conceived for the market and environment they'll end up in. The only thing in common they have is that they are ToBRFV-resistant."

"The last years, HM.CLAUSE has been working on developing a pipeline with IR resistance to ToBRFV, focusing on different tomato segments like Saladette, Cherry, Round Loose, and Specialties. Thanks to our elite germplasm and R&D resources, we will be able to deliver value to growers with varieties that provide high agronomic performance and an effective IR resistance to ToBRFV," says Jose Arauz, HM.CLAUSE Tomato Marketing Portfolio Lead. "Our ambition is to deliver a proven solution to our customers without compromising on any of our tomato variety quality attributes."

ToBRFV is a highly virulent, very aggressive virus that can cause severe infection in tomatoes. It was first discovered in late 2014 in Israel and, since then, rapidly spread to Jordan (2015), then to Mexico, and has now been identified in multiple countries worldwide.

After ToBRFV disease was discovered, a very active search for resistance sources was immediately initiated. HM.CLAUSE, through Limagrain upstream research, contributed to a network of internal and external collaborative discovery projects on ToBRFV using different approaches. This resulted in Limagrain being the first company to file a patent on ToBRFV resistance in tomatoes in 2017.