After days of short-term gas price declines, the trend did not continue on the European gas exchange (TTF) on Wednesday morning. This crisis update includes more on the gas price trends, electricity price developments, and European intervention plans.

Yesterday morning, the TTF November gas price was at about the same level the market closed on the previous day: around €115/megawatt hour. View the current figures here.

On Tuesday, the medium-term gas prices fell harder than in recent days. The "winter 2023" contract price decreased by €10/MWh and closed on a rounded €137.50.

With gas prices as they are, inflation in the Netherlands could drop to six percent. That is according to BNR's in-house economist, Han de Jong.

In a new weekly overview, Powerhouse, the Dutch energy trading platform, reflects on the drop in spot prices due to continued above-average temperatures. Anyone looking outside in the Netherlands recently saw bright sunshine and temperatures soaring. Mild weather is forecast until the end of October. That, full gas storage facilities and good LNG supplies (the U.S. government agency EIA has good expectations for LNG exports for this winter) are depressing prices.

Electricity prices also fell in recent weeks. Yesterday, the spot price was €129/MWh. Essential for the European electricity market is whether nuclear power plants will return to full power. This winter, capacity must reach 50 GW. Currently, strikes and maintenance limit that to 2.3 GW, say specialists at Powerhouse. Read the complete Powerhouse analysis here.

Click here to enlarge the APX spot price day ahead.

The European Commission cannot yet agree on how to intervene in the gas market. NOS reports that a series of proposals will be discussed today and tomorrow. If it were up to the EC, EU countries would start buying gas together. There should also be a different target price for liquefied gas (LNG). Also, the Commission wants a better safety net if the crisis intensifies and households and hospitals are left without energy, for example.

The BNR wrote about this too. They say the European Commission is suggesting a gas 'peak limit'. If needed, the Commission wants to use a temporary 'dynamic price limit' to level off 'very short' peaks in the TTF, the leading Dutch price index. Gas cannot be sold above the maximum price on the Dutch gas exchange. Prices may also only move within certain values during the day.

ABN Amro has a new energy monitor. They say the focus is slowly shifting to next winter. "To meet the gas demand in the coming months, and thus prevent prices from rising to new record highs, current LNG imports will have to remain at the current high level. If demand for LNG in Asia begins to pick up, this may prove especially challenging," the bank specialists explain.

They add that the risks of new price increases outweigh Europe's potential for a downward gas price trend. "If the winter's mild, shortages will be avoided, and gas prices could fall further. That would be a relatively good place to begin replenishing stocks for next winter. Still, restocking for next year will prove even more challenging than for this winter."

"However, if it's a harsh winter, it will be vital to maintain LNG inflows to avoid possible shortages and thus record high prices. Also, reducing demand and using alternative energy sources (especially coal and nuclear) will dampen prices. The upward price risks in a cold winter are thus much higher than a mild winter's downward price risks," say the bank specialists. Read ABN Amro's entire analysis here. You can read the whole ABN Amro analysis here.

Eurostat statisticians report low European oil stocks. These are broken down by country. 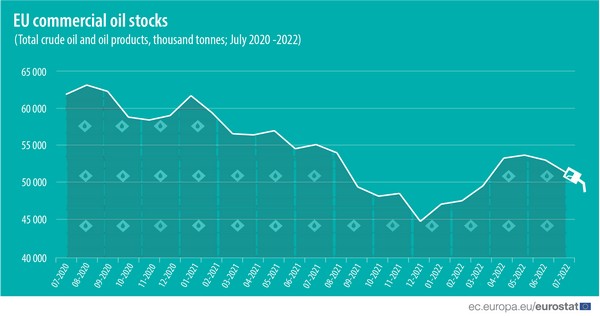 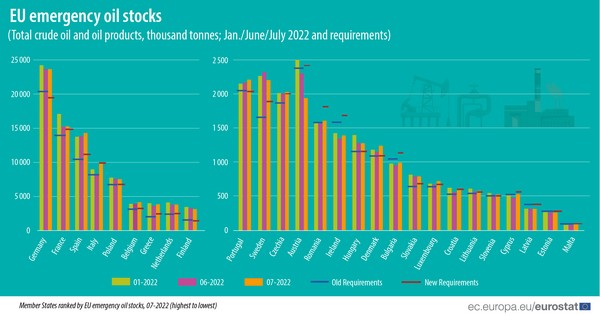 BNR reports that the Netherlands is quitting the ECT (Energy Charter Treaty); Minister Rob Jetten says this treaty stands in the way of reaching the Paris Climate Goals. According to critics, the treat offers fossil energy producers too much protection. The Netherlands especially disapproves of companies that feel they are disadvantaged by climate policy, possibly filing damage claims against governments, writes the BNR.