In week 41, the Spanish vegetable auction supply at ZON kicked off with the first eggplants and green beans. "In other years, we didn't start until week 43/44. But many Dutch crops are done sooner or have greatly reduced volumes, so we've begun earlier. Based on our Dutch growers' product availability in the coming weeks, we'll also start the remaining products' import season. Dutch bell pepper and zucchini volumes, for example, will decrease earlier than last year," says auction sales manager Els van Herpen.

There is high demand for Spanish vegetables. "Everyone wants certain products, but the hot summer somewhat delayed the Spanish supply of products like bell peppers and tomatoes. ZON would've liked to start with, say, orange peppers already because we have no more Dutch supply of these. However, we couldn't switch to Spanish orange peppers this week because they weren't yet available."

She expects to be able to offer a wide Spanish assortment via auction again this season. "The cooperatives we work with were very satisfied with last season's collaboration. Still, the volumes ZON gets depend on both demand and the Dutch and Spanish market situations," explains Els. 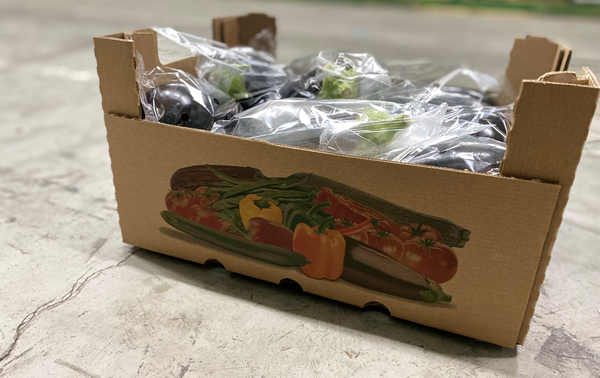 The Spanish auction range may grow this year, but according to Els, that is still under discussion. "We're getting more open field suppliers and trying to up the existing product lines' volumes." To ensure the Spanish vegetable quality, ZON again has an inspector in Spain to check the partner cooperatives' products on-site until spring. This year, the Spanish vegetables will be delivered in the familiar black box and, per customer request, in a new ZON box. The first Spanish eggplants in the new packaging have already arrived.

"The high energy prices hugely affect lit tomato cultivation in the Netherlands. ZON, too, will lose much of its lit production. Spain's tomato acreage increased again this year but declined annually in recent years. We've anticipated this shortage by expanding our Turkish TOV supply and vine, cherry vine, and cherry plum tomato supply from Sicily, Italy. These will be auctioned from November," Els concludes.

From November 7, ZON will hold auctions in its new main building's auction hall. Els has not yet noticed any effects for ZON of FruitMasters' decision to stop auctioning at the end of this year.