Francisco de Ves, president of Coprohnijar: "We are absolutely sure that tomato prices will go up"

"This season, our production of plum and vine tomatoes will grow by 20-30%"

As already expected, the first planting data reveal that the tomato acreage in the Spanish province of Almeria is estimated to have grown by between 7 and 8% this season, with considerable growth of the types of tomatoes that are cultivated in Central Europe the most, says Francisco de Ves, president of Coprohnijar.

"For Coprohnijar in particular, the total share of tomatoes will remain similar to last year's, but we have grown by 20-30% in the production of plum and vine tomatoes. Since the Netherlands is expected to have more problems to cultivate this winter because of the energy issue, producers have decided to cultivate the types that are likely to be lacking in the market."

"In fact, in the latest edition of Fruit Attraction, we saw a rise in the demand for these types of tomatoes through customers. In 2023, the prospect is that the Netherlands will start producing in May, instead of late February/early March, as it traditionally does, but this year, the plantings could be delayed to April." 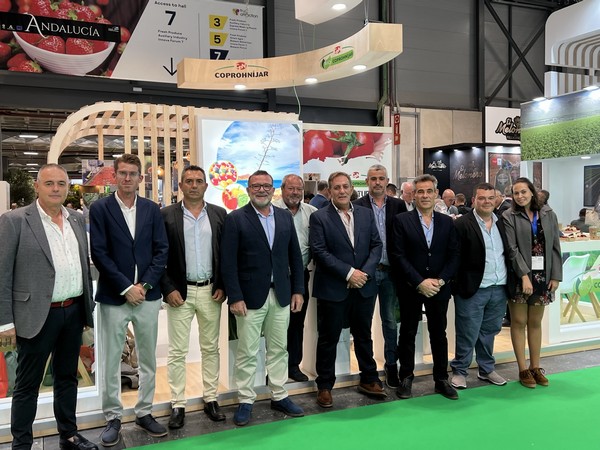 Francisco de Ves and the managing board of Coprohnijar at Fruit Attraction 2022.

This will allow Almeria to have a much wider marketing window this season, running practically from November to May, and the same applies to other countries that export to Central Europe, such as Morocco, said Francisco. However, both will have to deal with the same issue as the Netherlands, the country that last season stood as the largest supplier of tomatoes in the EU: the rising production costs. 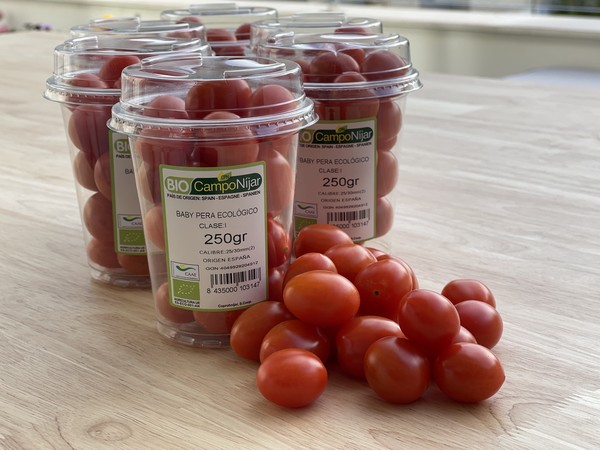 "There may be times when the demand in the market will be greater than the production"
We cannot ignore that, according to provisional data for 2021 provided by the Council of Agriculture of the Andalusian Government, the price of agricultural land for vegetable cultivation in irrigated greenhouses in Almeria has increased by 5% and stands at 247,783 Euro, reaching peaks that have exceeded 313,500 Euro. Lease fees, meanwhile, have reportedly risen by 22% and exceed 11,750 Euro per hectare.

"Moreover, since January 2021, the cost of building a greenhouse has increased by around 35-40%. The expansion of the tomato acreage in Almeria this season responds to a market need, but I highly doubt that this trend will continue in the province in the short-medium term if the current costs are maintained." Besides, the water supply is also a limiting factor, says the president of Coprohnijar. "We are currently defending the expansion of the Carboneras desalination plant, as well as the use of other facilities that have already been built, such as those from Rambla Morales."

"Despite the fact that production costs have risen by around 25-30% (labor, fertilizers, etc.), we are starting this season with enthusiasm," says Francisco de Ves. "We are absolutely sure that tomato prices will go up because there may be times when the demand in the market will be greater than the production." 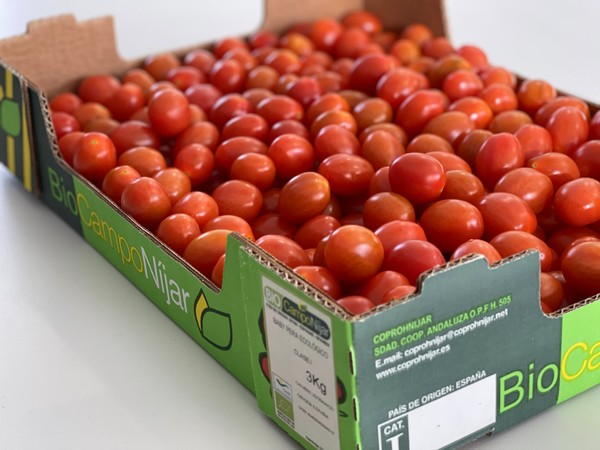 "Approximately 45% of our production is organic. We grow a wide range of organic products with which we are able to supply our customers: all kinds of tomatoes, eggplants, zucchini, melons, watermelons, etc. We currently have about 180 hectares in production that are certified organic, but our plan is to expand that and finish this season with 50% of our production being organic," says Francisco de Ves.

Organic peppers and watermelons from Coprohnijar.