On the night of Thursday 6 October New Zealand experienced a major spring frost in key kiwifruit growing regions. It was the first for about 15 years and many were caught out. 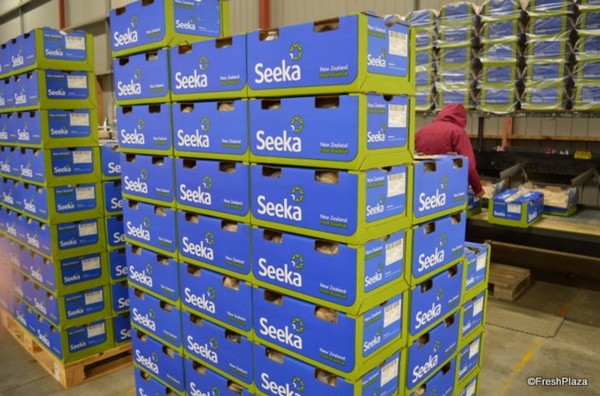 "Te Puke was affected but this region has extensive frost protection, so only exposed orchards were affected or those where the frost protection failed," said Michael Franks CEO of Seeka, one of the largest growers and post harvest operators in New Zealand. "Growers use frost fans (windmills) or water to fight frosts, but also bring in helicopters which is an expensive option. Some helicopters were also brought into Te Puke."

The frost was unusual, as in places there was no inversion layer meaning that there wasn’t warm air above the orchard that could be circulated to warm the orchard up.

"Its difficult to accurately assess the extent of the damage and leaves can be burnt but the flowers still viable. We will have to get through flowering to get a true reflection of the damage.

"Our initial estimate of the damage to Seeka’s supply base is between 3.5m and 4.0m trays."

This frost is particularly hard on growers as it comes after a hard season with Covid, weather, labor issues, difficult market returns and quality issues.