Experiences from a large-scale demonstration project:

The goal of the EU project SYSTEMIC centered around producing biogas and reclaiming nutrients from organic waste streams. The project invested in new technologies in five fermentation facilities in the Netherlands, Flanders, Germany, and Italy. These technologies process digestate into replacements for artificial fertilizers and organic fertilizers. The current energy and nitrogen crisis illustrates the importance of improved nutrient utilization from waste streams. This project shows that it is technologically possible to transform manure, organic waste products, and sewage sludge into artificial fertilizer replacements without increasing environmental emissions. However, it remains a challenge to develop this with a strong business case. The project was finalized in 2022, and all end products are now available online.

From manure to artificial fertilizer replacement
The Dutch company Groot Zevert Vergisting (GZV, Beltrum) was one of the demonstration locations in the project. This company focuses on the digestion of manure and co-products. The co-products come from the agri-food industry and produce high amounts of biogas. The biogas is transported via pipes to a nearby milk production factory. Digestate of manure cannot be easily applied in the region because of a surplus of manure. However, the region’s farmers are interested in replacements for artificial nitrogen fertilizer reclaimed from digestate of manure. These artificial fertilizer replacements would provide nitrogen in addition to what is allowed from animal manure. There is no regional market for phosphorus fertilizer replacements because of high phosphorus levels in the region’s soils and regulations which prevents the addition of more phosphorus to the soil. 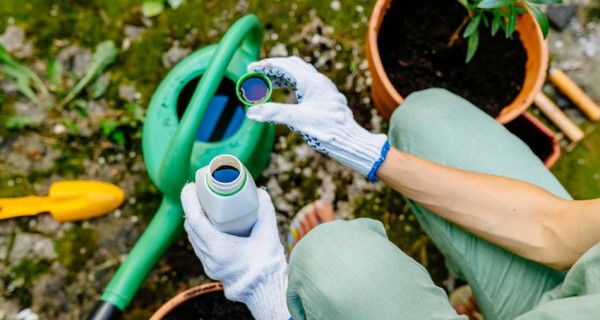 GZV has therefore invested in separation technologies where phosphorus is separated in a solid fraction. A part of the nitrogen is reclaimed in a mineral concentrate, and water is separated as clean dischargeable water. Initially, the goal was to discharge 45% of the digestate as clean water, but this was not feasible. However, there have been successful steps to reduce the use of sulfuric acid, polymers, and other additives. Around 30% of the mineral nitrogen is reclaimed in the concentrate via reverse osmosis. This product is sold as a mineral concentrate, although the mineral levels are relatively low compared to artificial liquid fertilizers (0.8% N). Phosphorus is reclaimed in a solid fraction, which is then sold in the Eiffel region (France), where there is a market for phosphorus fertilizers.

Extra nitrogen, in the form of urea (ammonium nitrate), is added to the product to improve its marketability, after which it is sold to local farmers under the brand name ‘Groene weidemestof.’ The addition of nitrogen is needed to create a product where nitrogen, potassium, and sulfur, are present in the ratios needed by the crop. The product is sold at the price of artificial fertilizers. A part of the income is used for storage outside of the growing season, transportation, and application because these costs are greater for the use of liquid artificial fertilizer replacements than for the use of artificial fertilizer granules.

An innovative nitrogen stripper
The demonstration location at Benas (Bremen, Duitsland) ferments energy crops and chicken manure. Fermentation of the nitrogen-rich chicken manure is only possible by reducing the ammonia levels in the fermenter because high ammonia concentrations are toxic to biogas-forming bacteria. To reduce the ammonia levels, an innovative nitrogen stripper and scrubber are installed at the site of the fermenter. This is an innovative technology because it uses gypsum (CaSO4, an industrial byproduct) instead of the expensive sulfuric acid used in regular scrubbers. The process at the BENAS location produces an ammonium sulfate, a calcium fertilizer, and a digestate. All the fertilizers are used by BENAS on their own land to produce energy crops. Although this is a nice example of circularity, this also generates a risk of high sulfur dosage to the soil through the use of ammonium sulfate.

The fermentation facility at BENAS has a solid business case in selling energy. The biogas is converted to electricity or upgraded to green gas depending on the demand on the electrical grid. Green gas has a methane content equal to natural gas and can be delivered via the natural gas network. The option to produce electricity from biogas on demand contributes to the higher stability of the electricity grid and provides a higher income for the producer.

High-quality application for organic fibers from digestate
Groot Zevert Vergisting and BENAS also create extra value by extracting organic fibers from digestate for use in valuable products. BENAS produces their organic fibers from energy crops, and they process them into cardboard products, such as plant pots, at their own location. The fibers are also suited to use in potting soil and may be used in organic agriculture. GZV has invested in a system where organic fibers are washed to remove salts and phosphorus. This makes the product suited as a peat replacement in potting soils. Potting soil companies aim to reduce the use of peat in potting soil, so there is much interest in quality alternatives. Both companies have had a long development process, and despite good perspectives, there is still no long-term sale of the products.

The remaining fluid fraction is evaporated by the use of residual heat. This reduces the volume of the product to be exported. Ammonia and carbon dioxide also escapes during evaporation. This can be reclaimed via condensation to produce a solution of ammonium-bicarbonate. This is called ammonium water in practice. This solution is not suitable as fertilizer because the ammonia can quickly escape due to the high pH. Waterleu sells the ammonia-rich water to a nearby company as a replacement for conventional ammonium water in air gas cleaning installations. Although this is a sustainable solution, the company owner has plans to reclaim the nitrogen with an acid wash to produce ammonium sulfate, which can be used as a fertilizer. The company is waiting until the use of ammonium sulfate from animal manure is approved as a fertilizer replacement.

AmPower also evaporates their watery digestate, but without separating the nitrogen. The digestate is made acidic with sulfuric acid to prevent the release of ammonia during the heating process. This process produces an organic fertilizer rich in nitrogen and sulfur. AmPower does not process animal manure, so this product can be used without restriction by animal manure limitations (170 kg N/ha). However, they still have difficulty selling fertilizers in the region because of phosphorus application limitations and because injecting a liquid concentrate is more expensive than spreading artificial fertilizer granules.

Both companies use high amounts of thermal energy to dry their products. They use the residual heat from the production of electricity from gas. About 40% of the energy worth of biogas is converted to electricity, 40% is residual heat, and 20% is lost. Although the energy demand of digestive evaporation is provided by sustainable energy, there may be a question if the residual heat can be more sustainably used in another way, such as heating homes. Another disadvantage is that these companies are dependent on residual heat and cannot transition to the production of green gas because of the quality requirements to make it comparable to natural gas.

Circular use of phosphorus through sewage sludge
Sewage sludge is also suited to the production of fertilizers, as shown by the Italian company Aqua&Sole located near Milan. Thermophilic fermentation at 55 °C produces a stable, hygienic digestate. Thermophilic fermentation requires control of the ammonia concentrations in the fermentation facility because high concentrations can halt the production of biogas. To address this, Aqua&Sole has invested in an advanced nitrogen stripper which extracts up to 40% of the mineral nitrogen from the digestate in the form of an ammonium sulfate solution. The digestate is used locally by arable farmers, while the ammonium sulfate can be fully utilized as an artificial fertilizer replacement thanks to its waste end-product status. No phosphorus regulations apply to the region, so the use of the digestate results in a surplus application of phosphorus. Researchers advise using phosphate equilibrium fertilization to prevent the buildup of excess phosphorus in the soil and to reduce heavy metal application to the soil. Reclamation and reusing phosphorus out of sewage is crucial to closed-loop phosphorus utilization. Despite this, there is a concern about contamination by the use of sewage sludge in Italy.

Nitrogen is present as ammonium in artificial fertilizer replacements, which creates a risk of ammonia emissions. This is especially the case for mineral concentrate, which is characterized by a relatively high pH. Ammonia emissions can be reduced to levels lower than animal slurry by injecting the concentrate into the soil because it can infiltrate the soil more quickly. GZV commissioned the development of a new type of fertilizer injector to facilitate injection. Field experiments show that good application practices result in nitrogen uptake and yields, like the use of artificial fertilizer. Mixing the mineral concentrate with animal manure is not recommended because this reduces the nitrogen effectivity because of increases in ammonia emissions. Mixing also reduces yields because of the lower nitrogen effectivity.

Ammonium sulfate is a suitable artificial fertilizer replacement, but the high sulfur levels require attention. Only a small part of the nitrogen requirement of the plant can be provided by ammonium sulfate. Otherwise, a surplus of sulfur will be delivered and will leave the system through runoff. This process will also lead to losses of microelements because the excess sulfur binds to the microelements when it exits the system. Ammonium sulfate cannot be mixed with digestate because this can create harmful manure gasses. High sulfur levels also require attention in concentrates from reverse osmosis or evaporation because sulfuric acid is used to prevent ammonia emissions. It is important to consider the sulfur application levels when creating a fertilizing plan with reclaimed fertilizers.

Transforming digestate into new, more concentrated fertilizers has a small positive effect on the CO2 footprint of the demonstration plants. Though producing more concentrated fertilizers results in a reduction of the CO2 emissions associated with transport, the energy used to separate digestate results in a net positive CO2 footprint for this part of the process. A small amount of biogas energy is used in digestate processing, and all the companies deliver energy to the electrical/energy grid in the form of gas or electricity, resulting in a total negative footprint.

The participating companies were all located in areas of intensive livestock production. Therefore there is no demand for unprocessed digestate. They have an economic advantage when they produce reclaimed fertilizers, which biogas companies with a different regional situation do not because, in other regions, the unprocessed digestate can be sold. The local fertilizer market is the driving factor for investing in processing facilities for digestate.

A plentiful knowledgebase for other biogas facilities
The SYSTEMIC project has delivered a high amount of data and new insights about digestate processing techniques, energy and chemical use, quality of reclaimed fertilizers, costs for processing, and environmental advantages. This data is now openly available via the project website and WUR library.