It's time in Niagara Falls for day two of the Canadian Greenhouse Conference. Once again, on the final day of the trade show, there are some two hundred exhibitors to visit and plenty of presentations to attend. 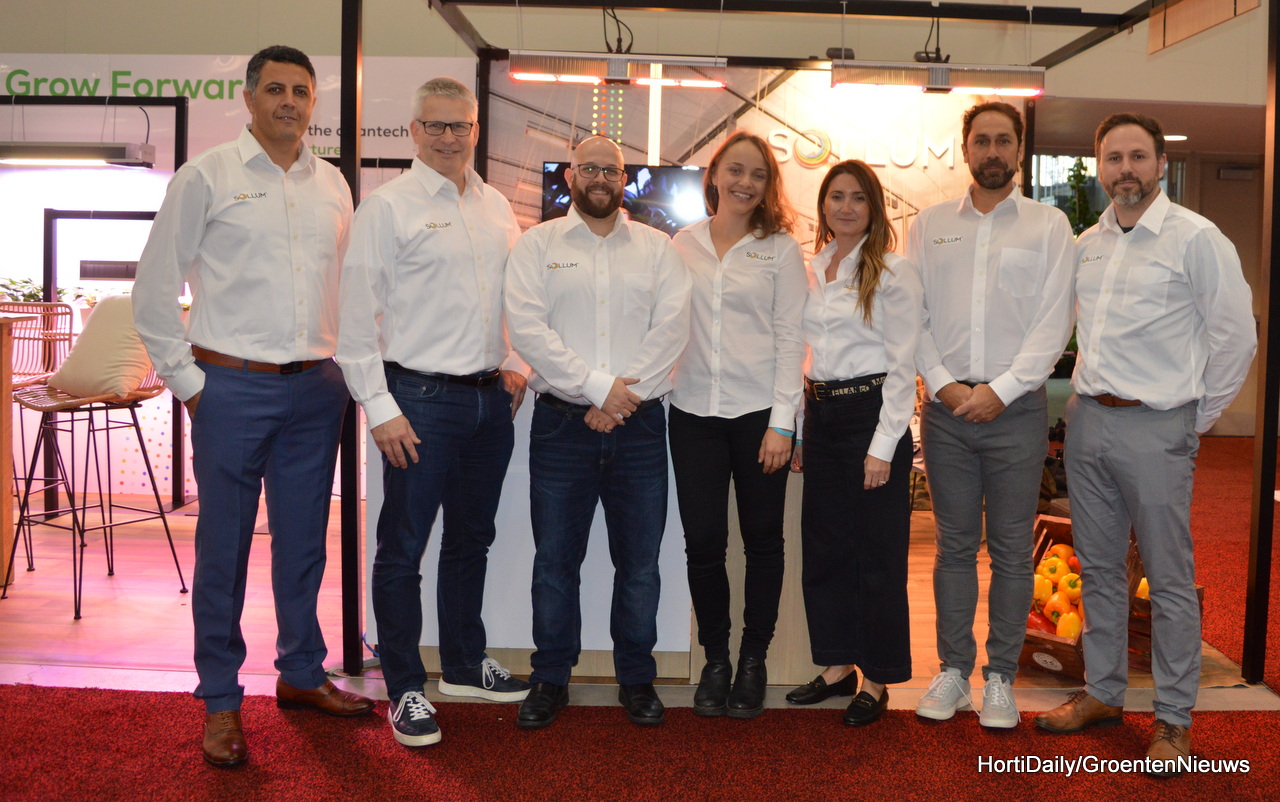 Day one of the show was well attended and ended with dinners and drinks. In several places in the town, exhibitors and visitors came together afterward to re-enact day one. This started directly at 4 p.m. on the floor during a 'happy hour.' 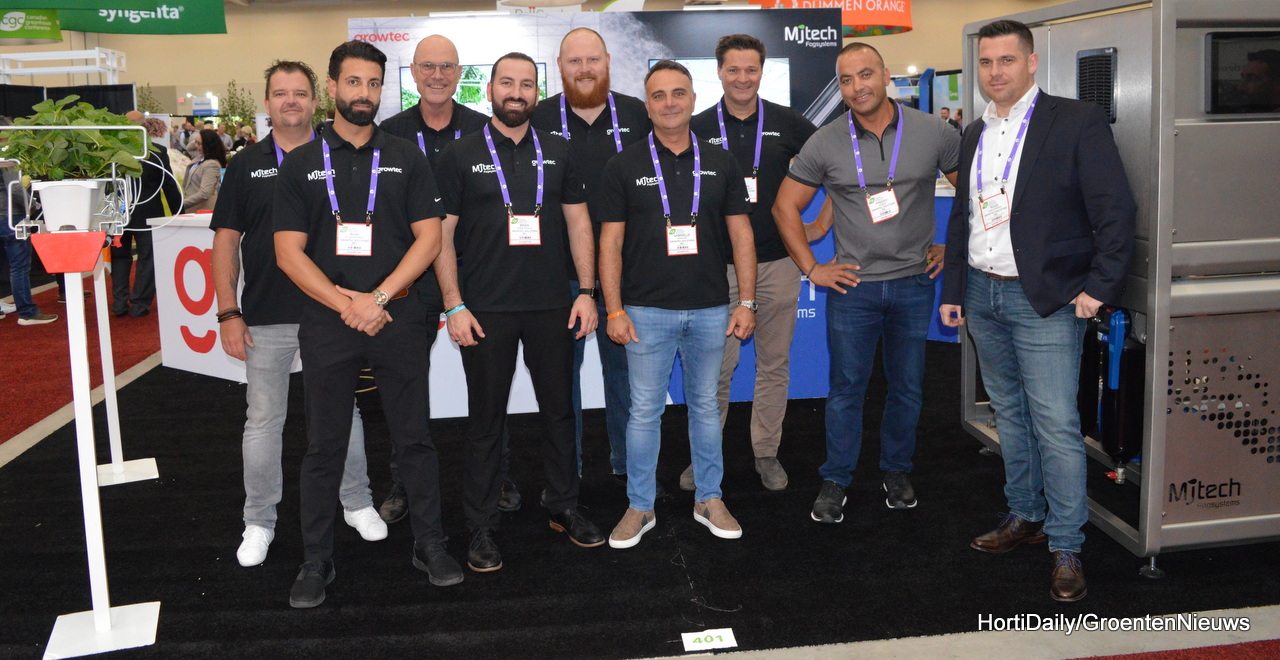 Also, a team photo with the teams of Growtec and MJ-Tech. In the evening, they, along with several other companies, hosted a party.

The show is an opportunity for many to meet each other again for the first time since the pandemic.

Neighbors at the show and two companies with close ties: Dordt Water Management and Genap Canada. Local presence is being worked on. 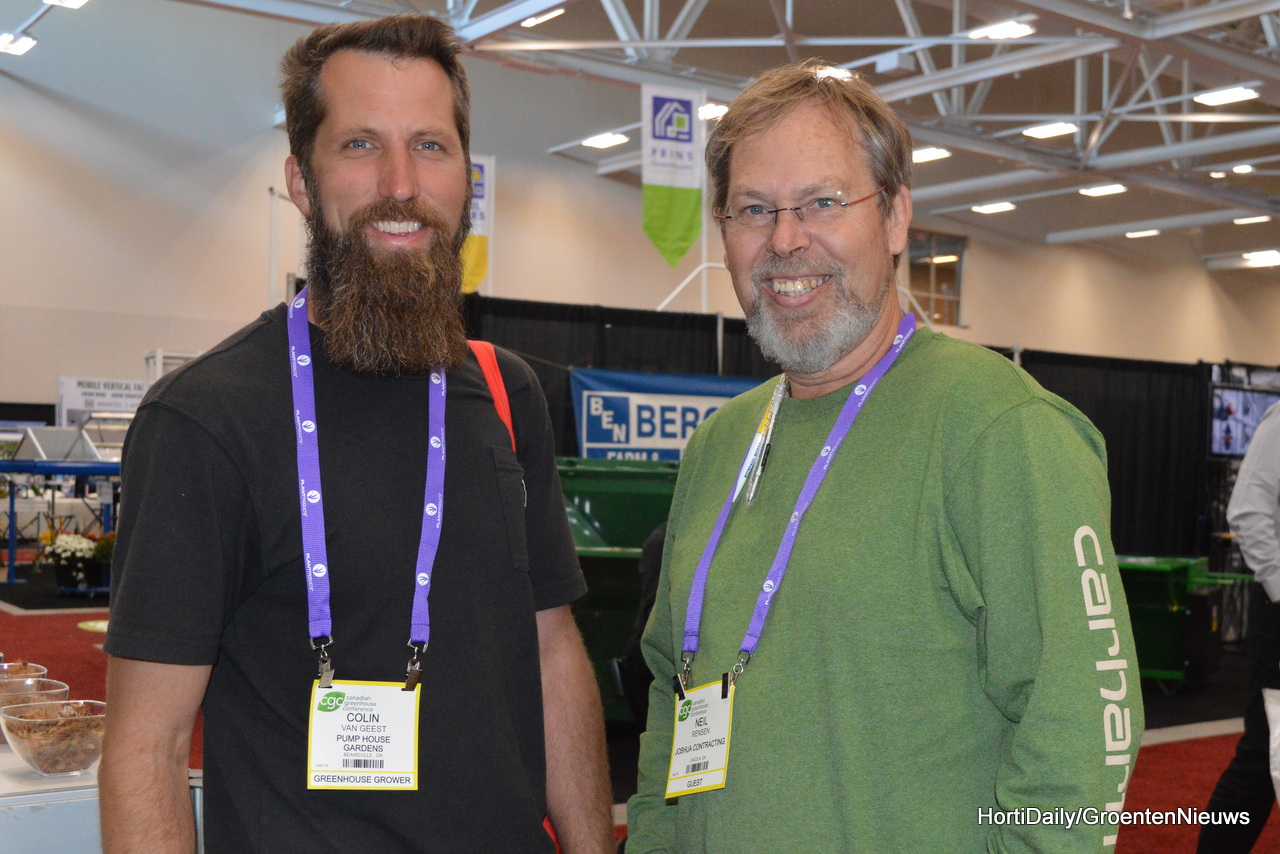 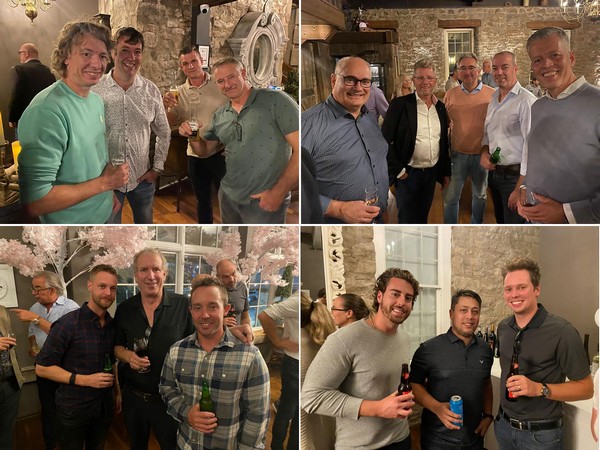 'Canadian Night' with Havecon
On Tuesday evening, the 4th of October, the trade show was heralded with a drink. At the invitation of Havecon, they raised their glasses to a successful edition. 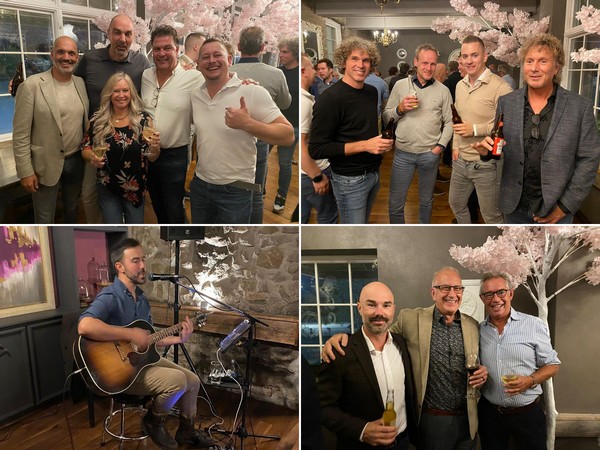