The Australian horticulture industry is in the process of moving from its sustainability framework stage to having a more detailed report to help guide the different fruit and vegetable industries specifically measure their goals and outcomes in the future.

The Australian Grown Horticulture Sustainability Framework was released by Hort Innovation in June 2021, but global sustainability policies and corporate action has evolved rapidly over the past twelve months. Roth Rural Agriculture and Sustainability Specialist Ingrid Roth was the Project Lead and said it was important to bring everyone back together to revisit, redefine and expand on some of the core issues.

"There has been a lot of talk around big drivers on sustainability, but a lot of agriculture has worked in the actual practices of sustainable land management for some time, but we don't have very good data," Ms. Roth said. "So what did we do? We started with what is called a materiality assessment, so going out and looking at the whole range of stakeholders across the supply chain and externally to see what were the key topics. We also looked at goals, and we found some on the United Nations Sustainable Development Goals through to each individual industry's goals within horticulture. We also did some data mapping to see what's out there, as we got a clear message that the industries did not want to do more measuring and spend budgets on that. So we had a look at what's out there, and there's actually a reasonable amount." 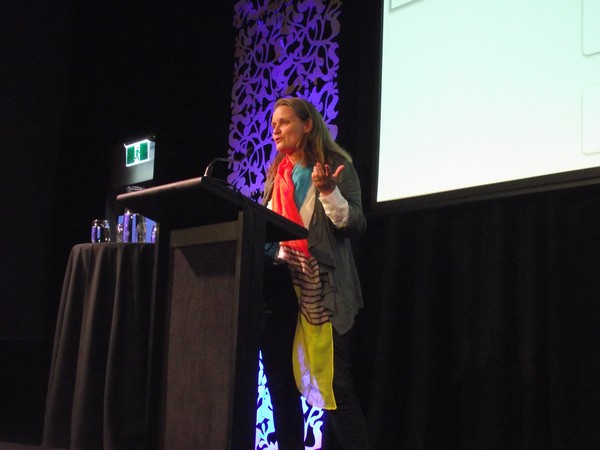 The report will also look at the recent release of two other documents this year, including the Global Reporting Initiative's Agriculture Aquaculture and Fishing Standard and the National Farmers' Federation's whole of Australian Agriculture Sustainability Framework, to see how they fit together.

"So what we've tried to do is work through what this concept actually means in terms of horticulture production," Ms. Roth said. "There may be parts of this that may not be specifically relevant to berries, for example, but relevant to someone else, or it may not be as high of a priority to some sectors because it's a broad scope across horticulture. But a lot of the water ones, I'd say, are quite relevant. So we've listed them as a series of goals and then a set of indicators of how you could measure." 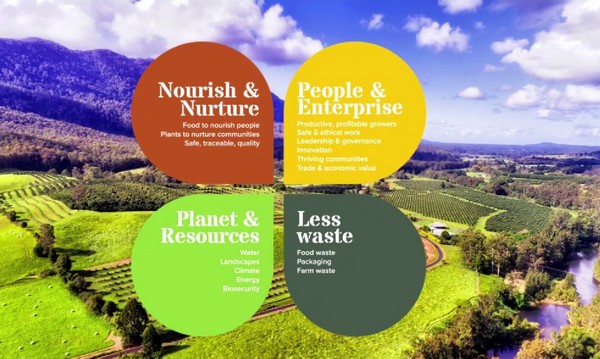 The Framework explored the interconnection between economic, social, and environmental outcomes that are core to the sustainability of the horticulture industry and its people - and it outlined four key pillars: Nourish and Nurture, People and Enterprise, Planet and Resources, and Less Waste.

"You've heard a lot about the saying People, Planet and Performance (or profit), but we thought it was important to highlight that people kept saying to us that we actually produce food," Ms. Roth said. "From a sustainability perspective, that is one of the most fundamental things. There is a tendency in ag industries to be a bit defensive around minimizing impact but at the end of the day producing food is crucial. In terms of Planet and Resources, there are indicators that are around not only minimizing the footprint on the planet but also looking at the resources that you need to be able to produce food. We are likely to tweak a bit based on the things that have evolved, particularly we had climate under Planet and Resources before, but it's just become such a bigger and a dominating thing. The Food Waste component is considered a really big priority, and I think there's opportunity there to look at food tech solutions."