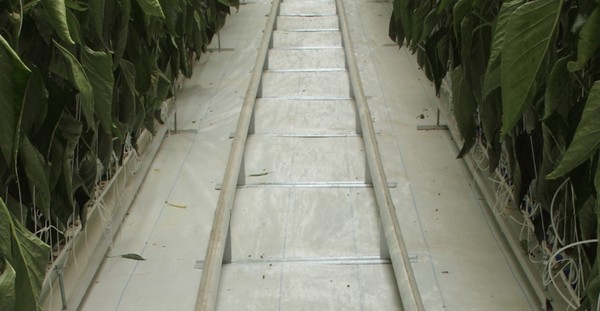 In June 2022, a study was conducted at the Ludvig Svensson North American headquarters to determine temperature differences in white and black groundcover. To prepare for this study, two samples of Svensson’s black and white groundcover were placed outside in direct sunlight for a period of four hours. Over the course of the four-hour period, the external temperature remained around 91°F, and no shading material was provided to block the sunlight from directly reaching the groundcover. After the study period was over, Svensson used a thermal imaging camera to capture the temperatures of both ground cover samples. The results were analyzed, and our findings were that there is a measurable difference in using white groundcover instead of black groundcover, and growers can expect a variety of benefits by making this change.

With Svensson’s groundcover, growers can take the next step in controlling their climate and accelerating their crop health and yield. This groundcover is designed to control weeds, support light absorption, and endure the toughest climate conditions.