As autumn begins, the solar greenhouses of south-eastern Spain, located in the provinces of Almeria and Granada, take over the summer supply and get ready to supply Europeans during the colder months, when continental production becomes more difficult due to low temperatures.

This year, the high price of gas and electricity is expected to play into the hands of Spain's solar greenhouses. "Our European neighbors need fossil fuels to simulate similar conditions to the conditions in our area to grow their plants. As a result of the increase in prices, many farmers in central and northern Europe will have to finish their productions before the weather gets worse," the Cute Solar consortium stated. Meanwhile, the good climate of Almeria and the Granada coast, which are bathed by 3,300 hours of sunlight a year, makes it possible for crops to grow without relying on external energy sources. 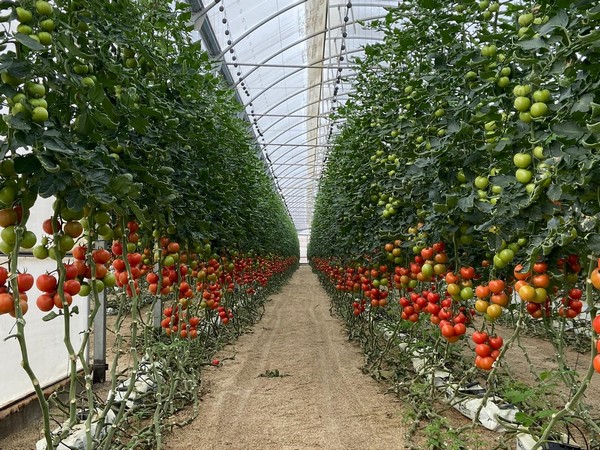 Solar greenhouses, Europe's vegetable garden
In this campaign, the cultivated area will stand at around 35,000 hectares, a similar number to last season. According to the Cute Solar consortium, the area used for the cultivation of tomatoes, cucumbers, and peppers is expected to increase by 14%, 5%, and 2%, respectively. On the other hand, the area devoted to zucchini will decrease by 15%, and the area for eggplant will fall by 10%.

Nevertheless, the sector expects to produce some 4.5 million tons of products, a similar volume to the ones achieved in the previous marketing years and enough to supply 50% of the domestic market and 60% of European markets during the winter months.

The area cultivated under biological control increased
74% of the main fruit and vegetable products grown in the solar greenhouses of southern Spain are grown using biological control techniques, 2% more than during the last campaign.

This technique renounces the use of plant protection products in a very important way, replacing them whenever possible with natural regulatory mechanisms and environmentally friendly resources. The result is that the plants grow more vigorously, the fruits are tastier, the working environment is healthier for people, and the production contributes to a more sustainable environment.