Amidst Hurricane Ian, Colombian bell peppers arrived in the US for the first time

Colombia just exported nine thousand kilos of bell peppers to the United States for the first time ever. This shipment, which arrived at the Miami Port Wednesday afternoon, despite the strong winds and surges from Hurricane Ian, goes to Central Florida, where it will reach out to customers around the southeastern USA. 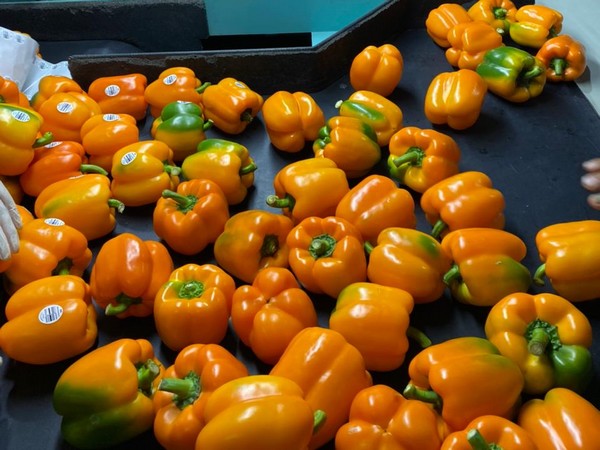 These bell peppers were grown in the municipality of El Dovio, in the department of Valle del Cauca, by the company Pimentonera Santa María and are being shipped by the company Clasifruit.

Expectations for the bell pepper sector in Colombia are high, given that the United States is the main importer of this product in the world. According to the USDA-FAS, the value of bell pepper imports in 2022 has reached US$ 1.9 billion, with the main supplier being Mexico, followed by Canada and the Netherlands.

The Minister of Trade, Industry and Tourism of Colombia, Germán Umaña Mendoza, stated that the country "seeks to expand its exportable offer, not only for foreign markets but also for the domestic market since one of the purposes of the National Government is to enhance national food production and achieve food sovereignty and security, as well as trade balances. We celebrate this first export that points towards the fulfillment of several of these objectives", he added.

Besides the bell pepper variety, which are the ones arriving from Colombia in this first shipment, the U.S. Department of Agriculture's Animal and Plant Health Inspection Service (APHIS) also authorized the importation of five commodities of fresh pepper fruit from Colombia, such as the locoto pepper; the habanero pepper; the tabasco pepper, and the manzano pepper.

The Colombian Ambassador to the United States, Luis Gilberto Murillo, welcomed the news and noted that this is a new opportunity for Colombian farmers. "This is the result of a joint work between the Ministry of Trade, Industry and Tourism, The Ministry of Agriculture and Rural Development, the Foreign Ministry, ICA, ProColombia, and the Embassy of Colombia in the United States," he said.

"The first export of Colombian bell pepper to the U.S. has generated more than 100 direct jobs in El Dovio, a municipality of 8,508 people. The goal is to increase Colombian agricultural exports to benefit our farmers, which generate real opportunities and a positive impact in the countryside to attain the peace efforts in Colombia", Murillo added. 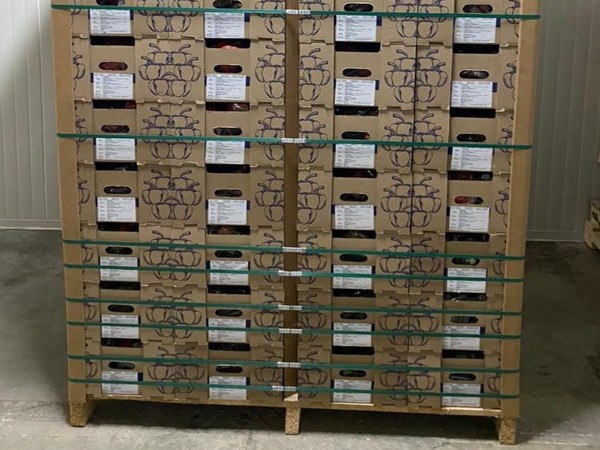 Juliana Villegas, Exports Vice President of ProColombia, the government agency in charge of promoting non-mining exports, tourism, and investment in the country, stated that "this opens a window both for the Colombian agricultural sector as well as for the American buyers, due to the country's diverse topography and climate zones, which allow crops to be harvested year-round," she said.

"This historic moment is also the outcome of an articulated operation between the National Government with entrepreneurs from different regions, which is in line with the great potential we have as a world's food supplier. The breakthrough is an outcome of Colombia's phytosanitary diplomacy continuous and permanent work that has allowed various products access to the American market over the last decade," Villegas added.

The grower Pimentonera Santa María expects to continue working with local producers to consolidate their installed capacity and is confident that "Americans will fall in love with the Colombian bell peppers, since it is a high-quality product that, due to its packing technology, will be kept in optimal conditions for more than three weeks, arriving to the Americans' tables fresh and tasty," said Juan Carlos Mendoza, director of the company.

This achievement is a sign of the success that Colombia has had in the diversification of its agricultural offer. As a matter of fact, to date, Colombia has over 100 varieties of agricultural products with the green light to enter the U.S. market. Amongst other Colombian commodities found across the American territory are Hass avocados, golden-berries, blueberries, tangerines, oranges, pineapples, mangoes, and Tahiti limes.

The Ministry of Trade, Industry, and Tourism, together with ProColombia and other national institutions, will also continue to work on gaining access to other agricultural goods such as passion fruits (gulupa, granadilla, yellow passion fruit, and curuba).