"Robots may be the future, but it'll be a long while before they can pick strawberries"

"Robots will play a vital role in agriculture's future," says Pål Johan From. With the problems the strawberry and virtually all sectors currently face, the focus is increasingly on automation and robotization. So too, at the International Strawberry Congress 2022. There, From, founder of Norway's Saga Robotics, gave participants a peak at the future of robotization and described its need. Yet, in some areas, regularly using robots is still a long way off. 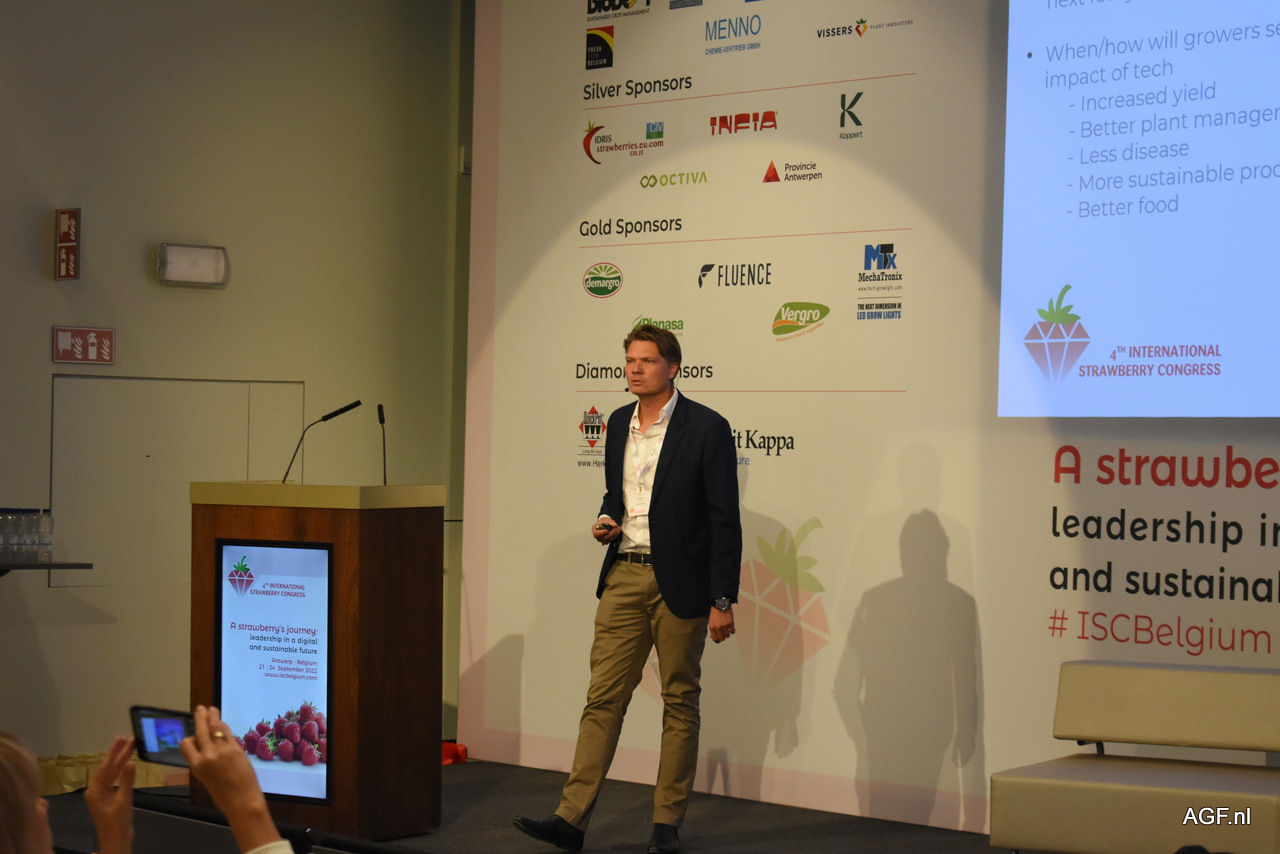 The current macroeconomic situation creates many challenges for the strawberry sector. Cultivation prices are constantly rising, manure is getting pricier, energy costs are skyrocketing, and more expensive, but especially scarce labor is causing many problems. "The world population also continues to increase annually. That means we have to produce more food with fewer available resources."

"Plus, job agencies have to increasingly deal with food industry workers having 'boring, repetitive' tasks. We have to find a solution," From continues. Aside from finding laborers for growers, robotization plays an essential part. The Robot Highways project has estimated that robots could eventually help reduce the number of human farm workers needed by as much as 40%.

Thorvald
Saga Robotics, founded in 2016, has been working on the 'Thorvald.' A team is designing a wide range of tools for this field robot, with the current focus being on developing a UV treatment against powdery mildew in strawberries and wine grapes. "The strawberry sector, however, uses almost no robots. People increasingly realize that this is needed."

"That's why start-ups are springing up like mushrooms. Still, it remains challenging: many robots aren't yet mature or reliable enough for use. Many companies are, thus, not focusing on the simple, repetitive work; they're trying to use robots to solve the 'more difficult' problems," explains From.

"We went through a trial and error phase with our autonomous, sustainable field robot. It uses UV radiation for crop protection. Our robot's high frequency and reliability have since allowed us to build a reliable reputation with our crop protection partners. As the robots work, they continually collect data which is used to develop AI to make the robots safer."

"However, that requires plenty of work and patience. So for crop protection, we're at that point where robots can take the work completely out of the growers' hands. The robots can drive themselves through the tunnels or fields. But, that's something that's far out of reach when it comes to harvesting strawberries," says Pål Johan. 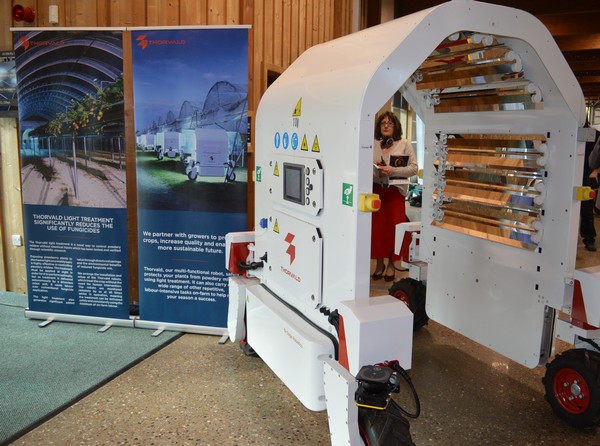 "Harvester still a long way off"
Why is it taking so long to develop a strawberry harvesting robot? "The biggest reason is simply that robots are still too slow compared to humans. Plus, many prototypes leave much to be desired, quality-wise. Still, most research focuses on innovations in only certain areas," says From.

"Those involving little to no human work but less on the 'smaller' tasks. Thus, harvesting robots are nowhere near as fast as humans. I doubt that will ever happen, but it's up to us to get close. The robots have to be attractively priced, too, before growers will use them. It's a long, difficult process, but it's coming along."

"Technology allows robots to take over an ever-increasing number of many cultivation company tasks. That frees up time and resources to focus on those jobs that require human involvement. And the results support us; our customers save significant labor time and costs and have improved yields. It's an inevitable future path, but it requires some patience for now. But make no mistake, change is coming," From concludes.