“The climate in Sicily truly makes our tomatoes unique”

The biggest part of the agricultural sector in Italy is composed of small-mid-sized businesses, each of which is closely connected to their territory in how they operate. One of these is the Padua family business. “We grow tomatoes in our greenhouses,” says Corrado Padua, agronomist and next in line to take the helm of the family company. “Previously, we also used to grow eggplants and bell peppers in an open field, as well as a unique variety of bean named Fagiolo Cosaruciaro di Scicli, which can be found in this area only.” Then, a couple of years ago, the company expanded their greenhouses. From that moment on, their focus has been solely on greenhouse tomato cultivation. “The newly constructed, multi-tunnel, sawtooth greenhouse. This ensures better air circulation and allows us to be more efficient during the warm season.” 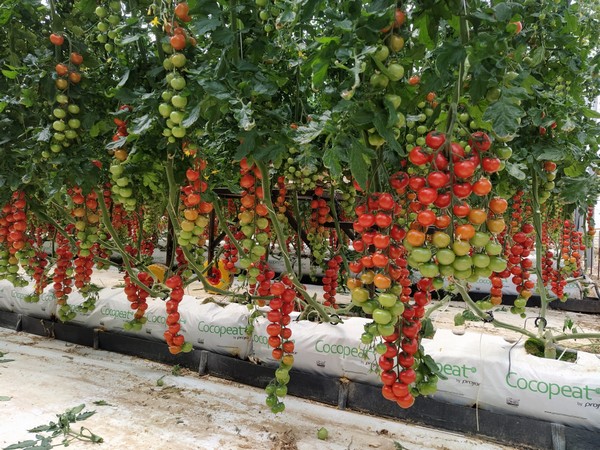 The close connection with the territory characterizes the produce grown in this area in Sicily, and Corrado’s tomatoes are no exception. “The climate here is one of the things that truly makes our tomatoes unique,” he says. But of course, that’s not the only reason. “My principle is that I wouldn’t eat myself anything that isn’t healthy and grown sustainably. That’s why, for instance, I mainly use natural remedies as crop protection and resort to chemicals only when strictly necessary.” However, this comes at a cost. “Chemicals are better in terms of quick results,” Corrado points out. “With natural products and the likes, you need to reconsider your method, as those require a constant application. This also means that operational costs go up, as natural products are usually more expensive than chemicals.”

At the same time, Corrado’s utmost care for sustainable cultivation doesn’t make him eligible for being considered organic. “That is because I grow hydroponically, and as such, it can’t be considered organic, even though I use way fewer chemical substances than conventional cultivation.” 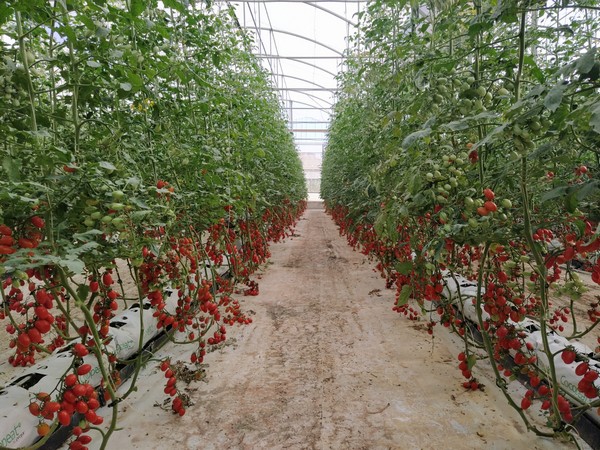 Operational costs building up can be quite worrisome during these times of energy and water crisis. “Everything got more expensive,” Corrado says. “For instance, even though we mainly have net greenhouses here, they still have a steel and iron infrastructure. However, the price of the steel has gone through the roof: if in the past you’d get a quotation of 30-35 euros per square meter, now it doubled.” There’s a chain of events going on in Sicily that is making the job of growers like Corrado much more complicated than it usually is. “The water is becoming extremely scarce, which means that growers had to take measures to safeguard the reservoirs, oftentimes at the cost of part of their crops.”

Corrado has indeed already been seeing a reduction in the cultivated areas around him. “Many growers have reduced their crops because of skyrocketing operational costs and a chronic lack of labor. How much less produce will be in the market is still to be seen, as the campaign has just started. I believe that by December, it’ll be safe to make some sort of assessment.”

As if all of that wasn’t enough, tomato growers, and Corrado too, of course, have been battling with the tomato rugose virus, which is killing large portions of crops. “That is undoubtedly our biggest challenge nowadays,” he remarks. “Once, I lost 50% of my crop because, unfortunately, there’s nothing we can do: once it’s in the greenhouse, it’s already too late. The only way out of this mess is to research new resistant varieties that can minimize the effects of the rugose virus. There’s still some time to wait before we get there, but I believe that in 2-3 years, we’ll have something resistant to the rugose virus. However, this situation has been going on for five years already, so I’m looking forward to the moment all of this will be over.”

The uncertainty in the horticulture sector makes it difficult for Corrado and other growers to make long-term plans. “You need to invest carefully,” he says. “It’s not unusual nowadays to take a little break and ponder over the possible next steps. At the same time, I’d like to diversify my crops further, adding some novel varieties such as yellow or even purple tomatoes. On top of this, I’d like to invest more in our infrastructure and implement systems that allow you to fully control the climate. This aspect would greatly benefit a business, as a grower would get a bigger yield and could control pests and pathogens with much less effort.”