"Ideally, we will discover how to make sensitive tomato varieties less susceptible to powdery mildew"

Tomato growers who have had to deal with a crop that suddenly turned white, know how annoying an outbreak of powdery mildew can be. Reason enough for researchers at NovaCropControl to investigate whether it is possible to use nutrition to make plants resistant to the fungus. "Ideally, we would succeed in making sensitive varieties less sensitive," said Marieke Jongeleen, researcher and advisor in bell pepper and tomato, during a public seminar on August 31. 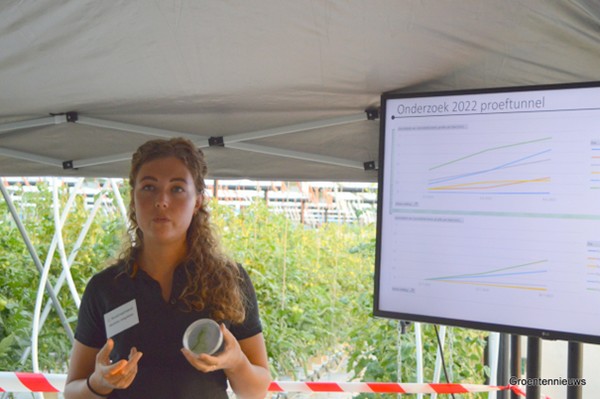 Counting spores
The plant juice specialists started their research in 2020. This involved starting a cultivation in climate chambers. 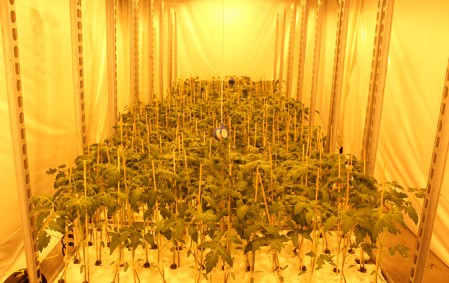 Six varieties were used, with three known to be sensitive and three less/insensitive varieties. Leaves were picked from the plants and those leaves were placed in petri dishes for scoring and counting for spore counts. 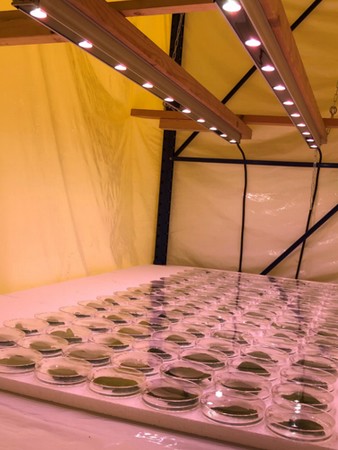 t same year the research was continued in the tunnel greenhouse at the trial site in Loon op Zand. Two varieties were tested, the most sensitive and the most insensitive variety from the earlier trial. With five nutritional treatments, three repetitions were done each time. 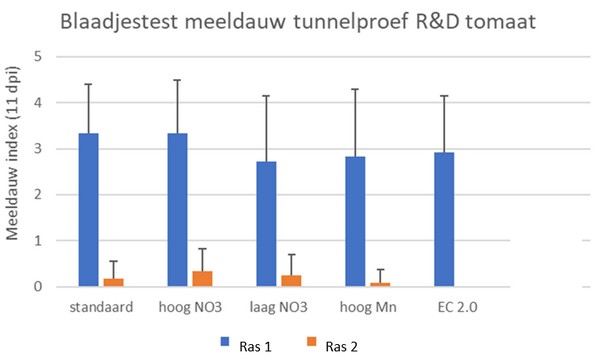 Adjusting the leaf tests
In 2021, the trial continued with four nutrient treatments, adding one treatment with low calcium and dropping the treatment with manganese and an EC of 2.0.

After this research, the researchers concluded that some fine tuning of the leaf test was needed. This has now been done. 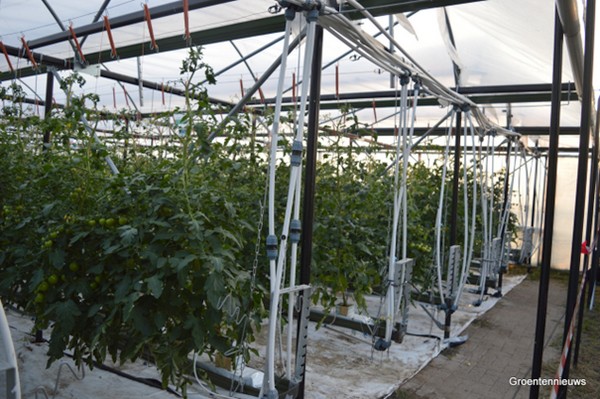 After stepping back in the research to fine-tune the research method, a shortterm tomato crop was set up in 2022, again in the tunnel greenhouse, with six varieties this time, just as in 2020. This time a distinction was made between 'standard' nutrition for a coarse variety and a fine variety. After planting, the tomato plants are being kept in the tunnel for ten weeks. 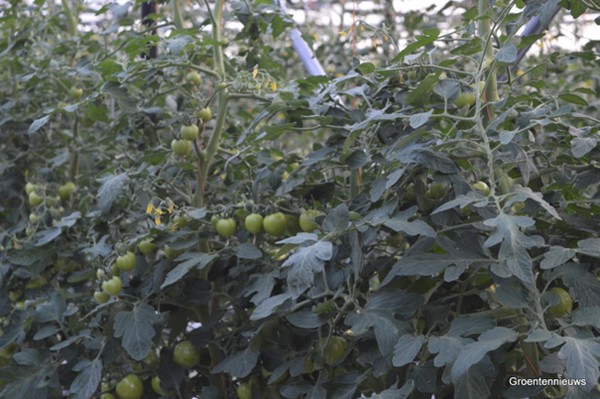 Linking variety sensitivity to nutritional elements?
In the climate chambers that NovaCropControl spoke about, research into tomatoes with mildew is being done as well. There, the crops are underneath both LED and HPS lights (SON-T below in the graphs). 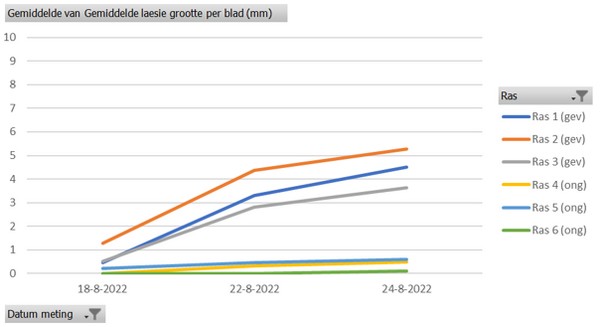 It was striking, Marieke pointed out, that with LED even insensitive varieties showed an increase in mildew, and even more so when exposed to HPS. 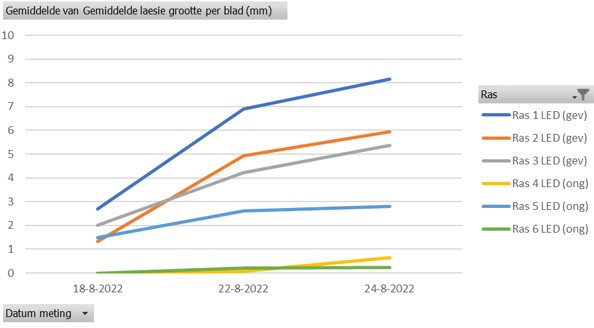 Mildew results with LED lighting (above) and HPS (below)

She did note that the "heating temperature" in the climate chamber during the test with LED and HPS was the same, but because of the radiation heat from HPS, there the temperature was higher. Additional plant stress may have caused extra mildew sensitivity.

Continuing the research, the researchers would like to be able to link the sensitivity of the varieties to the results of the elements present in plant juice analyses. At the end of Marieke's presentation, the audience laughingly remarked that, while doing research, more and more questions came up. "Would that be irritating or interesting?" was the question. The growers soon concluded that it was particularly nice that these researchers are looking into this, so they themselves could focus on the day-to-day management of their crops. 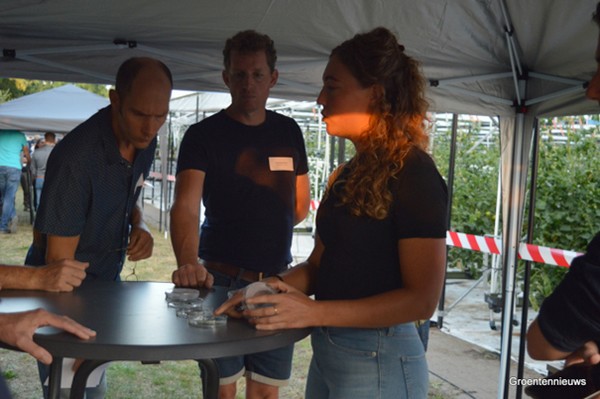